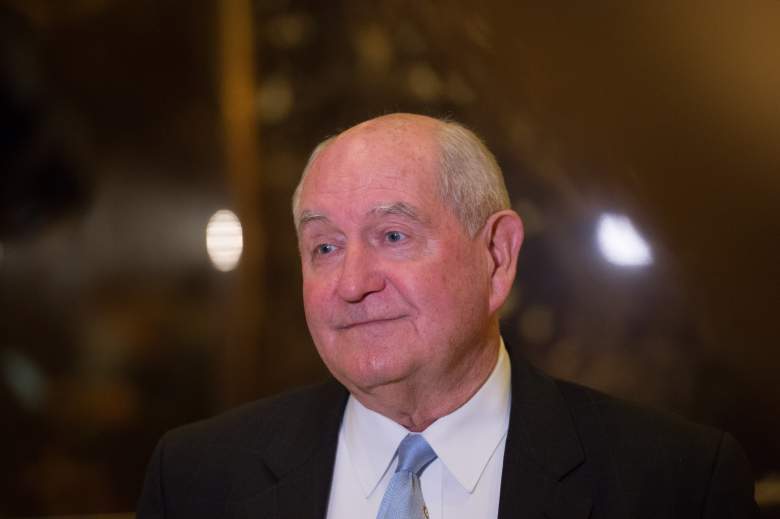 Sonny Perdue speaks to the media in the lobby of Trump Tower on November 30, 2016. (Getty)

Sonny Perdue will be Donald Trump’s nominee for secretary of Agriculture, The New York Times reported this week.

Perdue served as the governor of Georgia from 2003 until 2011, and he was the first Republican governor of the state since the 19th century. Perdue has been out of political office since 2011, though he currently serves on the Governor’s Council of the Bipartisan Policy Center in Washington, D.C.

Here’s everything you need to know about Sonny Perdue. 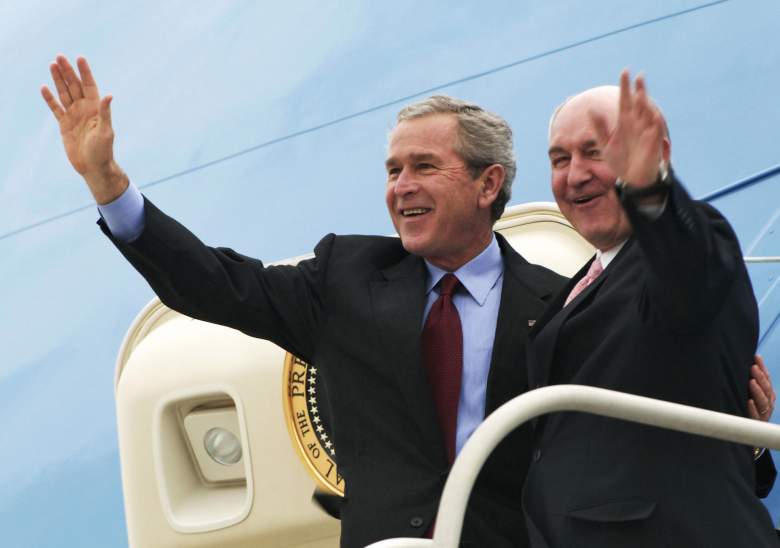 Sonny Perdue and Donald Trump have one thing in common: they both changed their party affiliation from Democrat to Republican. But unlike Trump, Perdue actually served in government as a Democrat before he became a Republican.

Perdue served on the Houston County Planning & Zoning Commission in the 1980s, and he later represented the 18th district in the Georgia General Assembly from 1991 to 2001; 1998 was the year he switched his party affiliation, and he was re-elected to serve in the state Senate again, this time as a Democrat. Purdue also helped switch four other Georgia senators from Democrat to Republican, according to the Savanah Morning News.

Perdue won re-election again in 2000, but he resigned the following year to run for governor; he won and ended up serving two terms, from 2003 to 2011.

2. He Endorsed Jeb Bush in the Republican Presidential Primary 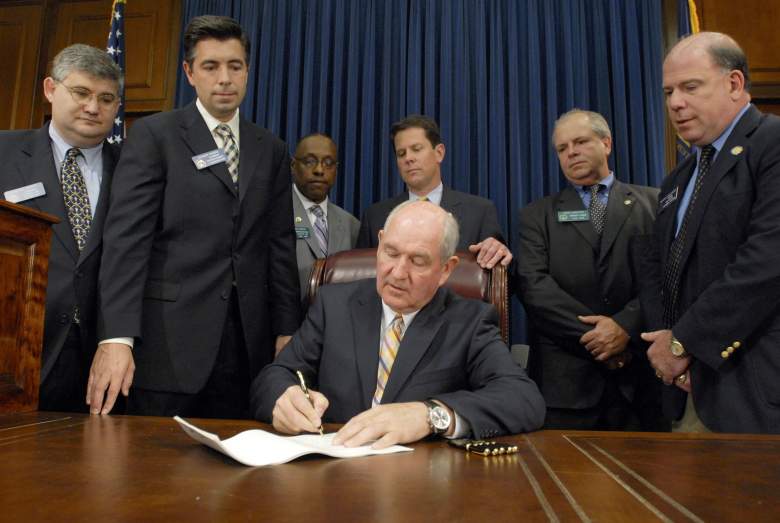 Like most elected Republicans across the country, Perdue did not initially support Donald Trump for president. Instead, he first backed Mike Huckabee and later got behind Jeb Bush in February 2016.

“I know Jeb Bush. Jeb knows what it takes to govern in a state that is a microcosm of the United States of America,” Perdue said at the time. “Jeb is a policy innovator with comprehensive plans to tackle the tough issues our country faces.”

However, Perdue did end up coming around and endorsing Trump, andh he later joined the Trump campaign’s agriculture advisory committee.

3. He Was Criticized for Asking Georgians to Pray for Rain During a Drought 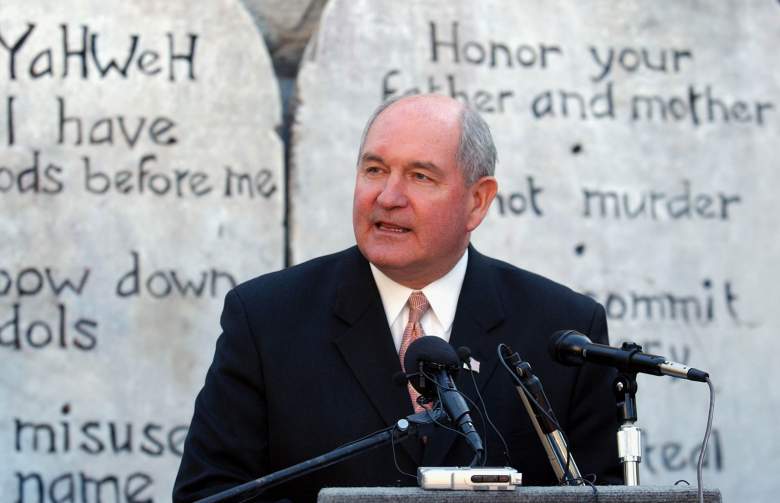 Sonny Perdue speaks in support of the public display of the Ten Commandments at the state Capitol in Atlanta, Georgia. (Getty)

Those outside of Georgia might recognize Sonny Perdue as the governor who asked his citizens to pray for rain during a serious drought in 2007.

In November 2007, during a time when farmers were struggling throughout the South, Governor Perdue took to the Georgia state capitol to, along with hundreds of Georgia residents, pray for rain.

“I’m here today to appeal to you and to all Georgians and all people who believe in the power of prayer to ask God to shower our state, our region, our nation with the blessings of water,” he said at the time, according to NPR.

This was not the extent of Perdue’s efforts to combat the drought; he also declared states of emergencies in many Georgia counties, met with governors of nearby states and sued the Corps of Engineers in an attempt to reduce the amount of water flowing into neighboring Alabama and Florida. Still, Perdue was criticized by some Georgians, who said that he was not doing enough to fight the drought and that he was again involving his personal religion in his role of governor; he also fought in 2005 to display the 10 Commandments on the Georgia state capitol.

“You have a history of making prayer proclamations,” Annie Laurie Gaylor, founder of the Freedom From Religion Foundation, said in a letter to Governor Perdue at the time. “It is time to quit confusing the office of governor with that of ‘state preacher.’ ” 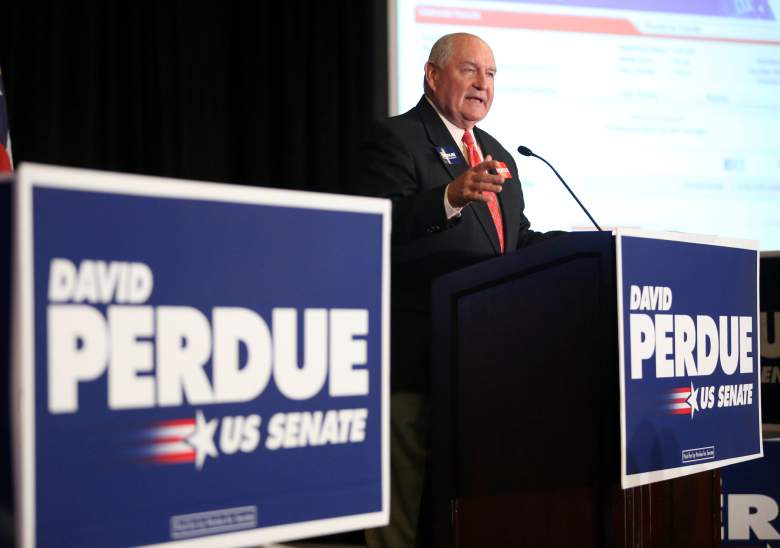 Sonny Perdue addresses the crowd during a gathering for his cousin David Perdue in Atlanta, Georgia. (Getty)

Sonny Perdue is not the only well-known politician from the Perdue family. His cousin is David Perdue, a senator from Georgia who was elected in 2014.

Prior to becoming a senator, David Perdue worked in business, and he touted his business experience while running for office. He has that in common with Donald Trump, and Perdue enthusiastically supported Trump during the 2016 election even before his cousin Sonny did.

“Two short years ago, I was an outsider businessman campaigning for the first time and endured some of the same criticisms being leveled against Mr. Trump today,” Perdue wrote in a June 2016 op-ed in The Washington Post. “Through my own experience, I probably understand the Trump phenomenon and the new reality of this electorate better than most.”

Perdue went on to say that voters today are more motivated by their frustration with Washington than by their ideology and that this movement is bigger than Trump himself, although Trump has been able to successfully tap into it.

After the first presidential debate in September, Senator Purdue said in a statement, “Tonight, Georgians and the American people saw a clear choice in this election: an outsider and businessman who is committed to restoring American greatness, or a dishonest career politician who will double down on President Obama’s failed policies.”

David Perdue met with President-elect Trump at Trump Tower last month. A spokesperson for Perdue said at the time that the meeting concerned Trump’s first 100 days in office and his plan to work with the Senate; it did not appear to have anything to do with a cabinet position, according to the Atlanta Journal-Constitution.

5. He Is Married & Has Four Children 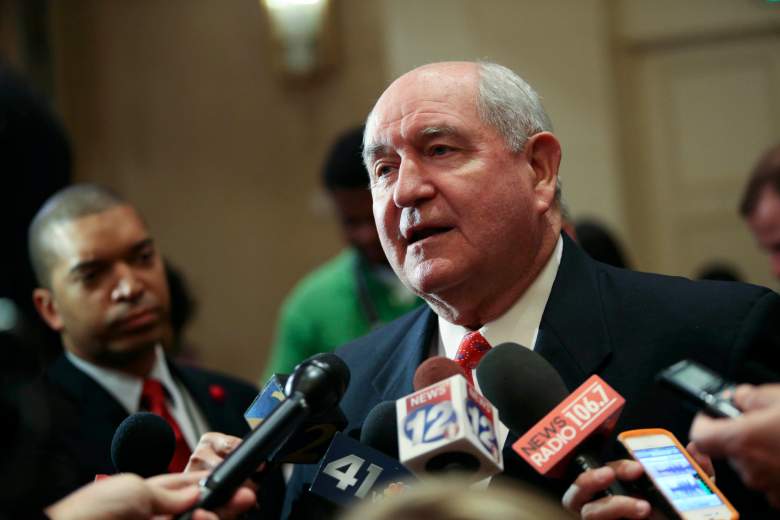 Sonny Perdue talks with members of the media on November 4, 2014 in Atlanta, Georgia. (Getty)

Sonny Perdue’s wife Mary Perdue, whose maiden name is Mary Ruff. Mary was born in New Orleans and is the third of five children. She met Sonny on a blind date while going to school at the University of Georgia, and they were married in September of 1972, according to her profile on the official state of Georgia website. Mary served as a stay-at-home mom for about two decades before working as a speech therapist to public school children.

While first lady of Georgia, Mary Perdue launched a campaign called “Our Children,” which was focused on raising awareness of the need for more foster care programs in Georgia. The Perdues themselves served as foster parents for eight children awaiting adoption in 1998.

Sonny and Mary Perdue have four children and fourteen grandchildren. The Perdues teach a Sunday school class at the First Baptist Church of Woodstock focused on the importance of marriage. 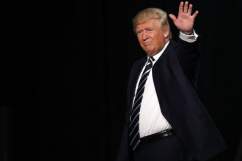