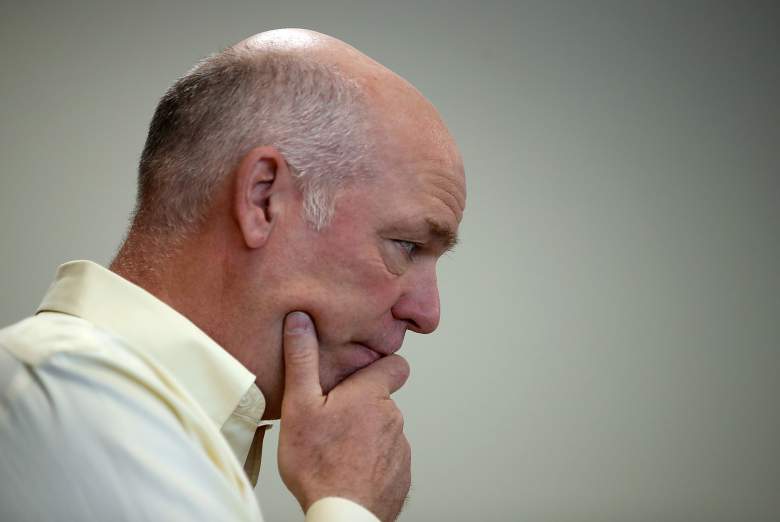 Greg Gianforte during a campaign meet and greet. (Getty)

Greg Gianforte, a Republican candidate for the U.S. House of Representatives, is at the center of a massive political scandal on the eve of the election.

On May 25th, Montana will be voting to pick the next representative for the state’s at-large congressional district. This is a race to replace Ryan Zinke, as Zinke resigned to become Donald Trump’s secretary of the Interior. The main two candidates are Republican Greg Gianforte and Democrat Rob Quist. Greg Gianforte has been the heavy favorite, but on Wednesday evening, a reporter for The Guardian said that Gianforte body slammed him and broke his glasses after he tried to ask a question about health care. Police are now looking into the incident.

So can a candidate who police are investigating for alleged assault still win a seat in Congress? How will this affect Gianforte’s chances?

An important factor here is the fact that this all unfolded just one day before the election, and many votes have already been cast by mail. According to Daily Kos Elections, about 250,000 people voted early, casting their ballot before this whole body slamming incident. That’s a very substantial amount, as the average turnout in Montana’s at-large congressional district during the last three elections was 378,000. Assuming turnout is not significantly higher than it was during the general election and the midterm elections, that means that 66.1 percent of the vote has already been cast.

According to the Bozeman Daily Chronicle, there are only 699,207 registered voters in Montana. That means that even if every single registered voter in the state participants in this election, 37 percent of the final vote is already in.

And Greg Gianforte already had a very significant advantage. A Gravis Marketing poll released on May 22nd showed Gianforte capturing 49 percent of the vote compared to Rob Quist’s 35 percent. An Emerson College poll from April showed Gianforte having an even bigger lead, ahead of Rob Quist 52 percent to 37 percent.

As Daily Kos Elections points out, Montana does offer same-day registration, meaning it’s possible that there could be a surge of voters showing up tomorrow to choose Rob Quist who otherwise wouldn’t. However, Quist was already at such a massive disadvantage, and a significant percentage of the vote is already in, meaning the chances of Greg Gianforte being elected to Congress tomorrow are still very high.

On May 24th, The Guardian reporter Ben Jacobs says he approached Greg Gianforte to ask a question about the Congressional Budget Office’s recent rating of the American Health Care Act. Gianforte allegedly body slammed the reporter, screaming, “Get the hell out of here.” The Gianforte campaign subsequently released a statement in which they do not deny that this took place but say that Jacobs was being aggressive.

“Jacobs was asked to leave,” the campaign said in a statement. “After asking Jacobs to lower the recorder, Jacobs declined. Greg then attempted to grab the phone that was pushed in his face. Jacobs grabbed Greg’s wrist, and spun away from Greg, pushing them both to the ground. It’s unfortunate that this aggressive behavior from a liberal journalist created this scene at our campaign volunteer BBQ.”

Greg Gianforte recently received the endorsement of President Donald Trump, with Trump recording a robocall for him this week.

“Hi, this is President Donald Trump and I know what the people of Montana really want and really care about,” Trump said. “Lower taxes, good paying jobs, secure borders – and we’ve done a great job on those borders – and protecting your God-given right to bear arms. If you don’t vote tomorrow, the liberal Democrats running for Congress will decimate and dismantle all that we’ve done, including they will be raising your taxes and they will be giving you health care that won’t work.”

Trump goes on to say that everyone should vote for “my friend Greg Gianforte” because he’s “a wonderful guy” who “knows how to win.”

Read More
Breaking News, Montana, Politics
Greg Gianforte, candidate for U.S. House of Representatives, is at the center of a massive political scandal. Can he still be elected to Congress on Thursday?