A former substitute teacher at a Connecticut high school is accused of running a student fight club, with teens squaring off in classrooms, state police say. The teacher acted as a referee, and was seen on videos “smiling and laughing,” while students were “hooting and hollering” during the brawls, according to police.

Ryan Fish, 23, of Bozrah, was fired by Montville High School in October and was then arrested on April 12 on several charges, the Norwich Bulletin reports. He was charged with two counts of risk of injury to a minor, which is a felony. He was also charged with four counts of second-degree reckless endangerment and second-degree breach of peace, all misdemeanors.

Fish, a math teacher, was confronted about the fights and told administrators “boys will be boys,” before his firing. According to police, the students in the fights seemed to be “unevenly matched,” and one student who was “much smaller” than his opponent could be seen “retreating” throughout the fight, and showed “real and identifiable signs” of being traumatized by it. Fish admitted to encouraging the “slap fights,” but told police it was just “horse play,” when interviewed, according to court documents.

1. Fish Can Be Seen in Videos ‘Egging On’ & ‘Directing’ the Students, Who Were Hitting Each Other With ‘Full Force’ Open Hand Strikes to the Head & Face, Police Say

Police began investigating “organized fighting incidents,” within Montville High School, “within a classroom,” in December 2017, Officer Karen Moorehead, wrote in the application for an arrest warrant. She wrote that “video footage shows a school employee was present during these incidents and was actively encouraging the students to engage in the fighting behavior.” Moorehead, the school resource officer at Montville High School, wrote that the employee was identified as Ryan Fish.

Moorehead began investigating when a Department of Children and Families social worker reported that a 15-year-old boy who was involved in the “organized fights” had told her he was “robbed and beaten” by other Montville students and had shown “real and identifiable signs of having been traumatized,” according to court documents. Moorehead talked to the assistant principal at Montville High School, Tatiana Patton, who said that on October 10, 2017, she was made aware of a “fight club” happening in a math classroom where Fish was a substitute teacher. According to Moorehead’s affidavit:

Moorehead said the assistant principal showed her two cell phone videos of the two victims “slap fighting.” The officer wrote that she saw the two boys “throw multiple open hand strikes to the face and head of each other,” and said, “these strikes appeared to me to be full force strikes with open hands.” She said Fish could be seen in the video saying something to the effect of, “move this way, away from the door.” Other students could be heard “hooting and hollering” as the video ended.

Patton told Moorehead that she and the school’s principal, Mr. Theodoss, had a meeting with Fish that day about the videos and Fish told them “boys will be boys” and said he “grew up in the country and boys do stuff like that.” Fish was sent to the superintendent’s office and fired.

On December 18, a concerned parent sent additional videos to the school district’s superintendent showing two other teen boys fighting while Fish watched. In one of the videos, police said the students “engaged in the fights appeared to be unevenly matched.” One of the boys “was much smaller than the other student” and appeared to be “retreating throughout the fight video.” The videos also showed Fish “directing” students and moving a trash can so the fight could continue, police said.

In another video, police said Fish appeared to be standing between two boys about to fight and was acting as a referee. “Mr. Fish moves backwards out of the way while thrusting his hands down and gets behind his desk. …Mr. Fish also appears to be smiling and laughing as he thrusted his hands downward and getting behind his desk,” police said.

In one of the videos, police said one of the boys could be seen carrying a garbage can while someone in the background says he is “throwing up.” The boy can then be seen coughing, gagging and dry heaving, police said. The boy told police that he was dry heaving because he was out of breath and energy after the fight.

One of the boys told police that during one incident, Fish “started the fight by saying, ‘One, Two Three,'” police said. He tried to start a “second round” of the fight, but was interrupted when the school bell rang. 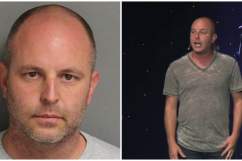 2. He Told Police ‘the Truth Is, I’m an Idiot & Wanted to Befriend Them, I’m Immature’

Fish told police that he saw the fights as “horse play,” and said he didn’t know it was wrong and should have reported it to the administration. Fish, who was 22 at the time, said he was close in age to the students, and told police, “The truth is I’m an idiot and wanted to befriend them. I’m immature.”

He also said, “I just try to be the teacher that the kids come to and actually express themselves and actually work through their issues kind of a social thing,” according to court documents.

HAPPENING NOW: during an interview I had with Ryan Fish several minutes ago he denies facilitating the fight clubs, he says he never had training for situations like that and he apologizes to the victims parents saying he had no idea how bad it looked. pic.twitter.com/dXckHVUmQR

Students told police that Fish talked during one class about smoking weed and trying other drugs. He also allowed students to draw pictures on the board multiple times, usually depicting penises, including one drawing of Fish and another teacher where “one was giving the other a blow job,” according to court documents. Fish also wrote his Snapchat username on the board and “told us we could add him and that it was OK for us to be friends because he was just a sub,” according to court documents.

You can read all the court documents in the case below:

3. Fish Began Working at Montville High School in 2017 After Graduating From Sacred Heart University With a Philosophy Degree

Ryan Fish began working at Montville High School as a substitute math teacher in the spring of 2017 after graduating from Sacred Heart University in Fairfield, Connecticut, with a degree in philosophy, according to his Linkedin profile. Fish also studied philosophy at Sacred Heart and was a philosophy tutor there from 2015 to 2016. Also while at Sacred Heart, Fish was the president of the philosophy club and was in ballroom dance, the concert choir and the men’s acapella group. He wrote on Linkedin about his college studies:

Invested four years analyzing and dissecting complex texts and philosophical arguments in order to synthesize the core points of each of them. This research taught me how to write my own complex arguments and counters, as well as the proper format and tone a successful argument should take. In addition to my bachelor’s I pursued a minor in psychology with a concentration in adult psychology. This endowed me with knowledge of mature human behavior and thinking, which I used to further strengthen my argument ability.

He is originally from Bozrah, Connecticut, and worked from 2012 to 2015 in park maintenance at Odetah Camping Resort there. While working at Montville High School, Fish was also a junior IT technician and a computer lab monitor, according to his Linkedin page.

On Linkedin, he wrote that he is, “Seeking to use my analytic problem-solving skills and empathic ability in a fast-paced environment.” He added that he is an, “Experienced Substitute Teacher with a demonstrated history of working in the primary/secondary education industry. Skilled in Semantic Analysis, Critical Thinking, Conflict Resolution, Legal Research, and Applied Behavior Analysis. Strong communications professional…” 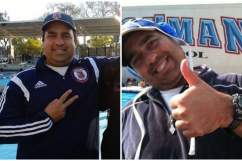 4. The School District Said Fish, Who Is Now Working at a Casino, Was Immediately Fired After They Learned About His Involvement in the ‘Fight Club’

Fish now works in “room service” at the Mohegan Sun casino and resort in Uncasville, Connecticut, according to his Facebook profile. He was fired by Montville High School in October 2017 after they learned about the incidents that occurred in his classroom, according to WVIT-TV.

“As soon as we learned of his involvement in this, we immediately terminated his employment. Student safety is our highest priority each and every day,” Montville Public Schools Superintendent Brian Levesque said in a statement. “We believe our staff does a great job of protecting the safety of our students each and every day. This situation was very unfortunate, but not indicative of our regular operations.”

According to The Day of New London, the assistant principal at Montville High School, Tatiana Patten, was placed on leave in January as a result of police and school district investigations into the incident. Levesque said at the time that the leave was related to incidents that led to the firing of a substitute teacher. It is not clear why Patten was put on leave. A police spokesman told The Day that an investigation into Patten is still ongoing. 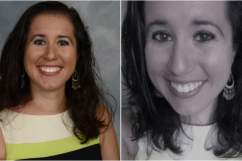 5. Fish, Who Faces 22 Years in Prison, Was Released on $75,000 Bail After His First Court Appearance

Social media is abuzz about 1st rule of #fightclub after this story about a former substitute teacher at #Montville HS accused of supervising fight clubs in class went viral. I interviewed Ryan Fish after his arraignment about it @FOX61News @TwitterMoments https://t.co/ct8I8JpkKX pic.twitter.com/jPd8E8bZOa

Ryan Fish was released from custody on $75,000 bail after his first court appearance Thursday in state Superior Court in Norwich. He is scheduled to return to court on May 8. It is not clear if he has hired an attorney.

The case was investigated by the Montville Police Department with the assistance of detectives from the Connecticut State Police Major Crime Squad. Montville Police “thanks the public for continuing to bring suspicious activity to the department’s attention. (The) Montville Police Tip Line (is) 860-892-6191.”