Veronica Youngblood is accused of shooting her own daughters in Fairfax County, Virginia, killing one of them. The deadly shooting happened inside an apartment in the community of Tysons Corner Sunday, August 5 around 10:15 p.m. Youngblood was arrested within an hour of the shootings.

1. Veronica Youngblood was Arrested Near the Scene and Charged with Murder

Veronica Youngblood of McLean, Virginia has been charged with second-degree murder. The Fairfax County Police Department made that announcement during a news conference and then again on social media. Officials say additional charges are expected to be filed as the investigation continues.

Youngblood was arrested about an hour after gunshots were reported, after reportedly knocking on a friend’s door. Police say the 33-year-old suspect was not on the property when she was taken into custody. Youngblood is being held without bond at the Fairfax County Adult Detention Center.

2. Police Say Two Children Were Shot and One Was Pronounced Dead at the Scene

The victims of the shooting in the 1500 block of Lincoln Circle have been identified as juveniles. Due to state law 19.2-11.2, we are unable to release additional victim information. #FCPD pic.twitter.com/4iJxgheEHE

Veronica Youngblood is accused of shooting two children. The Fairfax County Police Department did not release the names or ages of the two victims. Officers cited a Virginia law that prohibits them from releasing information about juveniles without the written permission of family members.

One of the gunshot victims was pronounced dead at the scene. The second was rushed to the hospital. Police say the second girl was in life-threatening condition.

3. A 911 Dispatcher Referred to the Two Victims as Youngblood’s Daughters But Police Have Not Confirmed This Information

Why? 33 yo Veronica Youngblood charged with murder for shooting her 2 young daughters. ⁦@FairfaxCountyPD⁩ responded to Lincoln Circle in McLean at 10:15pm Sunday. Youngblood fled & caught at another location. One daughter still alive in hospital. @fox5dc pic.twitter.com/pmyiziHMM3

Reporter Melanie Alnwick with Fox5 in Washington D.C. was the first to post on Twitter that the unnamed victims were Youngblood’s daughters. Police did not confirm nor deny this information.

NBC Washington obtained audio of the 911 call after the shootings. The dispatcher was heard saying that “the suspect is there saying she just killed her two daughters. Currently has a gun.” The TV station cites court documents that confirm Youngblood has a 5-year-old daughter named Brooklynn Youngblood, as well as an older daughter. The medical examiner confirmed to NBC that Brooklynn Youngblood died from a gunshot wound to the head.

Court documents also revealed that Youngblood had been in a bitter custody battle with her ex-husband. He was reportedly planning to move to Missouri. Youngblood was also moving so that they could continue to share custody, but reportedly did not want to go.

WUSA is also reporting that according to court documents, Youngblood’s former spouse may not have trusted her with children. According to the TV station, Youngblood’s ex requested a protective order against her.

Investigators have not shared a possible motive for the shootings.

4. Police Did Not Specify Whether Veronica Youngblood Was Armed at the Time of Her Arrest

Veronica Youngblood, 33, of McLean, was charged with murder after last night’s shooting in the 1500 block of Lincoln Circle. She is held without bond. #FCPD pic.twitter.com/1xs8oOzCYH

5. Police Have Released Few Details on the Double Shooting Because of a Virginia Law

Regarding last night’s shooting, we work hard every day to be transparent. However, a VA law passed last year prohibits us from identifying juvenile victims of a crime, even indirectly. It restricts us from providing almost any info w/out parental consent. https://t.co/ESW2lFnm2O

The Fairfax Police Department are limited in the information they can release because of a state law, identified as code 19.2-11.2.

The Virginia law states prohibits law enforcement officers from disclosing details that could identify a juvenile. It reads:

Except with the written consent of the victim of any crime involving any sexual assault, sexual abuse, or family abuse or the victim’s next of kin if the victim is a minor and the victim’s death results from any crime, a law-enforcement agency may not disclose to the public information that directly or indirectly identifies the victim of such crime except to the extent that disclosure is (a) of the site of the crime, (b) required by law, (c) necessary for law-enforcement purposes, or (d) permitted by the court for good cause. 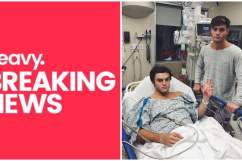