Kadrea Tucker is a white woman who was caught on video pouring a beer on a black pregnant protester during a peaceful protest in Williamsburg, Virginia. Tucker was with a white man on the patio of a brewery called Precarious Beer Project at the time. She got involved in a verbal altercation with several protesters, calling them “stupid” and “crazy” before she poured a beer into the crowd and left the patio. The brewery has since posted a statement, confirming that Tucker and her male friend left the brewery and were asked to never return.

Precarious Beer Project said in a statement, “We are pursuing any action with the local Police Department to ensure that these individuals are held accountable for their actions.”

The incident was first shared by Kay Barre on Facebook. Barre, a pastor, wrote, “I’ve been a pastor for 25 years. I’ve gone to a lot of protests. No one has ever thrown a drink in my white face…” Barre went on to say that a white woman had poured beer in the face of a black pregnant protester near her. She added, “We’ll probably never change her mind. I get that. But after this, I pray she’ll never assault someone again.”

Here is video of the incident.

Tucker was quickly identified by internet sleuths, largely because her Twitter account was still public, though it is no longer available. In her Twitter posts, she announced her 21st birthday on March 14, which matched local records for the only “Kadrea Tucker” in Virginia.

A quick search of Tucker’s Twitter account yielded a number of tweets in which Tucker used racial slurs, in particular the n-word.

Dear Friends and Family-
KADREA TUCKER DOES NOT WORK NOR HAS SHE EVER BEEN EMPLOYED AT MIDGETTE FAMILY DENTISTRY.
There has been a malicious posting to our FaceBook page. We apologize for any inconvenience or ill will that this posting may have caused. These actions do not reflect our values and we are here to provide dental care to our entire community.

Tucker has since deleted her Instagram. Here’s what you need to know: 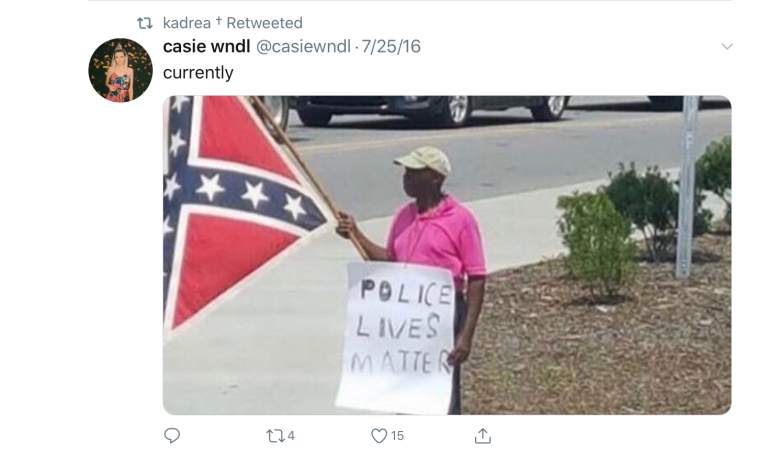 Tucker’s Twitter account featured a number of tweets with the n-word from 2012. In more recent tweets, Tucker supported Donald Trump’s presidential election and satirized the Black Lives Matter movement. At one point, she retweeted a tweet that read, “Blue Lives Matter. Period.”

Tucker had not tweeted recently about the protests. Her most recent tweet was a retweet of Trump from 2019, when Trump tweeted, “Today Elizabeth Warren, sometimes referred to by me as Pocahontas, joined the race for President. Will she run as our first Native American presidential candidate, or has she decided that after 32 years, this is not playing so well anymore? See you on the campaign TRAIL, Liz!” 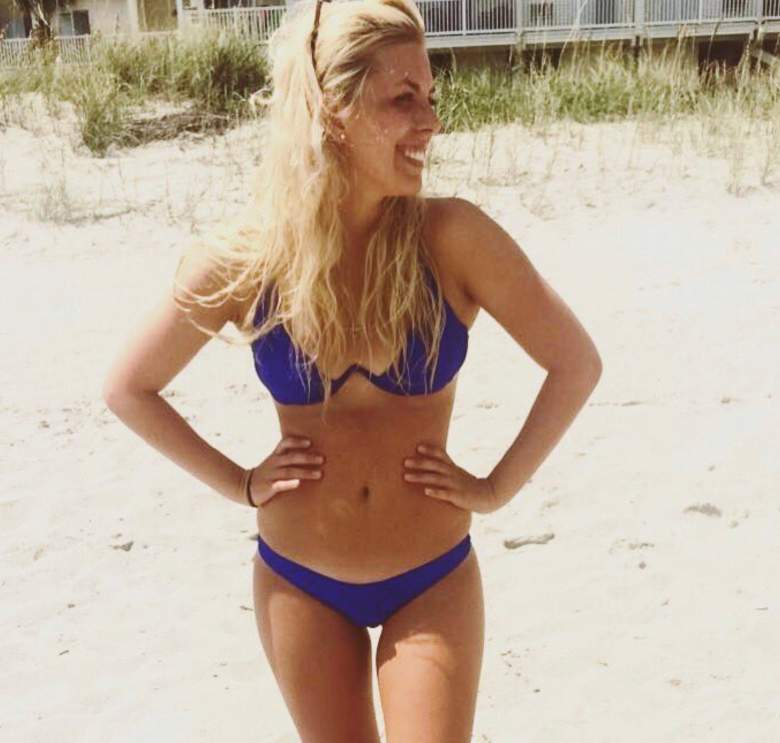 Tucker’s Twitter bio read, “In God I Trust.” She has since deleted her Instagram, though there are numerous screenshots of her posts floating around on Twitter.

Tucker Worked at Texas Roadhouse; the Restaurant Has Since Terminated Her Employment 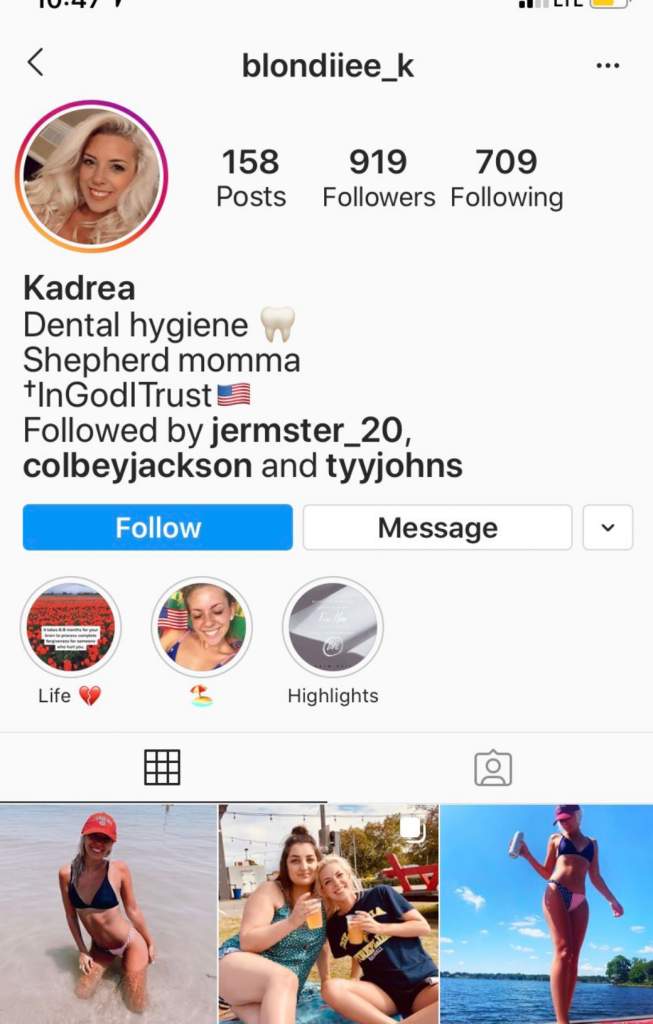 Tucker appeared to have worked at Texas Roadhouse at the time of the incident, because the restaurant chain replied to a series of tweets with her name, confirming that she had been terminated. The chain wrote in one reply, “We are aware of the situation and this employee has been terminated. These comments do not reflect the beliefs of Texas Roadhouse or our current staff.”

Tucker attended Liberty University as an undergraduate. She was a member of the 2014/15 figure skating team at Liberty, according to online yearbook information from the university.

READ NEXT: WATCH: White Woman Calls Cops After Black Man Asks Her to Leash Her Dog in Central Park

Read More
Racism, Virginia
Follow Heavy ↓
wpDiscuz
0
0
Would love your thoughts, please comment.x
()
x
| Reply
Kadrea Tucker is a white woman who poured a beer on peaceful protestors on Wednesday, one of whom was a black pregnant woman.