4th of July is a federal holiday commemorating the Declaration of Independence of the United States. The holiday is commonly associated with fireworks, parades, concerts, and spending time with loved ones. Read on for famous sayings and quotes that best summarize the 4th of July and its significance.

“Independence Day: freedom has its life in the hearts, the actions, the spirit of men and so it must be daily earned and refreshed – else like a flower cut from its life-giving roots, it will wither and die.” – Dwight D. Eisenhower

Dwight D. Eisenhower was the 34th President of the United States, and he was renown for his military service, as well as his foreign policy and dealings with other countries. He was one of four men to be appointed to the rank of General of the Army during World War II.

“It will be celebrated with pomp and parade, bonfires and illuminations from one end of this continent to the other.” – John Adams

John Adams was the second President of the United States. He assisted in drafting the Declaration of Independence, and was its foremost advocate in Congress. The quote above speaks to the festive spirit that 4th of July has had from its inception, and clearly little has changed since 1776.

Liberty has a homeland, and she is the United States of America. May she always be a place of liberty in every sense of the word. #4thofjuly #4thofjulyquotes #liberty #nation #humanity #america #theunitedstatesofamerica??

“You have to love a nation that celebrates its independence every July 4th, not with a parade of guns, tanks, and soldiers who file by the White House in a show of strength and muscle, but with family picnics where kids throw Frisbees, the potato salad gets iffy, and the flies die from happiness. You may think you have overeaten, but it is patriotism.” – Erma Bombeck

Erma Bombeck was a humorist and newspaper columnist during the 1960s and 70s. Her columns usually focused on suburban life, and the minutiae of the nuclear family. The quote mentioned above is a perfect embodiment of this suburban outlook, as Bombeck focuses less on the negative and more on the fun, family-friendly ways in which we celebrate.

Abraham Lincoln was the 16th President of the United States. He is consistently ranked by scholars and the public as one of the greatest men to ever serve in office, and his succinct quote here speaks to the power of simplicity. Pride in one’s country is never stronger than it is on the 4th of July.

“No other date on the calendar more potently symbolizes all that our nation stands for than the Fourth of July.” – Mac Thornberry

Mac Thornberry is the U.S. Representative from the Texas Panhandle. He has served since 1995, and his comments on the 4th of July speak to the holiday’s enduring message. Regardless of the strife that goes on, both nationally and globally, the 4th is a time to come together and celebrate our common passions.

“What was important wasn’t the fireworks, it was that we were together this evening, together in this place, looking up into the sky at the same time.” – Banana Yoshimoto

Banana Yoshimoto is the pen name of Japanese writer Mahoko Yoshimoto. Her poetic musings on 4th of July are powerful in that they speak to the holiday’s ability to unify friends and family. As she asserts, it’s not the fireworks that make it special, it’s the people you sit next to while watching the fireworks.

“The United States is the only country with a known birthday… There is no ‘Republican,’ no ‘Democrat,’ on the Fourth of July—all are Americans.” – James G. Blaine

James G. Blaine was a statesman and Republican politician who represented Maine in the U.S. House of Representatives from 1863 to 1876. He also served in the United States Senate. His aforementioned quote points out that the 4th is indeed America’s birthday, and as such, citizens should set aside their differences to celebrate. 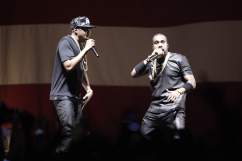 Read More
4th Of July, Quotes
These famous quotes and sayings are the perfect way to celebrate the 4th of July and the Americans who said them.