The talented actress Eleanor Parker, has passed away at the age of 91. Have a look at the details surrounding the star’s death as well as why her death comes at an odd time.

The beloved actress died today, December 9, 2013 at a medical facility near her home in Palm Springs, California at the age of 91. Apparently, the cause of death was complications from pneumonia, a family friend named Richard Gale, told the Associated Press, as reported by the Washington Post. Gale stated:

She passed away peacefully, surrounded by her children at a medical facility near her home in Palm Springs.

2. She Played a Memorable Role in The Sound of Music

After a successful acting career, Parker’s roles became few and far between. UT San Diego reports: Her last memorable role came in 1965’s “The Sound of Music,” in which she played the scheming baroness who loses Christopher Plummer to Julie Andrews.

3. The Former Baroness’ Death Comes At a Strange Time 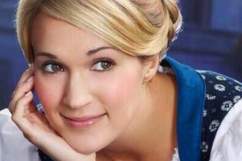 Just last week, the live production of The Sound of Music Live, starring Carrie Underwood, aired on television and received a ton of criticism. Fans as well as former cast members of the film were not happy about the acting abilities of Underwood, though her voice was beautiful. Many felt the production was an epic failure … Strange timing, huh?

The new baroness, Laura Benanti, payed her respects to Parker via Twitter.

4. Co-Star Christopher Plummer Has Released a Statement About Her Death

Former Sound of Music co-star Christopher Plummer was very sad to hear of Parker’s passing and released a statement on Parker’s death:

Eleanor Parker was and is one of the most beautiful ladies I have ever known. Both as a person and as a beauty. I hardly believe the sad news for I was sure she was enchanted and would live forever.

5. Parker Was Known as the Woman of a Thousand Faces

Eleanor Parker’s other name was the Woman of a Thousand Faces, attributed to the vast range of roles she played throughout her career. The three-time Oscar nominated actress played a sleuth of minor roles, acting in over 80 movies. Doug McClelland, who wrote Parker’s biography, used her nickname as its title. 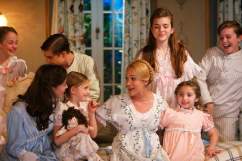 ‘The Sound of Music Live!’ on NBC: Review, Recap, & Highlights