Love & Hip Hop Hollywood has prompted Kyesha Shalina, Willie Taylor’s mistress, to show up on the scene. According to Starcasm, the two met in 2004, when Willie was still a part of the R&B group Quiet Storm. According to Fameolous, a friend of Kyesha reported:

Willie and her messed around in 2004 and last year after Kyesha and her husband fell out. Kyesha husband Antwon was cheated on her regularly, so Kyesha decided to reach out to Willie who was going through his problems with his wife. We’re told Willie and Kyesha only text each other, but we cannot confirm that piece of information. Kyesha and her husband are currently not together because she wants to be famous and willing to do anything to get known.

At the time that Willie and Kyesha were allegedly together, Willie was supposedly having issues with wife Shanda Denyce. So, who is Kyesha? Starcasm reports she is a “budding rapper” from Chicago and recently gave birth to a baby boy. On LHHH, Kyesha, Shanda and Willie have a confrontation. Check out how Shanda felt about her husband Willie cheating on her in the below interview.

According to VH1, Kyesha has allegedly carried on a 12-year affair with Willie and possibly even was pregnant with his child. Her rapper name has been KyRaQ and whenever Willie was in Chicago, she said that he was in her bed. 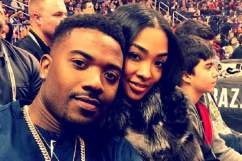