Tracy Tutor Maltas is the news cast member on Million Dollar Listing Los Angeles as the series enters its 10th season. Her fellow cast-mates describe Maltas as “a boss” and she is the first female to be a main cast member on the show. In getting to know Maltas, viewers will get to be a part of her personal life in addition to her real estate dealings. Maltas struggles as she tries to juggle work and family life with her children and husband Jason. Maltas comes from a very wealthy family, as her father is billionaire Ronald Tutor, but her husband Jason isn’t too shabby either. Jason works as a residential contractor, so he’s in the industry with Maltas. As the the President of Gordon Gibson Construction, Jason builds homes for residents in Beverly Hills, Bel Air, Malibu, Brentwood, Santa Monica, and the Pacific Palisades. In the “About” section of the company’s website, it states that, “President Jason Maltas provides the personalized attention and assistance to clients, before, during and long after the home construction process.” His professional bio reads, “After spending a life in and around construction and over 20 years as a building professional, President Jason Maltas knows how to bring a personalized touch to every project. Having an appreciation for all styles of architecture, Jason brings a fresh view to every aspect of the build, helping clients make tough decisions while presenting unique styles and methods often overlooked.”

The couple has two daughters together and Maltas told The Real Deal that she feels her kids are old enough for her to take on a project like Million Dollar Listing LA. Maltas said that, “I’m at a point in my life — I’ve worked really hard to get where I am. My kids are old enough now and I’m ready to hunker down and take my business to the next level. The show can have a very positive affect on your business. It’s proven. Look at these guys’ careers, they’re all flourishing and have been able to manage it, why can’t I?” Being on the show, though, has added a bit more stress to Maltas’ home life issues, as she explains, “The show has added another 15 hours a week of shooting, of extra time that’s away from home. It’s definitely been a struggle and it takes an extraordinary amount of organization to make sure that my calendar makes sense so I can get home to my family at a reasonable hour. You will see on the show what I go through trying to negotiate my way through being a good wife, a good mom and a good real estate agent.”

In an interview with Entertainment Tonight, Maltas talked about what to expect this season on MDLLA, saying, “It’s been a crazy ride. It’s been a crazy season full of ups and downs, and highs and lows, both professionally and personally, and I wouldn’t change any of it. I don’t believe in that. I believe in taking it as it comes, and I’m excited to see it myself … I think you might see some fun stuff between Josh Altman and I, primarily because we’ve known each other for a long time. We’re super friendly and there’s nothing that gets him more than me poking him in the side a little bit.” 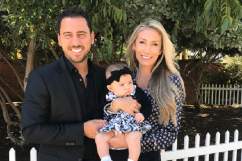