Pokémon Go asks players to leave the house and go exploring in the real world, but that presents a problem considering how quickly mobile games tend to drain a smartphone’s battery life. There’s nothing worse than being in the middle of a 30-minute Incense session near one of your team’s gyms when suddenly your phone dies, and there isn’t exactly anywhere you can easily plug in and start charging again. So are there any easy ways to keep the game from eating up so much battery?

There are quite a few solutions, including some provided by the game itself. Here’s what you need to know.

The Pokemon Go settings tab can be reached by selecting the Poke Ball and then choosing “settings.” (Niantic)

Niantic provides a nifty power-saving feature that does exactly what you’d hope for. Simply hit the Poke Ball at the bottom of your screen and select the “settings” option in the top right corner. From there, all you have to do is check the “Battery Saver” option, and you’re good to go.

So what does this do, exactly? Basically, when you’re in the game and your phone is turned upside down, a dark screen with a dim Pokémon Go logo will appear. This is so you can tuck your phone in your pocket, therefore still having the game on but not needing to have it fully running.

If you have your volume up or keep headphones in, you will be notified when any Pokémon are nearby, so this is definitely a feature you’ll want to utilize when you’re walking from place to place and don’t need to be navigating the map. The battery-saver mode suffered from some bugs for a few weeks and was briefly removed from the app, but as of August 19th, it’s back up and running. 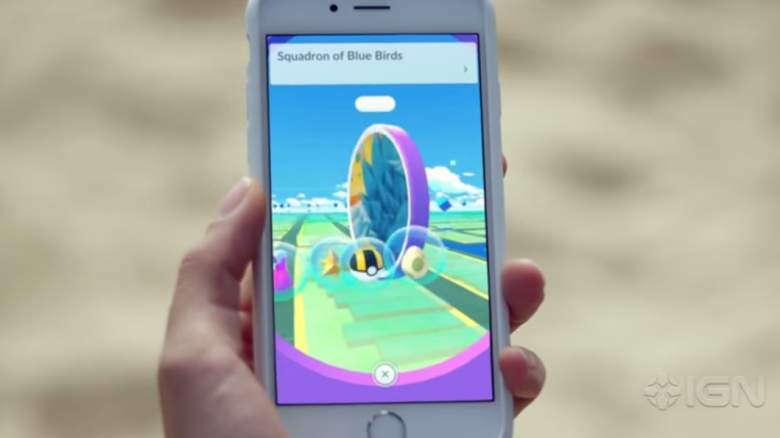 Both the music and the augmented reality mode on the game can be turned off. (Niantic/IGN)

Another two features you can turn off are music and sound effects. You can find both of these by once again hitting the Poke Ball, going to the settings tab, and deselecting each of them.

There’s one more setting you can turn off to save battery. When you go to catch a Pokémon, you’ll notice a switch in the top right hand corner. Flip that to turn off Augmented Reality mode, i.e. the mode that uses your camera to show the Pokémon standing there in the real world. By not utilizing the camera, you’re giving the phone one fewer task to accomplish, and all of these things add up to a longer battery life.

Turn Off Wi-Fi & Lower the Brightness 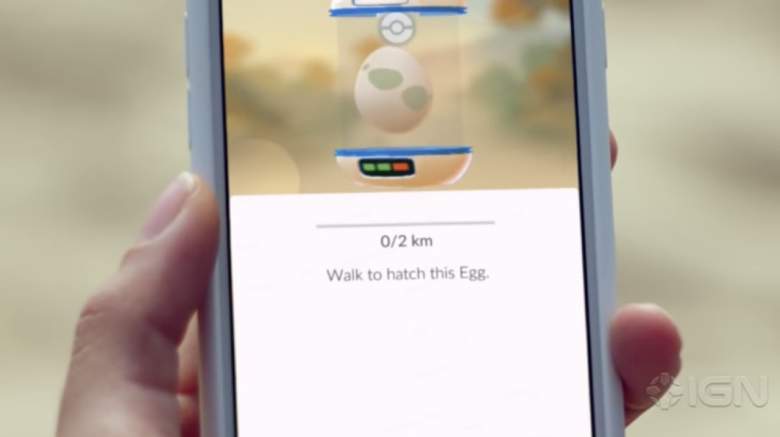 Lower your phone’s brightness settings to save battery. (Niantic)

Within your phone itself, you’ll also want to use all the typical tricks to increase a smartphone’s lifespan, including turning off Wi-Fi and Bluetooth, as well as turning the brightness down about as much as you possibly can while still seeing the screen.

If you’re really desperate to make the battery last just a little longer, you could also go into airplane mode while you’re walking from place to place, although you’ll need to turn it back off when you’re ready to play again.

Portable battery packs allow players to charge their phones while on the go. (Niantic)

Ultimately, there’s only so much you can do to keep the game going; any app that uses your phone’s GPS is inevitably going to drain the battery, and there’s no way to get around that. So if you intend to spend a lot of time with Pokémon Go, it’s worth investing in a portable charger that you can take with you whenever you go out on an expedition.

Many different brands are available on Amazon.com or in your local electronics store, including one from Anker priced at $10 that adds just about one full charge. More heavy-duty ones, such as this one from EC, can charge your phone several times. It also has three separate USB ports so you can gradually charge up your entire Pokémon Go team throughout the day.

Either way, all of these work by first having you charge your portable device itself for a few hours. Then you take that with you and simply plug your existing phone charger into it while you’re on the go. Slip the portable charger in your pocket and you can keep playing the game while your phone is getting more juice, so you won’t be chained to a wall while the phone gets more life, and you don’t have to spend one second away from catching them all.