House Majority Whip Kevin McCarthy Launches WhipCast on Fox News' "On The Record"House Majority Whip Kevin McCarthy (CA-22) appeared on Fox News' "On the Record" with Greta Van Susteren to launch WhipCast, a revolutionary new app that gives Members of Congress, their staff and the American public a new and easy way to get real-time updates about what's going on in Congress.2011-11-15T13:33:54.000Z

House Majority Whip Kevin McCarthy, featured in a Fox News interview in the video above, was elected Thursday as House Majority Leader, a position vacated after Eric Cantor’s shocking defeat in the primary for his Virginia congressional seat.

Since Cantor’s defeat, names of prospective Majority Leaders had floated around, but McCarthy was the clear front runner after being endorsed by Cantor himself.

Here’s what you need to know about McCarthy:

McCarthy represents California’s 23rd District, which encompasses some of the state’s most major cities including Santa Barbara and Ventura.

McCarthy’s rise to prominence within the Republican party was swift. After winning his seat in the House in 2006, he was appointed to the Republican Steering Committee as a freshman representative. In 2008, he was named chairman of the Republican Platform Committee which devised the party’s 2008 platform. He was selected as House Majority Whip in 2010, making him the third most-powerful Republican in Congress, behind Speaker John Boehner and former Majority Leader Eric Cantor.

2. His Business Ownership Experience Inspired him to Run for Public Office

According to his biography, McCarthy started his own small business, a deli called Kevin O’s Deli, when he was 21. It was his experience as a small business owner that inspired him to enter public office, as he dealt with what his biography calls, “government overregulation.” It reads:

He built Kevin O’s Deli from the ground up, even enlisting his father’s help in building the deli’s counter in their garage. He worked hard, hired employees and enjoyed success in his community. That’s also where he first encountered government overregulation. The countless frivolous and redundant rules, as well as the taxes small businesses like his were burdened with, spurred Kevin’s interest in public service.

He later sold the deli and used those profits to earn his bachelors degree and MBA from California State University, Bakersfield.

3. He Got Involved in Politics in College

McCarthy’s entry into politics began with an internship in the office of then-Congressman Bill Thomas, who represented California’s 18th Congressional District. Thomas endorsed McCarthy in the election to replace him.

Before winning a seat in the U.S. House, McCarthy served as a trustee to the Kern Community College District and represented the 32nd Assembly District in the California State Assembly, according to his official biography.

McCarthy is a staunch opponent of Obamacare, amnesty for illegal immigrants, and out-of-control spending in Washington, according to his official website.

The American Conservative Union, which measures Republican-ness of members, gives Eric Cantor an 84% rating and Kevin McCarthy a 72% rating for 2013.

Kevin McCarthy voted for the bloated Hurricane Sandy relief package that even New Jersey Democrats said was riddled with corruption and more than needed. He opposed reforms to the flood insurance program that would save taxpayers’ money. … He has refused to reform the federal sugar program using free market principles. He has refused to limit crop insurance subsidies. He has refused to cut $1.5 billion from the Department of Energy’s bloated budget. … McCarthy voted for the FARM Act, which made no meaningful reforms to farm policy. …
He is just another in a long line of big spenders who thinks the Democrats in charge of government are the problem, not government itself.

McCarthy’s very active Instagram account shows him hanging out with some of Hollywood’s biggest A-Listers, business’ biggest power players and even a royal. Here are just a few of the familiar faces featured in his feed:

McCarthy and his wife Judy married in 1992. They have two children, Connor and Meghan. Connor goes to Georgetown and Meghan is 17. Both he and Judy are lifelong residents of Bakersfield, California and his family is featured prominently on his Instagram page.

Here are some of the family photos McCarthy has posted: 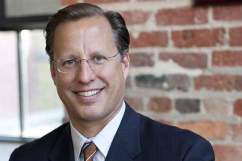