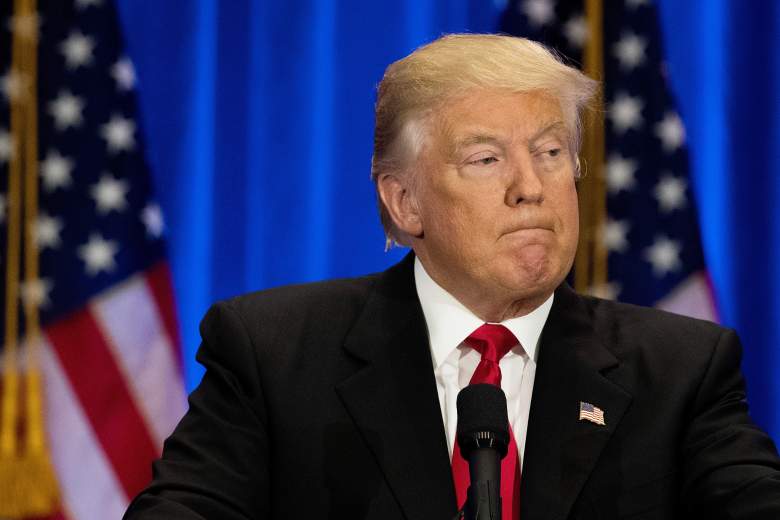 Expect a non-traditional slate of speakers for the Republican National Convention, which starts July 18 in Cleveland. Who’s speaking? On July 13, Trump provided names: They include Trump’s family, a few of his primary opponents, survivors of the attack in Benghazi, Libya, and a smattering of celebrities, business leaders, and athletes.

The New York Times says the convention will also include a night focused on Benghazi, Libya, and “A presentation detailing former President Bill Clinton’s sexual misconduct.”

The New York Times published a list of speakers July 13 that included former quarterback Tim Tebow and Jamiel Shaw, whose son was killed by an illegal immigrant.

Tim Tebow. Rudy Giuliani. But no Sarah Palin? Here's the list of speakers at next week's Republican convention. https://t.co/SEmihNSynO

However, other news outlets, such as ABC News, announced that the RNC had released a partial list of speakers July 14 and those names weren’t on it. A Times’ Tweet with the earlier list of names was then deleted.

ABC News has listed the speakers here. So has The Los Angeles Times.

Before he released the list, Trump provided clues, and many of them involved sports stars and family members, although some big names rumored – like Bobby Knight and Don King – did not make the list. Bloomberg said the convention stage will feature “a curving white staircases and a huge digital screen made up of more than 600 LED panels.”

On July 2, Trump Tweeted that all of the speaking slots were filled in response to news reports that said he was having a hard time finding speakers.

The speakers slots at the Republican Convention are totally filled, with a long waiting list of those that want to speak – Wednesday release

Trump had long made it clear he wants some non-politicians in the speaking rotation. Bloomberg News said Trump’s daughter, Ivanka, said the speakers will be a combination of politicians, business leaders, athletes, coaches, and other leaders from different sectors. Names as varied as Kid Rock and Hulk Hogan – both supporters of Trump – were floated as possibilities, said KUSA Colorado. But Hogan and Kid Rock aren’t speaking either.

However, some of the most colorful names did not pan out. Not everyone was impressed with the lineup:

There will be some political star power there. CNN reports that Wisconsin Gov. Scott Walker said he will speak at the convention, and he did in fact make Trump’s list. House Speaker Paul Ryan and RNC Chairman Reince Priebus are speaking too.

1. Trump’s Adult Children and His Wife are Speaking

Expect a family affair with the Trump women, especially, speaking to neutralize charges that Trump is sexist. His wife, Melania, and all of his adult children are speaking. Trump had made that clear for some time, says ABC News:

Ivanka, Don, and Eric are Trump’s children with first wife, Ivana. Tiffany Trump is Trump’s daughter with second wife, Marla Maples. Trump has another child, Barron, with third and current wife, Melania, but Barron is only 10-years-old, so he isn’t speaking. The other Trump children are adults.

2. Trump is Planning a “Winners’ Night” With Non Politicians Such as Sports Stars & Some Celebrities Made the List 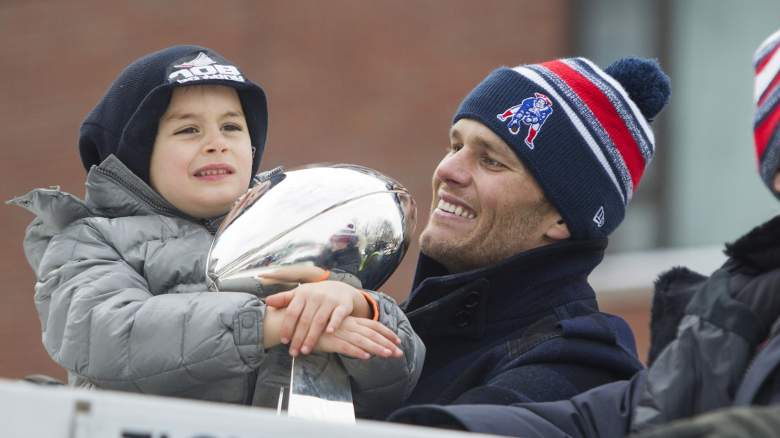 Tom Brady with his youngest son, Benjamin, during the Patriots’ Super Bowl parade in 2015. (Getty)

With some people skipping the convention altogether, Trump is turning to the ranks of his celebrity friends to add pizzazz to the convention and bolster his anti-establishment credentials. ABC News says he wants one convention night to be a “winner’s night” in which successful non politicians speak. Trump has predicted this will be the best attended night of the convention.

The Arizona Republic says that Trump friends such as New England Patriots quarterback Tom Brady, boxing promoter Don King, and Indiana basketball coach Bobby Knight could speak. However, none of those three is speaking.

Ditka said, though, that he thinks Republicans should support Trump:

I spoke with Mr. Trump this afternoon and he invited me. But I don’t think I’m going to go. The Republican Party has its head up its ass — if he’s the candidate, you’ve got to get behind him. It does the party no good. They’re a bunch of assholes.

Don King, who lives in Cleveland, said previously that he is going to involved in the convention, said PBS.

I’m going to be involved, definitely. He’s my man. I love him. He’s going to be the next president.

Trump had thrown out other athletic names as possible non political speakers in the past at a Richmond, Virginia rally, Newsmax says, including: NFL quarterback Ben Roethlisberger and NASCAR CEO Brian France. They aren’t on the list, though. He told the New York Times he might ask Serena Williams. However, Bloomberg News said that France has said he won’t attend. Bloomberg also said boxer Mike Tyson might score an invite, but Trump later said that Tyson wasn’t speaking.

This is not going to be your typical party convention like years past. Donald Trump is better suited than just about any candidate in memory to put together a program that’s outside of Washington and can appeal directly to the American people.

3. Some of Trump’s Primary Rivals Are Speaking & Some Politicians & Business Leaders on The List 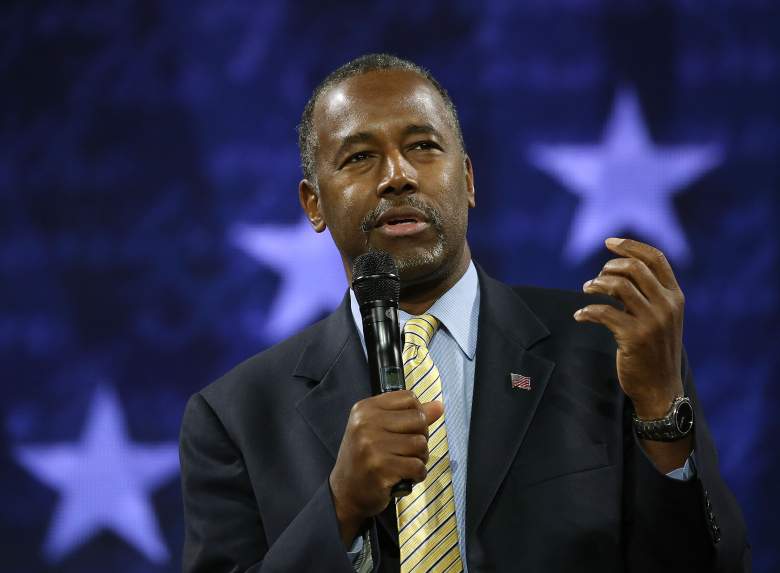 Don’t look for all of Trump’s vanquished primary rivals to speak at the convention; Marco Rubio, John Kasich, and Jeb Bush are among those NOT speaking. However, Scott Walker, the Wisconsin governor known for his union battles, is speaking as are Trump’s former primary rivals, Ted Cruz, Ben Carson, and Mike Huckabee.

Arkansas Sen. Tom Cotton is speaking but former Alaska Gov. Sarah Palin is not. Milwaukee County Sheriff David Clarke, who is a strong critic of Black Lives Matter, is speaking. The list could be subjected to change.

The lineup highlights female speakers, including: Oklahoma Governor Mary Fallin, Pam Bondi, the Florida attorney general who caused controversy after the Orlando shooting on CNN, and Eileen Collins, who was the first woman to lead a space shuttle mission.

4. Some on Trump’s VP Short List Are Listed as Convention Speakers 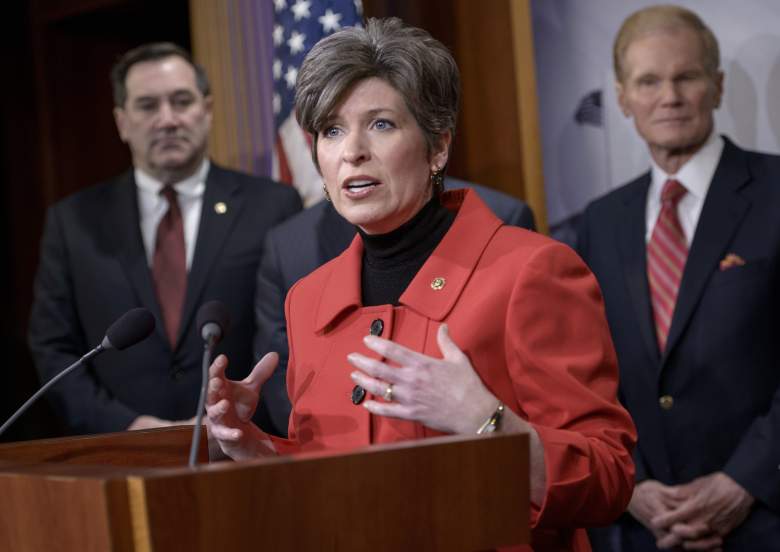 Iowa Senator and tea party favorite, Joni Ernst, met with Trump July 4 in New Jersey, and was a rumored possible VP choice. However, Ernst, who has since withdrawn her name as contention for VP, is listed as speaking.

Former House Speaker Newt Gingrich was an early Trump ally and, as a former professor, is comfortable giving a speech. He’s also a speaker. So is Lt. General Michael Flynn.

New Jersey Gov. Chris Christie is also listed as speaking; However, Indiana Gov. Mike Pence is not listed as a speaker – so far, anyway. Pence also met with Trump in New Jersey; he’s a favorite of social conservatives and a former talk show host.

5. There Are Many Military Families Speaking & Many Big Political Names Are Skipping the Convention 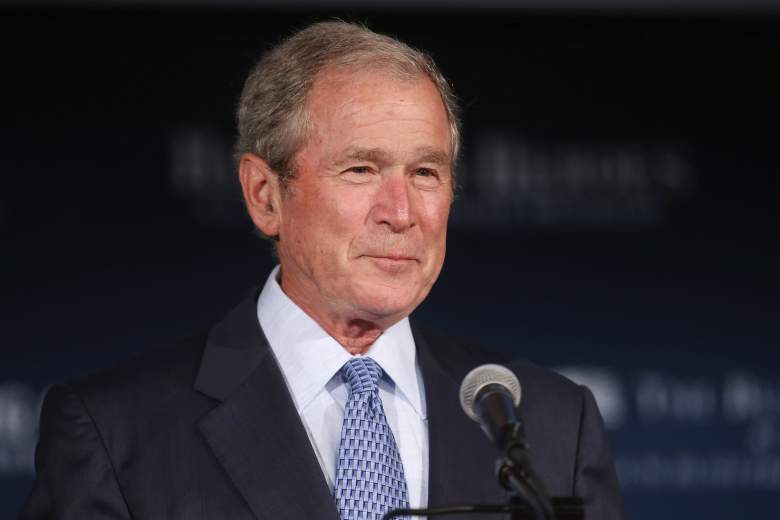 With Trump, it’s easier to figure out who isn’t speaking at the convention than who is; that’s because a slate of prominent politicians have already announced they are bowing out. Former Presidents George HW and George W. Bush aren’t going. Former Republican nominee Mitt Romney isn’t attending, either.

Trump’s speaker list indicates he plans to highlight military families as speakers. It’s clear he plans to highlight Hillary Clinton’s record in Benghazi, with a trio of Benghazi-related speakers: Attack survivors Mark Geist and John Tiegen, and Pat Smith, the mother of one of the men killed in the attack, Sean Smith.

In addition, Marcus Luttrell, retired Navy SEAL whose life was featured in the movie “the Lone Survivor” is speaking.

Many U.S. Senators have said they aren’t going, including Senators Richard Burr, Lyndsey Graham and Ron Johnson, said KUSA. “I have to mow my lawn,” said Sen. Jeff Flake of Arizona.

Loading more stories
wpDiscuz
8
0
Would love your thoughts, please comment.x
()
x
| Reply
The Republican National Convention's list of speakers is out, and it includes a former football star, professional golfer, some politicians and an astronaut.