An image of a clown is being projected on the side of Beaver Hill apartments pic.twitter.com/Px2QG4YOaw

Reports of creepy clowns at Penn State caused supposed “riots” as mobs of students engaged in “clown hunting” on October 3.

The groups of students – reported to be, minimally, in the hundreds – roamed around the Pennsylvania campus until early in the morning of October 4 after clowns were supposedly spotted at Penn State.

It was the latest bizarre report of supposedly creepy clowns terrorizing communities and campuses. See a list of clown reports from around the country. From South Carolina to Wisconsin, reports of creepy clowns have terrorized people, resulted in arrests, and put schools on lock down.

Some people called it a clown “riot.”

CLOWNS have caused riots and clown hunting at penn state this is the end pic.twitter.com/5rmRVTBLgT

Word spread that “three clowns” had been seen on campus.

3 Clowns spotted at PSU allegedly. So naturally 6,000 kids mob the streets to hunt it down. I love Penn State pic.twitter.com/P4xYx0nVhs

There were reports that police were shutting down streets because of clown sightings on the Penn State campus. People said part of the campus was on lock down.

Some students posted that people were chasing after supposed clowns with hockey sticks.

Literally the entire Penn state campus is out looking for a couple clowns that were spotted on campus. Cops are shutting down streets?

People at Penn State: don't you have midterms and stuff to be studying for? Why are you pretending to be clowns and/or chasing clowns?

THE CLOWNS HAVE COME TO PENN STATE. THIS IS NOT OKAY

The ‘mob’ grew as more students joined the clown frenzy.

2. Campus Police Said They Don’t Think There Really Were Clowns, Though

At least a thousand continue to gather at Pollock Halls despite police officers reporting of no clowns on campus pic.twitter.com/nGUBD8vyGo

The Daily Collegian student newspaper reported that campus police said there were actually no clowns. After all of that.

“Fortunately, there was no property damage, no injury and no violence,” Nelson said, according to CentreDaily.com. “And there were no sightings.”

He added, according to the news site: “The cause of this specifically was social media,” Nelson said. “If there were any clowns with this many students out there and with our police responding to calls, we would have ran into it.”

Others thought people were looking in the wrong place for campus clowns.

@onwardstate if you really wanna see some alleged Penn State clowns, just walk into a Board of Trustees meeting

Some people couldn’t help but get political. Such is the nature of our times.

Some people were just hiding out (and exercising a little hyperbole, probably).

People said there were so many people out “hunting clowns” that it looked like a football game.

The Penn State “clowns” created a Twitter storm, with many people expressing a phobia for clowns of any kind. It was not clear whether anyone at Penn State actually saw a clown, though.

Even the mention of “clowns” freaks some people out.

the clowns are at Penn State……I'm transferring g2g

Hundreds of people were reportedly outside looking for clowns.

The most common posts on social media expressed fear of clowns or mocked other people for going outside to look for clowns.

4. Other ‘Creepy Clowns’ Have Caused Scares in Pennsylvania Schools

Penn state: where 1000+ people form a mob and chase clowns at midnight on a Monday night

There was nothing about potential clowns on the Penn State Twitter page the evening of October 3.

Some people noted the absurdity of college students “rioting” over clown reports.

Psu students rioting and yelling "we are penn state" like the clowns don't care who WE ARE…GO INSIDE.

There are clowns in Penn State now.. byeeee ✌?

Some people run away from clowns, Penn State runs towards them pic.twitter.com/Y7JNgBeJZo

The one guarantee in all of it: Some people were just having fun. Other people, really, truly, hate clowns.

5. Other College Campuses Around the Country Were Dealing With Their Own ‘Creepy Clown’ Problem

fam group chat started by my brother at merrimack tonight left me asking WHY ARE ARMED CLOWNS SO TRENDY???? pic.twitter.com/PZ3R97CIrP

Penn State wasn’t the only college campus enduring a creepy clown episode. According to USA Today, police at Merrimack College in North Andover, Massachusetts said reports of an armed clown sighting there were a hoax.

There was this report out of UIC Illinois:

they just arrested a clown on my campus. i am livid. pic.twitter.com/xkliyWyY7j

Clowns were also reported at the University of Dayton on October 2.

All hell has broke loose at UD. One person says there are clowns and 300 are now clown hunting. Looks like the purge on campus. 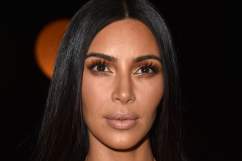