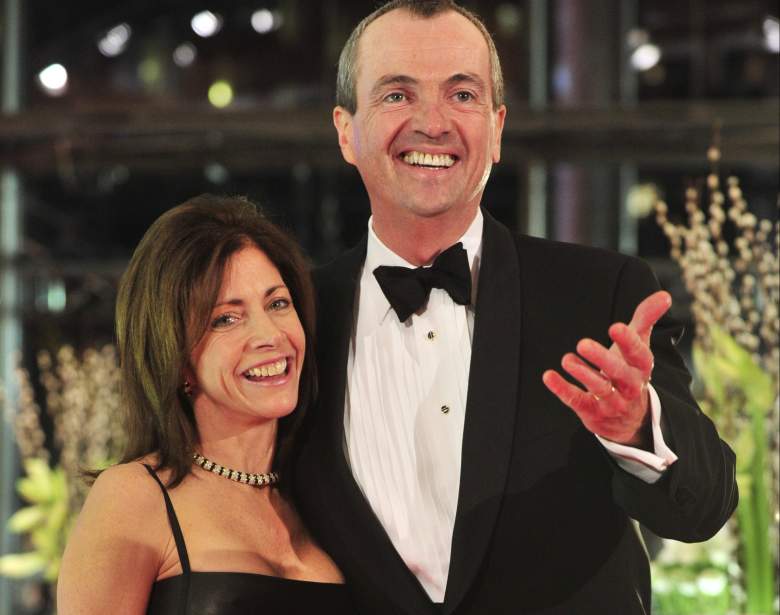 Philip Murphy and his wife Tammy Snyder Murphy pose on the red carpet for the premiere of the film “True Grit” on February 10, 2011. (Getty)

Philip D. Murphy defeated Lt. Gov. Kim Guadagno on November 7, 2017 to succeed Chris Christie as New Jersey’s next governor. That has eyes focused on the soon-to-be new First Lady of the state as well: His wife, Tammy Snyder Murphy.

Philip Murphy is a Goldman Sachs alum and former United States Ambassador to Germany. “Tonight we declare the days of division are over. We will move forward together,” Murphy said after his victory. Phil Murphy is a Democrat, and, along with the gubernatorial race in Virginia, the New Jersey contest was being watched as a potential test of President Donald Trump’s ability to sway voters in statewide races, although there is a limit to the degree from which national impact can be divined from statewide elections. The Democrat, Ralph Northam, also won in Virginia; Trump had criticized Northam over crime in that race.

It’s Murphy’s first time in public office, although he was “finance chair in the Democratic National Committee under former President Barack Obama.” Tammy Murphy, who also worked at Goldman Sachs and has been married to Phil Murphy for 23 years, was integrally involved in her husband’s campaign, according to The Wall Street Journal. She’s done everything from proofread press releases to making fundraising calls, the newspaper reported.

Here’s what you need to know about the wife of Phil Murphy.

1. She Met Phil at Goldman Sachs 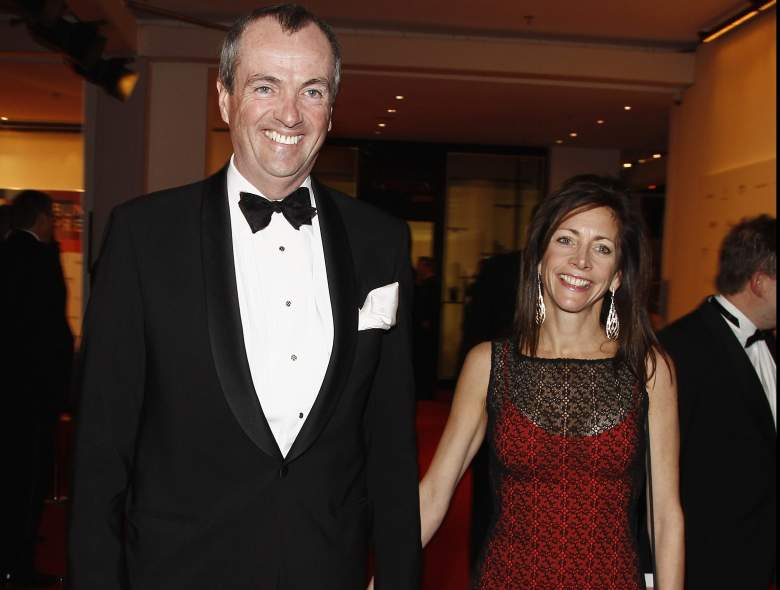 Tammy Snyder and Phil Murphy are both former employees of Goldman Sachs. Phil first started working for Goldman Sachs in 1982, and he ended up spending 23 years with the company, rising up to the position of senior director. It was at Goldman Sachs that Tammy and Phil first became acquainted.

In addition to Goldman Sachs, Tammy Snyder’s experience in the finance industry also includes time spent working at Investcorp in Europe, according to her profile on Jump Start New Jersey.

“What can I say about Phil?” Tammy Murphy says. “What you see is who he is, what you hear is what he believes.”

In 2016, a tax return form showed that Phil Murphy had an income of $20.9 million over five years, and he and Tammy paid $200,401 in local property taxes, according to Newsmax. In November 2017, the campaign released more recent tax returns, which showed “the couple reported $4.6 million in adjusted gross income, $2.8 million in federal taxable income, and $1.5 million in paid federal and NJ taxes.”

Tammy Murphy is regarded as her husband’s top adviser. The 52-year-old spouse “has been a fixture of the campaign, appearing alongside her husband at countless events, delivering speeches, raising money — even proofreading news releases. After all, she majored in communications and English at the University of Virginia,” reported NJ.com.

2. She & Phil Became Engaged 18 Days After Their First Date 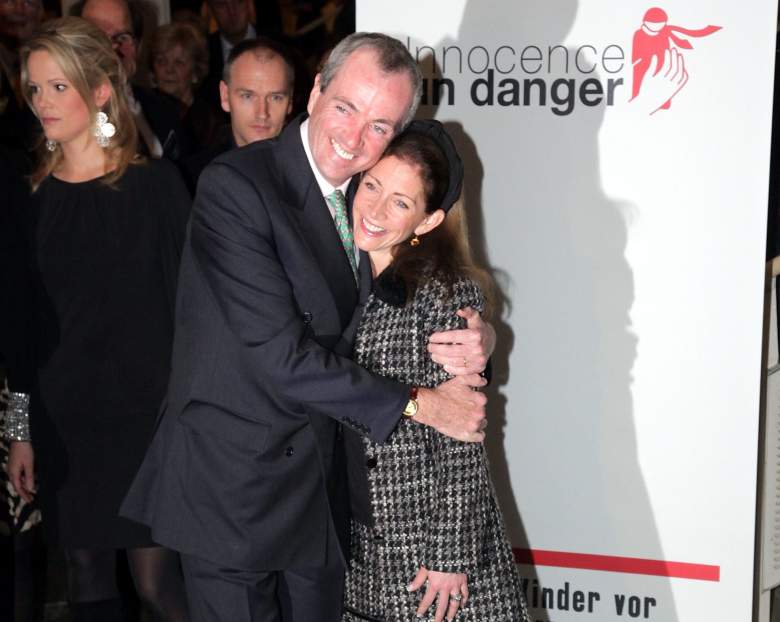 Philip Murphy and wife Tammy Snyder attend the ‘Innocence In Danger’ Photocall and Reception on November 22, 2009 in Berlin, Germany. (Getty)

Although Tammy Snyder and Phil Murphy first met at Goldman Sachs in the early 1980s, it would take another seven years before they went on their first date. However, according to the Two River Times, it was only 18 days after that first date that Tammy and Phil became engaged. Then, six months after that, they were married.

In an interview with the Two River Times, Phil Murphy gushes about his wife Tammy and talks about being madly in love with her, and the paper describes Tammy as being Phil’s partner in just about everything.

“If you were in my shoes and just followed her around for one day, you could see why I’m so in love with her,” Phil Murphy told the Two River Times. “I’m the one who wonders what she sees in me.”

3. She is the Chair of New Start New Jersey & Secretary of the Climate Reality Action Fund 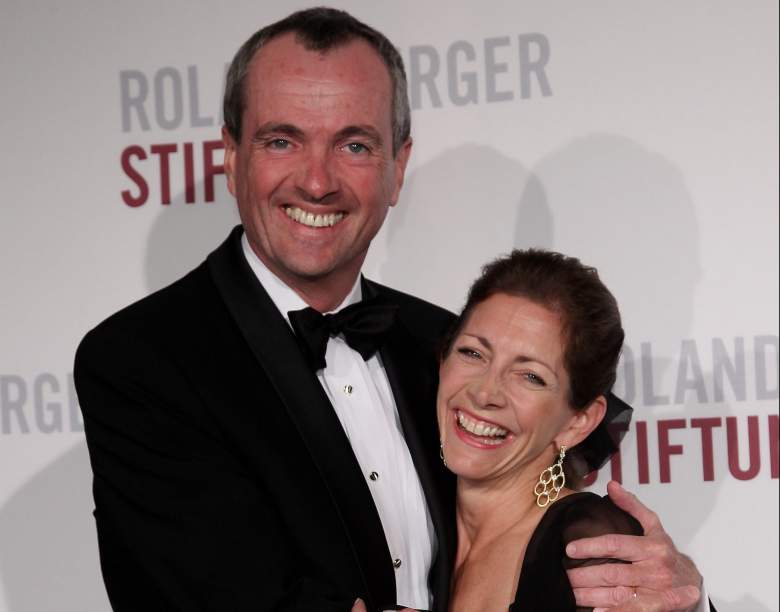 Philip Murphy and wife Tammy Snyder Murphy attend the Roland Berger Award for Human Dignity 2010 at the Konzerthaus am Gendarmenmarkt on April 26, 2010 in Berlin, Germany. (Getty)

These days, Tammy Snyder serves on a number of committees and organizations. That includes New Start New Jersey, an organization that she founded and where she serves as chair. This organization’s mission statement is to explore and enact “effective public policy initiatives to grow the economy and improve our quality of life.” One issue that New Start New Jersey advocates for is closing the wage gap.

“Beyond principles of fairness, the matter of gender pay equity concerns not only the sustenance and mobility of employees, but also the security of families and the strength of the overall economy,” an article on their site reads. “… Closing the pay gap in New Jersey requires the promotion of greater transparency and the protection of recovery rights related to discrimination, in concert with more comprehensive policies, such as those that lift wages, facilitate child care and ensure earned sick leave.”

Met up with Gubernatorial candidate Phil Murphy and his wife Tammy at NJPAC in Newark. pic.twitter.com/lei1CLX7MG

They also support providing free community college to high school graduates and forgiving student loan debt for those who pursue science, technology, engineering and math (STEM). Tammy Snyder is also the secretary of the Secretary of The Climate Reality Action Fund, a climate change organization founded by Al Gore. In addition, she serves on the board of the American Council on Germany and the Foundation for Art and Preservation in Embassies. In the 2000s, Tammy and Phil started 2nd Floor, a confidential help line for youth and young adults. It has since taken over 750,000 calls.

“If one child is saved, if one child has a place they go to and find a new place forward, it’s a success,” she said. Tammy Murphy was born Tammy Snyder in Virginia Beach, Virginia, according to NJ.com. Her father was a car salesman, and she has said that she grew up in a middle class home, the newspaper reported.

4. She Attended a Women’s March in January

Fired up from the #WomensMarch? Read Tammy Murphy's blog entry on the next steps to advance #progressive values: https://t.co/sHAHdthRkX pic.twitter.com/YMWTBIz0Um

In January 2017, Tammy Snyder Murphy attended the Women’s March in Trenton, New Jersey. She subsequently wrote a blog post for the website of her husband’s campaign, saying that the march inspired her.

“As I marched and chanted along Lafayette, Broad, and State streets, I thought about all those who marched before to form a more perfect union — from abolitionists and suffragettes to civil rights leaders, immigrant workers, and others who fought for basic human rights,” she wrote. “With each step, I reflected on how we can learn from the activism of the past to hold the Trump administration accountable and continue to advance the cause of liberty, equality, and justice.”

Tammy then outlined five steps that those who are opposed to President Donald Trump’s agenda can take. The first was to urge friends and relatives to volunteer for the Phil Murphy campaign.

“Phil has always fought for women’s rights and those of minorities and immigrants,” she wrote. “He’ll be a governor who has the backs of all New Jerseyans.”

The second step was to call local representatives and urge then to take action. The third step was to get involved with groups like Planned Parenthood, the Human Rights Campaign, and the American Civil Liberties Union. The fourth step was to get involved in local Democratic politics and attend a local Democratic organization meeting. Finally, Tammy said that those who participated in the Women’s March should run for office themselves.

“On Saturday, we sent a clear message that millions of people are united to advance progressive values: women’s rights are human rights; children, the sick, the poor, and the elderly should have access to healthcare; and immigrants are what makes our country great,” Tammy concluded. “Now we need to rise up and be an ongoing part of the democratic process to renew America’s promise for generations to come.”

5. She & Phil Have Four Children

It's Tammy Murphy's birthday! Sign the card and wish her a happy birthday: https://t.co/A6rzety02Y pic.twitter.com/AyKHuaMTd8

Tammy and Phil Murphy have four children: Josh, Emma, Charlie and Sam. Tammy and Phil’s son Josh is currently attending college, and he is involved in Democratic politics himself.

When you #MakeAPlan, you make sure your vote counts. Josh Murphy got his vote in from college. Make your plan to get your vote out tomorrow! pic.twitter.com/c0HZsQTO4f

Phil and Tammy’s daughter Emma is also involved in politics, this past fall campaigning for Tom Mullahey and Mark Goldsack.

Tammy and Emma Murphy are in Rutherford helping to push @m_goldsack and Tom Mullahey over the finish line! #vote pic.twitter.com/dFGPpiZsEJ

Phil and Tammy’s son Sam is still quite young and is not old enough to vote, but he came out on Election Day with his parents this past year.

Phil and Tammy (and Sam) voted this morning, did you? Polls are open until 8 p.m. #MakeAPlan and make sure your voice is heard! pic.twitter.com/u7xxMxSCgx