A 33-year-old former teacher at a private high school in Pennsylvania was sentenced to a maximum of 23 months in prison on July 13 after she molested two female students over a three-year span.

Randi Lynn Zurenko, of Millerstown in Perry County, was arrested in October 2016 on suspicion of sexually abusing the two students “hundreds of times.”

According to Penn Live, Zurenko, who taught social studies, was once considered one of the “most inspiring teachers” at Bishop McDevitt High School in Harrisburg. Zurenko is a mother of five, and her children range in age from 3-to-11 years old.

She was accused of entering relationships with the two girls outside of school and “coercing” them into performing sexual acts with her.

1. Zurenko Was Charged with Over 200 Child Sex Offenses

Zurenko was arrested on October 18, 2016 in Harrisburg on suspicion of committing the sexual assaults. Police found out about the allegations when one of the victims came forward and told them that her actions caused her psychological distress.

Police said that between 2013 and 2016, Zurenko sexually abused two female victims, ages 16 and 17, “hundreds” of times. She faced over 230 counts in the case: institutional sexual assault (13 total counts), sexual abuse of children (152), unlawful contact with minors (33), corruption of minors (13), and disseminating obscene materials to minors (20).

According to police, Zurenko took the first victims’ bra off and gave her a back massage at Fort Hunter in Susquehanna Township, where she had coaxed her to meet. That student has since graduated from the high school, and said she suffers serious mental health issues because of their relationship.

Once the charges were announced, Dauphin County Deputy District Attorney Sean McCormack said a majority them stemmed from the abuse of the girls, who also accused their teacher of providing them alcohol.

“Many of the charges relate to what we can sexual abuse of children or child pornography whenever anyone is taking photographs of someone who is under 18 years of age,” McCormack said, according to WGAL 8 News.

According to the criminal complaint, the relationships with the two females started in January 2013 and lasted until October 14, 2016, when she Zurenko was arrested. 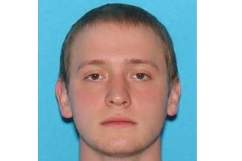 The second victim was interviewed by investigators October 14, 2016, and told them that Zurenko took photographs of her half-nude and also while they had sex. In addition to that, Zurenko sent the girl nude “selfie” photos of herself to the girl, which she provided to police.

The relationship between Zurenko and the second victim began in early 2015 and lasted until she was arrested in October 2016 on the sexual assault charges.

When she was arrested, Zurenko’s cell phone and all other electronic devices were seized, and “numerous” nude photographs of the second victim were found by police.

Court documents indicated that Zurenko and the second victim had sexual encounters at numerous locations, including in Swatara Township, Fort Hunter, parking lots near Union Deposit and Rutherford Roads in Lower Paxton Township in Myrtle Beach, South Carolina and finally at Zurenko’s home in Perry County.

3. One Victim Accused Zurenko of ‘Stunting Her Growth’

During her interview with police, Zurenko admitted that she provided the two girls alcohol while they were students at Bishop McDevitt. She also admitted to taking nude photos of one of the girls and having past sexual relations with her.

During Zurenko’s trial, the first victim accused her former teacher of ruining her life, which has led to suicidal thoughts, she said.

“You stunted my growth because I depended on you,” the girl said in the courtroom. “I’m still feeling the impact. I don’t think it’s close to over. You took my innocence, you used my love.”

The victim added that even with the acts that were committed on her, she had “no ounce of hate for (Zurenko) in (her) body).

The victim said that the abuse that she endured “manipulated her psychologically for years and led her into a pit of emotional darkness.” She added that she fell into a pit of depression and often cut herself and contemplated suicide.

The first victim’s father talked to Penn Live for 45 minutes describing the trauma his family went through.

“My daughter lost three years of her life,” he said. “You will always be a molester, a predator. You deserve no grace, no chance at rehabilitation. You deserve no success.”

4. Zurenko Was Sentenced to up to 23 Months in Prison

Zurenko pleaded guilty to the charges and was sentenced to extensive imprisonment July 13.

Zurenko’s lawyer, Lee Cohen, asked for Judge Richard A. Lewis to have leniency when sentencing his client and to think of her children. Cohen claimed that Zurenko was “truly in love with her victims,” according to Penn Live, and requested to put her on house arrest instead of giving her jail time.

“I’m ashamed to be here,” Zurenko said to the judge in court. “I have never coerced anyone, I have never taken advantage of anyone.

“I’m asking you today for grace and mercy and to take my children into consideration when you determine my sentence.”

The second victim sided with her former teacher, telling the courtroom to have leniency despite the sexual assaults, she said that ever since then, she’s “kept it together” and is “still OK.”

Lewis accused Zurenko of having a “Jekyll and Hyde” personality at the sentencing hearing.

“Your conduct can only be described as incomprehensible,” Lewis said to Zurenko.

He sentenced her to 11 1/2 to 23 months in Dauhin County Prison to be followed by four years of probation in addition to 500 hours of community service. She will also be required to register as a sex offender for the next 25 years. The emotional sentencing hearing lasted nearly three hours, according to media reports.

After being informed of the investigation, officials at Bishop McDevitt immediately placed Zurenko on administrative leave, and police said that the school was cooperative in the investigation.

The school released a statement after Zurenko was charged saying that they are remorseful that the sexual assaults occurred.

It is with great sadness that Bishop McDevitt High School has learned that criminal charges have been filed against staff member Mrs. Randi Zurenko, a Social Studies teacher. School administrators were advised by authorities on October 18, 2016, of the existence of an investigation into an allegation of an improper relationship with a student.

In keeping with Diocesan policy Mrs. Zurenko was immediately placed on administrative leave while civil authorities continued their investigation.

Actions which are criminal in nature or are deemed a risk to student safety will result in disciplinary action up to and including termination. This is required by Diocesan policy.

Bishop McDevitt High School encourages the reporting of all suspected child abuse to civil authorities via the State Childline at 1-800-932-0313. For assistance in healing we encourage reporting to the Diocesan Victim’s Assistance Coordinator. That can be done confidentially via telephone at 1-800-626-1608 or email: ReportAbuse@hbgdiocese.org.

A document filed December 30, 2016 by the Commonwealth of Pennsylvania Department of Education, shows the department sought to “immediately suspend” her teaching certification and her employment eligibility.

On February 9, 2017, the order to suspend Zurenko’s teaching license was approved and signed. 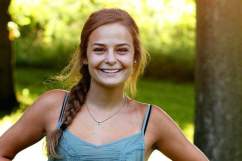 Read More
5 Fast Facts, Breaking News, Crime
Randi Zurenko, a teacher and mother of 5, was sentenced to up to 23 months in prison after sexually assaulting two female students in Harrisburg, Pennsylvania.