Getty The Green Bay Packers introduced new media rules at training camp that put the Vikings at a disadvantage in their Week 1 matchup.

The Packers just exploited a caveat in the new COVID-19 training camp media rules that put the Vikings at a serious disadvantage.

According to ESPN’s Rob Demovsky, the Packers released a statement to its Pro Football Writers of America Chapter that prohibits media at training camp from reporting roster developments.

Breaking a long-standing tradition of the publicly owned Packers, coach Matt LaFleur and GM Brian Gutekunst are prohibiting media at training (camp) from reporting “who is getting reps with the first team, second team, third team etc” and from making “projections on the depth chart and personnel package.”

Media in Green Bay has never revealed scheme, special packages or strategy as part of previously established ground rules in conjunction with the PFWA.

Demovsky wrote that “the Packers are within their right to limit the reporting of who’s getting reps with which unit/who’s lining up where. Because there are no fans, teams can do this per the renegotiated COVID rules with the PFWA. Some teams are looser/stricter than others.”

This means fans and the Vikings, who host the Packers in Week 1 at U.S. Bank Stadium will be left in the dark regarding training camp battles and which players and personnel groups are emerging at several key positions.

Will It Impact the Vikings? 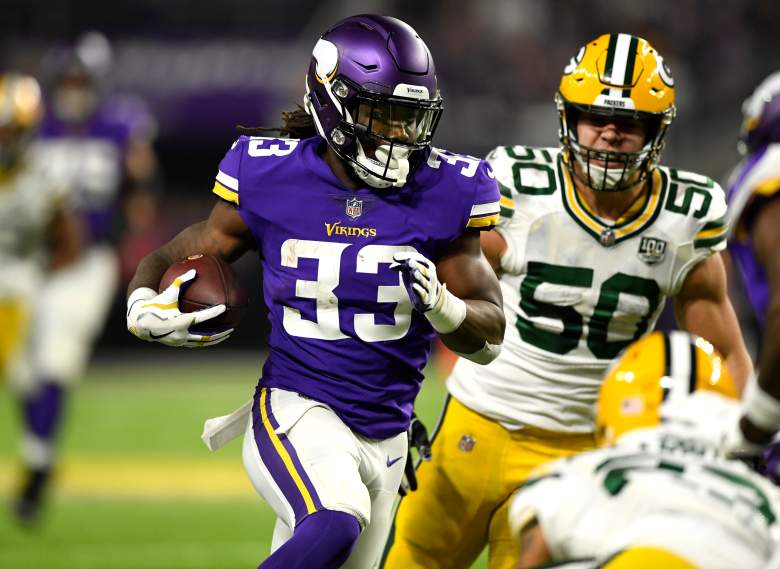 GettyThere are a few key positions that the Vikings could be left in the dark at in scouting for their Week 1 matchup.

While the Vikings’ gameplan largely isn’t dissuaded by the Packers limiting media coverage, there are a few positions that, without clarity, the Vikings will not know which personnel they could face come Week 1.

Largely the most important is the Packers offensive line which is going through its tinkering process much like the Vikings. There’s uncertainty at the right tackle, which could be a huge mismatch with Vikings star defensive end Danielle Hunter lining up across from either Billy Turner and or Rick Wagner. Hunter had a sack in both games against the Packers last season and totaled 14 tackles, three for a loss, and four quarterback hits.

The Packers also have a wide receiver battle at training camp. The Vikings will introduce three new starters at cornerback — potentially a few rookies to the rotation in Cameron Dantzler and Jeff Gladney — and having to prepare for all receivers on the depth chart could overload the rookies who are already preparing on a truncated schedule.

While some fans are irked by the limitations on training camp coverage, some also have sided with the Packers.

I actually think, yes, this is a tactically sound move. You lose nothing and there's potential upside.

Two fans got into it over whether the information being withheld is any bit useful for opposing teams.

Think about this like even a little, my dude.

One Twitter user who is a lawyer raised the point that it is a bit of a stretch to not allow reporters to even project the depth chart and personnel packages as they are a matter of opinion and not fact.

Of course, one fan projected that this decision may be a “key factor in the Packers’ victory in the Super Bowl,” although there won’t be much left to hide 16-plus games into the season.

Not just that! Everyone will probably look back at this adjustment to the media policy as a key factor in the Packers' victory in the Super Bowl!😏

The Packers announcement won’t have much of a factor after the first few weeks of the season but it could play a factor in their Week 1 matchup with the Vikings.