“@AmandaBynes: @zacefron has an ugly face” R u srs? pic.twitter.com/ssku8dG31Q

Wanna hear a joke? Amanda Bynes is making a slow but sure recovery to her normal, sweet self…

…Not! We think Amanda must have run out of Rocky Road ice cream and just gotten bored or something, because she recently got on Twitter and called Zac Efron “ugly.”

Um… okay, Amanda. But, it’s all good because everyone knows the High School Musical star is simply gorgeous! Those eyes, that hair… those arms. Perfect! Don’t worry, Zac, Amanda’s just bored with her life… and quite frankly so is everyone else. Maybe she should get another nose job to take up some of that free time she’s clearly been having.

Efron fans fire back at Amanda for her rude words against him:

If you ever feel bad about yourself remember that @AmandaBynes exist!

They’re probably right. But, he’s not the only one she attacked over Twitter this week. The crazy chick also bad-mouthed her sister in front of the whole world! Congrats, both are now certified members of the Amanda Bynes “ugly” club! Or maybe, Amanda is just a certified nut.

Amanda, unfortunately, to the world you’re a nut case who needs a lock on her Twitter account!

Let’s take a look at what YouTube sensation Glozell has to say!

Glozell knows what’s up! But, hopefully she works on her ventriloquism skills… 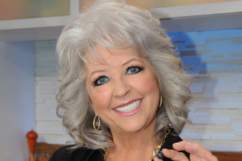 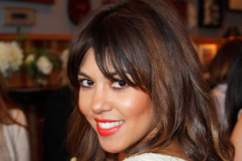