Is Amanda’s “crazy” reaching a new level? Just when the Twitter waters started to settle, hurricane Amanda returns! Only a few hours ago, Amanda Bynes attacked Miley Cyrus and Drake by sending hate tweets (nothing new). What did they ever do to you, Amanda?

Here we go again! Amanda Bynes names her latest “you’re ugly” victim: Miley Cyrus! Why do you think she does this? #LiveFromE

The Amanda Hurricane picks its next two victims. See what she has to say below!

With the recent sloppy pics of Amanda leaking all over the internet, it’s hard to take her seriously when she rags on celebrities like Miley for “not wearing makeup.” Why is Amanda bringing on this sudden new beef?

Is that an ugly face or what? twitter.com/AmandaBynes/st…

Wasn’t Amanda sending Drake raunchy messages over Twitter just a few weeks ago? Either this chick can’t make up her mind or she’s just lost it.

@persiannyc27 @drake I guess you don’t want him to murder your vagina anymore, @amandabynes?

Poor Drake. Pick on someone your own size, Amanda!

“@amandabynes: Ur ugly @mileycyrus twitter.com/AmandaBynes/st…” and youre on crack. bye.

Even though Miley probably laughed it all off, I bet she’s wondering what she did for Amanda to publicly lash out on her like this. In the words of Hannah Montana… “Eeeeep!”

Miley said she isn’t going to entertain Amanda Bynes and added that it’s funny how she attacked her while “Miley Cyrus” was a TT. #PREACH

Things are looking worse and worse for Amanda’s reputation, but just as her last bit of sanity seemed to wash down the drain- the unexpected came to the rescue. The other Drake (Drake Bell), Amanda’s old co-star, reaches out to her despite her hurtful words to others, and defends her! That’s right- according to Fishwrapper.com, Drake claims:

Amanda and I are close… I talk to her every day. She’s a sweetheart. I had lunch with her yesterday, and she’s brilliant. She’s good, and she’s healthy. … I’m like ‘dude, you come off crazy.’ She’s like, ‘I know, but I don’t mean to. I just changed the way I look’… Anytime I’ve ever been with Amanda, she’s totally coherent, totally there, totally everything.

Your friends would love this!

Meanwhile, it could be that Amanda may be lashing out due to jealousy over Liam! Twitter is spilling with the latest info on Amanda and Liam’s sexy past… and yes, apparently they have one. Check out these tweets!

Is Amanda lashing out on Miley because she wants to relive her lustful past with Liam?

Is Amanda crazy… or just angry? Whatever she’s doing, it’s just plain strange. Even her most loyal fans have been giving her the benefit of the doubt recently… but at this point it’s hard to deny the obvious.

I was rooting for her comeback until she started attacking me,” she added. “I just thought it was hilarious that she mentioned my name the moment I was the worldwide trending topic on Twitter.

Will the madness ever end?

Show this to your friends! 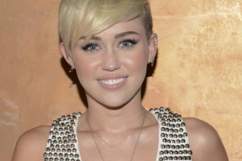 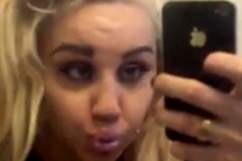 Read More
Amanda Bynes, Celebrities, Drake, Liam Hemsworth, Miley Cyrus, Twitter
Amanda Bynes is at it on Twitter again, and this time her victims are Miley Cyrus & Drake. But, there's another Drake defending her. See what Drake Bell dishes!