As we heard from her in an interview with CNN back in May, Lindsay Lohan is sick of rehab. Not only that — but according to TMZ she’s “terrified” of relapsing back to drugs or alcohol because it means she will have to go back! According to CNN, Lindsay said this about what any more rehab will do to her:

I’ve been court-ordered to do it six times, I could write the book on rehab. Constantly sending me to rehab is pointless. The first few times I was court-ordered to rehab, it was like a joke, like killing time.

What’s Lindsay’s solution then to try to combat her addictions? Apparently, becoming a hermit.

She told CNN this:

This is where it gets hard for me to explain,” she said. “I don’t think there’s anything wrong with people taking time to just be by themselves. I think people want to see me do that. They will keep saying the same things about me if I don’t. I don’t think it will be a bad thing for me to be away with myself for three months.

Maybe taking some time to herself won’t be such a bad idea. Lindsay is planning to go somewhere far, far away… away from city lights and pretty much anything that will trigger her to fall back into her addiction. TMZ also reports the star has been Adderall free for some time now, a drug she was accused of misusing — but, at least for now Lindsay seems to be laying off. Sources told TMZ Lindsay wants to run away because “cities like New York and L.A. only feed her demons.” They also said she plans to start her hide-out once she gets out of rehab in August. 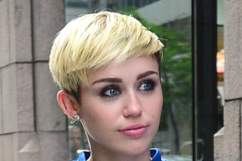 Miley Cyrus Too Skinny: Wasting Away 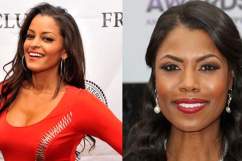