Belieber Avalanna Routh passed away at only 6 years old one year ago today. Battling brain cancer, she befriended star Justin Bieber and became very special to him. Today, RIP Avalanna is trending all over Twitter. Here are the 5 facts on Avalanna and her relationship with Justin Bieber.

Atypical teratoid rhabdoid tumor (AT/RT) is a rare tumor usually diagnosed in childhood. Although usually a brain tumor, AT/RT can occur anywhere in the central nervous system (CNS) including the spinal cord … The survival rate for CNS tumors is around 60%; with AT/RT it is around 10%. Pediatric brain cancer is the second leading cause of childhood death, just after leukemia.

Because it is highly malignant, AT/RT has a high mortality rate. A survey of 36 AT/RT patients at St. Jude Children’s Research Hospital from 1984 to 2003 showed that the two-year event-free survival for children under three was 11%, the overall survival rate was 17%. For children aged 3 years or older the event-free survival was 78% and the overall survival 89%.[3] Because most patients with AT/RT are less than three years old (71% in St Jude Study), the overall prognosis for AT/RT is very poor.

2. The Doctors Only Gave Her a Week to Live

#RIPAvalanna the doctor said she would make it to 7 days she made it to 6 years pic.twitter.com/1cP6rpu0qV

Avalanna was said to have been diagnosed with only 7 days to live and she made it to 6 years.

3. Alanna Is the Real Mrs. Bieber

Just a few hours ago, Justin Bieber remembered his first “Mrs. Bieber.” Bieber considered her his very own Mrs. Bieber, with a cute little ceremony in the hospital. Check out the video in Fact 4 to see Bieber elaborate on his little “wife.”

4. Justin Bieber Got Choked Up Over Alanna on Entertainment Tonight

Shortly after Alanna’s death, Bieber had trouble keeping his cool when talking about the little girl. Watch this video … It’s very endearing.

Watch this video of Bieber singing to Alanna “One Less Lonely Girl.” So sweet as the singer gets a little emotional while singing. 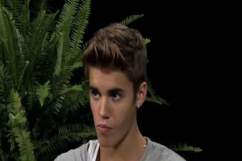 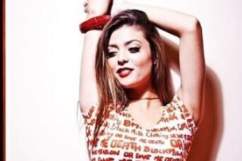