Paul Baumer, DJ with the Dutch dance group Bingo Players, has passed away this morning after a battle with cancer. Here’s what you should know about this musical superstar, his life, and his death.

1. Maarten, His Partner in Bingo Players, Posted His Condolences

The second, remaining half of Bingo Players, Maarten Hoogstraten, posted his condolences to the Bingo Players Facebook, reports JustNoiseToMe.

2. Paul Was Diagnosed With Cancer in July

Vibe.com said in a July article, “Paul Bäumer, has been shockingly diagnosed with cancer. Having interviewed Paul at different points in his career, he epitomizes a forward-thinking artist… I can only say Paul is a kind and funny person, down for a brew and a laugh (even two seconds before hopping on stage).”

In a press release Paul stressed how he would remain as committed as he could be, despite the diagnosis.

All shows that are planned will still be happening and we will have more tour announcements coming. For us, we want to continue to help create those meaningful and memorable experiences from our music and shows, but as you can imagine in light of this news, we need to make some adjustments and we hope you understand.

“It’s amazing!” Paul told OfficialCharts.com. “We really didn’t expect to be Number 1 in the UK; we were aiming for a Top 20 song, and then we heard we were in the race for Number 1! We wanna thank all our UK fans who supported us by buying Get Up (Rattle)!”

3. Paul Remained Committed to Bingo Players & His Love of Music Despite His Diagnosis


In an interview with iHeart.com, Maarten said of Paul and his diagnoses, “He’s doing well. He feels good, he’s positive. That’s one of the most important things you know. He can do some studio work. He’s still in treatment. But he’s looking good. And he’s positive you know, that’s one of the things I’m happy about.” 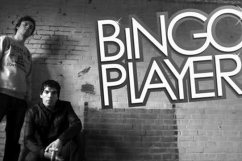 4. The Band’s Two Most Popular Songs Are ‘Rattle’ & ‘Cry Just a Little’

Paul of @bingo_players passed away ! I worked with him in NYC. I remember his energy and desire to have fun. life is unfair RIP Paul

really saddened to hear about the loss of a wonderful human. honored to have known him. rest in peace paul. #paulbaumer @bingo_players

Can't believe it, just heard the new about Paul, my toughts go out to all his friends and relatives.. and offcourse Maarten! @bingo_players

I'm in shock to hear a good friend Paul of @bingo_players passed away in his fight against cancer. RIP Paul pic.twitter.com/c9xy6pyTR9

Thanks Paul for all the special memories!! Rest In Loving Peace Paul Baumer. @bingo_players @hysteriarecords #RIPPaulBaumer

Wow… Blown away by the news about Paul Baumer. Wherever you are Paul, just know we'll always keep on dancing for you. #RIP