Sadie Robertson is using her newfound celebrity status in great ways. Not only does the 16-year-old already have a fashion line, she also has a weekly inspirational YouTube show. The daughter of Willie, she takes after her father and is not afraid to speak her mind. Here’s all you need to know about this Duck Dynasty teenager.

1. She’s the Daughter of Willie & Korie

The new reality star is the daughter of Willie Robertson, President of Duck Commander.
Her and her three siblings, John, Will, Luke and Bella, can been seen on the show along with their many cousins, aunts and uncles, and grandparents.
The teenager is still getting used to the success of the show and her newly-famous family.
She told billboard:

“Every time I go to Walmart, I feel like all eyes go straight to me. There’s one about ten miles from my house. You walk in, and there are TV’s on display, and each of them has ‘Duck Dynasty’ on. Then you see things like ‘Duck Dynasty’ band aids. That is so weird to me, but people like it.”

2. She Walked the Runway at New York’s Fashion Week

Dressed in a black-and-white polka-dot prom dress, she strutted her stuff on the runway during the Evening By Sherri Hill Spring 2014 show at the Trump Tower. The budding fashionista partnered with Hill to create a line of prom dresses called Sadie Robertson Live Original.
She joked with US Weekly about the dresses having her father’s approval.
“It’s gotta be long enough . . . the finger-tip rule,” she said.

3. She Has a Boyfriend

She is dating Blake Coward, and her social networks are filled with pictures of her “love.”

Every time I think of you, I give thanks to my God. (Philippians 1:3 NLT) @BlakeCoward

4. She Said Fame Is Not an Excuse to Lose Faith

In March, the young Robertson interviewed with Fox411.

She talked about how people use popularity to give up on their religion:

I think people use fame as an excuse to lose their faith. Faith is obviously my number one priority and I think you need to put God at the top of everything you do.

The family-oriented teen also reiterated that the intentions of the reality show were always pure.

“When we began Duck Dynasty, we weren’t starting it for fame,” she said. “We started it to get the message of God out there.”

5. She Has a YouTube Show Where She Quotes Scripture

Sadie started the show, The New Different, with her friend, Kolby Koloff, in August of 2013. Every Monday, they give their views on life and God, while quoting applicable Bible verses.

She dished to Fox about why she started the inspiration program:

We started The New Different because we saw all of these people get famous from doing stupid things on Vine and YouTube and we thought if they can put the stupidest things online and have millions of views, why don’t we start a Christian-based video series? 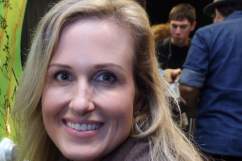 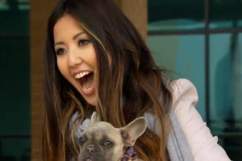