One of the most-talked-about kisses at the Golden Globes was when Jennifer Lawrence planted one on Nicholas Hoult after American Hustle won. Here’s all you need to know “About A Boy” who stole JLaw’s heart.

Hoult started his film career as the lead in the 2002 film, opposite Hugh Grant. In 2013, he told Elle that he admired Grant’s way with women:

Just watching him was quite remarkable. He’s one of the most charming people in the world. Women do just melt around him. There was a kind of, oh, okay. He seems to have something.

There was a time, Hoult admits to Vulture, when it was hard for directors to forget that boyish persona and cast him in more adult roles:

As you’re growing up, it’s odd, because directors don’t expect you to grow up. They think you’ll be young forever, but as an actor, there is an awkward period when you’re too young for old or too old for young, and it can be an odd time.

The 24-year-old still has an attachment to his native England. When the Daily Mail asked him when he’s happiest, he answered:

I’m so happy to be back in England! I’ve been in the Namibian desert for so long filming Mad Max: Fury Road, so to see green and trees is wonderful.

The down-to-earth actress fell for the Brit during the filming of the action flick. In the December 2012 issue of Elle, she gushed about her new boyfriend, saying:

[My boyfriend] is honestly my best friend, and hopefully I’m his best friend too. He’s my favorite person to be around and he makes me laugh harder than anybody.

In May, they will return onscreen together in X-Men: Days of Future Past. When they were filming this sequel, they rekindled their once-broken romance.

4. They Broke Up After Two Years of Dating

The pair split in the spring of last year. After the breakup, Lawrence spoke to Vogue about a fault of her then-ex, which was that he did not wring out dish sponges:

[Hoult] would never wring them out. We were in the kitchen once, and I picked up the sponge, and it was soapy and wet, and I was like, ‘See? These are the kinds of things that make me think we are never going to work.’

However, they’ve been seen together over the last few months and were definitely back on last night at the Globes. When Jen, 23, won for her role in American Hustle, Hoult appeared to mouth the words, “Way to go, baby!”

A week after the awards show, Hoult sang Lawrence’s praises to the Huffington Post.

She deserves it all. It’s fun to watch.

5. He Was the Lead in the Cult Teen-Drama ‘Skins’

Although it only lasted for two seasons, the British teen drama helped Hoult make a name for himself as an actor.

In fact, he told Vulture he had quite the following in England:

Skins was very popular here, especially with people my age, and there was an odd period for a little bit, I remember. I’d be sitting in a car waiting for my little sister to come out of her classes, on a street corner, and there were like a hundred people gathered outside the car watching me. I felt very much like an animal in the zoo. I remember thinking at the time that maybe acting wasn’t the right path, cause that was quite a scary experience. 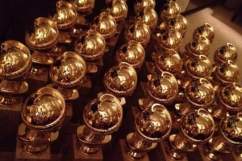