On Sunday night at the Grammy awards, as musicians were settling in to enjoy music’s biggest night, Natalie Grant was leaving. The Christian singer-song writer, who was nominated for two gospel Grammy awards that night, made headlines as she stormed from the audience and tweeted to show she did.

(1 of 2) We left the Grammy's early. I've many thoughts, most of which are probably better left inside my head. But I'll say this:

1. There is Debate Over Which Performance Offended Her

After Grant tweeted about her departure, Christian news outlets began to speculate as to which performance had caused her to leave.

Their first guess was Kary Perry’s “satanic” performance with Juicy J. The duo was hailed as being “fiery satanists” and danced through a fire that seemed to make a lot of Christian writers nervous.

But, the most likely choice for why Natalie Grant fled the Grammys has the be Macklemore’s “Same Love” performance, during which Queen Latifah legally married 33 gay and straight couples on stage. 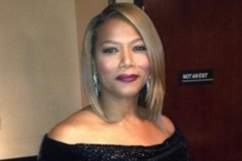 In a Facebook response to the media speculation surrounding her departure from the Grammy’s, Grant reaffirmed that, “I NEVER said I left during any particular performance.”

3. Christians Were Outraged by the Onstage Gay Marriage

During the event, conservatives and Christians took to Twitter to express outrage that CBS had the audacity to allow people to get married on stage.

Oh great, they are turning the Grammy's into a massive left-wing political statement. First the Olympics and now this. Nothing is sacred.

@CBS CBS: Shame on you, the Grammy's is supposed to be a family friendly show. It was disgusting, and sick to have gay marriages.

4. Grant Was Nominated for Two Grammys

Well, no Grammies this year. But honestly it’s truly so fun to be here AND I celebrate Tasha Cobbs & also the writers of Overcomer!

Grant received her nominations for her 2013 albums Hurricane. The record received rave reviews from Christian music critics at peaked at number 17 on the Billboard top 200 chart.