Juan Pablo Di Pace has come a long way from his native Argentina to join the cast of Dallas. The multi-talented actor has appeared in TV and films, and even has an album.

Here’s all you need to know about the 34-year-old who is sure to be breaking some Southern hearts on the drama this season.

On the TNT series, he plays self-made millionaire, Nicholas Trevino.

He told Latina magazine about his character:

He’s the kind of character you don’t expect to give you so much, and then you realize he’s got all kinds of backstories and lies. The secrets keep coming.

He credits the show as having a heavy Latino influence, telling Latina:

I think it’s a really amazing balance…and with all the Latinos on the show, it feels like a trailblazing show in a way. Because you can sometimes have shows all about Latinos, and you sometimes have shows with one Latino characters. But, in this show, they don’t make a big deal out of it. It’s very organic. There’s 30 to 40 percent Latinos on this show, and it’s part of the story. It’s not a song and dance. It just happens to be like that, and I think that’s great.

He seems to like his new role and has found his niche on the drama, saying:

So, it’s a very cool role to play, because basically I’m asked to play an actor. You know, someone who switches from one situation to the next — from one conversation with a person to another conversation with another person. He sees, in every opportunity, something to get. It’s very Dallas.

In the above clip, Di Pace is singing “Immortality,” written by the Bee Gees.

It was released on Primer Acto, his first solo album.

The actor has a successful music career. Globomedia reports that he collaborated on music projects with Diane Warren and Desmond Child and has directed two music videos: Katie Melua’s “Two Bare Feet” and Hughes Corp’s “What a Feeling.”

The cultured actor is from Buenos Aries but lived in London and Italy.

According to his website, he lived in London for 10 years, and that’s where his career was jump-started. There, he started in the musical Chicago.

He told Latina about never settling in one place: “So, I guess I have to hop and jump between countries…and I don’t know where home is anymore.”

Now that he’s here in America, he seems to be staying put for now. He added:

Really, the U.S. was my first goal. So, after all these years I feel like I’ve come full circle because I’ve always wanted to work in the states. But, I guess everything was training ground that prepared me for this — for what’s happening now.

Besides singing, he can also dance, and has starred in multiple musicals besides Chicago. In 2008’s Mamma Mia, he acted alongside Amanda Seyfried and Meryl Streep.

He was Danny Zuko in the Italian production of Grease, which he also directed. He also played Tony Manero in Saturday Night Fever in Madrid.

5. He Was in 2 Movies With His Sister

Maria Victoria di Pace starred alongside her brother in Survival Island and Tutti intorno a Linda.

The actor told Latina that his sister influenced him to pursue acting when he was just a teenager:

My sister is an amazing actress, and has always been the actress of the family. So, I always saw her and thought,’Wow, she has balls!’ 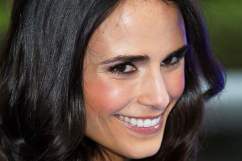