The Boston native is still close to his mother, gets anxiety at press conferences, and admits that he’d rather have a family than an acting job.

It’s not surprising that the charming 32-year-old is always cast in a hero role. He did admit that he hopes to try out being the bad guy at least once. “I would love to. I hope I get that opportunity. Maybe I can direct something where I get to play the villain. Why not,” he said.

Here’s what you need to know about the down-to-earth actor.

When Evans was offered the part of the comic book hero, he actually went into therapy.

The commitment included being in the nine-movie franchise, which worried the actor.

He didn’t want to be seen as a cartoon character for such a long time.

To lessen the blow, Marvel Studios reduced the number of films to six, but Evans still refused.

He finally caved, and told W Magazine, “And if I hadn’t done the movie, I’d be kicking myself.”

Screenrant brought up the staggering statistic that he’s already played Cap four times, to which he replied:

In an interview with Variety, he talked about when he will be finished playing the iconic role:

When he was 18 and attended acting camp, he was one of the only straight males there.

“I was one of the few straight guys there; I realized early that the odds with girls were in my favor,” he told W Magazine.

His high-profile girlfriends over the years have included Jessica Biel and Minka Kelly.

There is now talk that he is dating Alice Eve, his costar in 1:30 Train, a film where he is also the director.

The plot is that Eve misses her ride home at Grand Central Terminal and spends the night talking to a street musician, played by Evans.

3. When He Had Sex for the First Time He Told His Mom Right Away

He’s extremely close to his mother. In fact, Variety interviewed him and his mom together in 2012.

Lisa Evans dished on her son’s dating history, adding, “You always tell me when you think a girl is attractive. You’ll call me up so excited. Is that okay to say?”

When his mom left the room, Evans said, “The first time I had sex. I raced home and was like, ‘Mom, I just had sex!’ ”

Although he’s enjoying success in Hollywood, he wants to have a family of his own one day.

He explained that relationships are more important to him than any film could ever be:

When you’re old and on your death bed, looking back at your life it’s not going to be the films you’ve made or what you’ve accomplished, it’s the relationships you have. You’re survived by things that matter-the people you love and those who love you back.

While he waits to get married, he has no problem taking out his costars who already are.

He told Beauty World News how he still loves to hang with his Avengers costars, many of whom have families:

Everyone’s married and has kids and s–t like that, so I’m still the one single guy going, ‘Come on, shots!’

4. There Were Rumors He Was Quitting Acting

The popular actor first dropped the bomb to Glamour magazine, saying, “I think when I’m done with this Marvel contract, I’ll take a little break from acting.”

After the statement caused a stir in the industry, he told Variety:

If I’m acting at all, it’s going to be under Marvel contract, or I’m going to be directing. I can’t see myself pursuing acting strictly outside of what I’m contractually obligated to do.

Although he does admit that he is open minded to returning to his first career if wants:

For all I know, in five years, I might say, ‘Shit, I miss acting.’ Right now, I just want to get behind the camera and make movies.

5. He Got His Big Break Through a New York City Internship

He told about.com how he landed the internship:

I went to New York the summer of my junior going into senior year. I just wrote a bunch of letters to casting agencies asking if they needed an intern.

His job included getting coffee and answering phones. But in the process, he charmed a few agents.

By the end of the summer, from talking on the phone, I was pretty good friends with like two or three agents. I just kind of said, ‘Would you sign me’ and they said, ‘Sure.’ 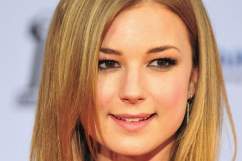