We're proud to present the latest beautiful woman on our cover: http://t.co/zEADQpzAha pic.twitter.com/RTYWEFIsFd

This is not the first time the actress-turned-sex-symbol has posed naked. However, this feature has special meaning since it’s the magazine’s “Next Big Thing” issue.

Let’s learn more about the 35-year-old who may be “the most important actor/director/writer of her generation.”

1. She’s Married to a Tattoo Artist

Bell met her husband, Scott Campbell, on the set of HBO’s How To Make It in America. His job was to apply a temporary tattoo on her, which was an image of a stack of pancakes.

Within nine days of their first date, Campbell got her name tattooed on his back.

Campbell is still involved in his wife’s career. In fact, he inked her for a New York Magazine photo shoot in 2013.

The show that brought them together, How to Make It in America, was focused on the New York City hipster scene.

A native New Yorker herself, Bell said,”…How to Make It in America is the most accurate depiction of the New York hipster community on television for sure.”

2. She Writes a Column About Cars

Bell is a automotive contributing editor for The Hollywood Reporter.

Named “Test Drive,” her column covers the automobiles of Hollywood.

She talked about her interesting job with the site:

I’m just thankful The Hollywood Reporter has been so generously willing to enable my secret addiction. My father and mother couldn’t be more proud. In other news, my brother is jealous and won’t return my calls.

3. She Started Doing Voice-Overs at a Young Age

She made her directorial debut in In A World, where she played the daughter of a Hollywood voice-over legend.

When she was just 11, Bell started taking over the announcement for the stewardess on flights. She said, “I think everyone kind of snickered when I walked out from behind the curtain and walked back to my seat with my unaccompanied-minor placard. Of course you could not do that anymore with all of the security.”

The interest started super young. Someone had said I had a good ear when I was young because I was mimicking all of my parents’ friends, basically. They would have pals visiting from out of town — from England or France, or they had friends from the South at one point.

I could hear their accents and I would start taking on their affectation and dialect—obviously not in a rude way, because I was raised right. It was in a playful way, and then that became a source of entertainment for my parents. I was sort of an annoying, precocious child who took on accents.

4. She’s a Juror for the Tribeca Film Festival

Bell will be a part of this year’s festival, running from April 16-27.

Being a self-proclaimed “film fanatic and film buff,” she is excited to judge the contestants.

This is the first time I am a juror so I’m very excited to be a part of the Tribeca team this year. It’s a lot of work and I take it really seriously. Obviously I had a tremendous experience and I’m very thankful to Sundance. I know how it can change for a first time filmmaker or any filmmaker. It can change your life so I’m really excited to see all these new films. I am a film fanatic and film buff. I’m a film fan, I’m so excited to be an audience member and enjoy it.

The pair worked together on What Happens in Vegas and became instant friends.

She told Indie London how much she admires Diaz:

I think that she’s such a naturally generous, nice person. I think the characters that she plays are always so funny and light and wonderful, you just want to hang out with that person, and the truth is she’s really like that.

They got so close they even went kart racing together, but Bell admits that her friend was better at the sport.

She said, “She completely spun me out, it was scary.”

Diaz has remained one of Bell’s close friends and was at her New Orleans wedding. 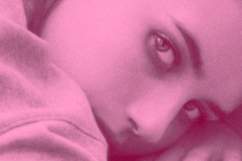