Paul Iloilo Ieti is originally from American Samoa, but has spent the past nine months fighting in Afghanistan. For his first appearance on America’s Got Talent, he delivered one of the most humble and heartfelt performances the judges and audience had ever seen.

During Judgment Week, Paul sang “Bless the Broken Road” and was the only male singer the judges immediately put through to Radio City.

Leti joined the military straight out of high school and recently came back from nine months in Afghanistan. His battle buddies would ask him to sing to them when they were fighting overseas and hanging around Savannah as a means of comfort. In an interview before his performance, Leti said:

When you’re out there… it’s just… being scared of not going home. You don’t know if you’re going to see tomorrow, but you have to be brave for yourself, your country, your family, your friends. And when I was scared, music was there, and it feels good to know that my singing and my music can comfort some else. It means the world to me.

2. He’s Featured On the US Department of Defense Website

(US Department of Defense)

On Wednesday, the US Department of Defense released an article about Ieti’s humble and modest nature. The soldier, who is assigned to Company A, 603rd Aviation Support Battalion, 3rd Combat Aviation Brigade, told the American Forces Press Service that he has never understood why people change when they’re in the spotlight.

Both of my parents have told me that no matter how far I get or how famous I get, I need to remember where I’m from and to stay humble.

I like to think that it’s a matter of humility and things that he’s learned throughout the years. Basically, it comes down to his family, his faith and his friends.

Ieti says that while he enjoys singing, there’s no better feeling than truly comforting his fellow soldiers. Juliet Schwarz, another friend of Ieti, spoke about a recent experience she had with the soldier overseas. Schwarz was having a tough day in Afghanistan, and Ieti asked if he could sing to her– she let him, and his voice immediately transported her away from the war zone.

I just didn’t feel like I was there any more. That short time while he sang, I felt elevated to a different level. It made me happy.

It's up to you america. It's live show time. Bringing everything i have. Count on it. #PaulOnAGT #AGT #singingsoldier #challengeaccepted

The 21-year-old grew up singing in church, but had never performed for as many people as he did for his first performance on AGT.

Ieti hasn’t seen his parents since August of 2012, before he was deployed to Afghanistan. He hasn’t visited because of expenses, and told AGT that he’s had a hard time being in this competition without having his parents by his side.

It is hard going through this by myself. I told my mom and dad that I’m doing it, but it still doesn’t feel like I can give everything I have because they’re not here. Just to see my mom smile at me… the best I can do now is just do this…

Ieti couldn’t finish his sentence while speaking to the cameras because he broke down in tears. He told American Forces Press Service if he won the grand prize of $1 million, he would buy his parents a car and home, and save up the rest.

4. He Was Featured In ABC News Last Year For His Viral Videos

In August of 2013, ABC News released an article about Ieti’s viral music videos that the soldier uploaded to Youtube while he was stationed in Afghanistan.

An average Leti video has over 15,000 likes. He covers a wide array of songs– from Christina Aguilera to John Legend. The Huffington Post shared an Etta James cover Leti shot in uniform, garnering even more support for the modest guy. 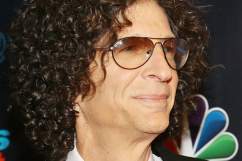 5. Facebook Fans Have Tried To Get Him On Ellen

Facebook and Twitter have blown up over the past few weeks with an outpouring of love for Ieti. Fans who were impressed with his first performance immediately fled to his Youtube page to catch more of his work.
Many posted his rendition of “Stay” on The Ellen DeGeneres Show‘s Facebook page, hoping the show will want to bring him on soon.