26-year-old Mat Franco says he’s the biggest magic nerd you’ll ever meet. The self-taught magician has loved performing tricks since he was four, and has been able to impress the judges so far on America’s Got Talent. Franco is one of 48 acts progressing to the live shows at Radio City, and will be showcasing his skills Tuesday night to see whether he has what it takes to move on to the semifinals.

1. He Studied Business At the University of Rhode Island

Before Franco decided to take up magic full time, he studied Business (Marketing) at the University of Rhode Island. He minored in Communication Studies, and has become a “campus favorite” since graduating in 2010. 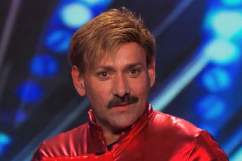 2. He Founded a Specialty Talent Agency for College Students

Franco is the founder of Franco Talent, a specialty agency that represents the best college performers in the world. Some of the company’s top performers include Eric Dittelman, (America’s Got Talent, Fox Business News, The Ellen DeGeneres Show), and Jacob Williams (MTV’s Wild’ N Out, America’s Got Talent). Franco also won the Male Performer of the Year Award from Campus Activities Magazine for his work with Franco Talent.

3. He Fell In Love With Magic At Age Four

http://youtu.be/8TZA2Bbzgk0 Franco decided magic was his passion at just 4-years-old, after seeing it on TV. He told Turn to 10,

Most kids go through the magic phase and I stuck with it. Never left me.

Though he’s appeared very confident on the show this summer, he’s aware of just how important it is to execute his tricks perfectly.

…one mistake would look really bad. If you say a 10 and throw down a 2, you’re done. 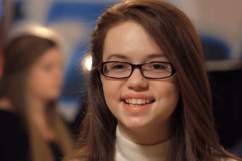 Franco was raised in Rhode Island, where he says learning magic was always his top priority. He learned the art by videotaping shows and and studying them in detail to see just how the tricks were performed. When he was 12-years-old, he had saved enough money from local magic shows to travel to Las Vegas to learn magic from the industry’s biggest names.

A few years later, Franco was asked to come back to Vegas to perform at the Riviera Hotel and Casino as part of the Society of American Magicians National Conventions. He competed in many statewide and national competitions during this time, and won several awards for his magic skills.

5. He Thinks Heidi’s the Most Skeptical

When Turn to 10 asked Franco which judge he thinks is the hardest to impress, he said Heidi Klum is probably the most skeptical of all the judges.

Franco wants to go into Tuesday night’s performance with an even more surprising and impressive set of tricks, and hopes he can give the judges and America something they’ve never seen before.