1. Allison Holker Is His Dance Partner

Allison Holker is one of the new dancing pros on DWTS this season. The other two newbies are Keo Motsepe and Artem Chigvintsev. Holker is actually SYTYCD alum Stephen “tWitch” Boss and has a six-year-old daughter Weslie. You may have previously seen Holker on the show Hit the Floor. Check out a clip from the show below:

So APPARENTLY Jonathan Bennett & Matt Dallas are gay and very much in love…#hadnoclue pic.twitter.com/aiNIJ9eCrx

Starting off the year with a new fiancé, @bluehamilton. A great way to kick off 2013! pic.twitter.com/FQ9y4tHe

When Dallas came out, however, it was after his rumored relationship with Bennett and it was announcing he was engaged to a man named Blue Hamilton.

From the moment we met each other, we were instantly obsessed. It’s genuine excitement and we have so much fun together!

These two struggle with keeping their dance moves PG and trying to keep their silliness out of the way of their dancing … but it’s hard when they have so much fun together.

5. He Supports the Love Is Louder Project

Growing up, Bennett suffered from bullying. He now supports the project Love Is Louder and stated:

Of all people, I know how mean people can be to each other. I mean, we made a whole movie about it [referencing Mean Girls]. It happened to me in high school, it happened to me in college [and] it still happens to me today. And I’m not gonna lie, it sucks. Sometimes it really sucks. But it doesn’t have to forever because there are people out there who love you, and love is a lot louder than hate. 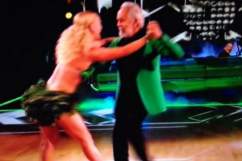 WATCH: Cheech & Chong Perform on ‘Dancing With the Stars’ 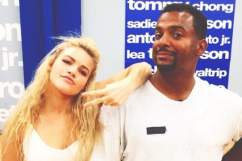