There is trouble in reality show paradise for Khloe Kardashian and French Montana.

The Keeping Up with the Kardashian star and rapper have taken some time apart.

Here’s what you need to know about their split and the history of their short-lived romance.

A source told Us Weekly, “They are on a break. The relationship got too heavy and Khloe needed to take a step back.”

An insider told E, “Khloe thinks he’s a great guy but it just wasn’t working out.”

2. Kris Got Him Paid

He also got paid when he was featured on Keeping Up with the Kardashians.

In an interview with Billboard, he did say this about his involvement with the famous family, “I want to capitalize on it. I’ll get a fan base from everywhere. I just hope I’ll be able to connect with everything that’s going on.” 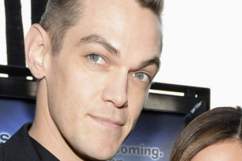 3. They Started Dating in April

The latest in the French Montana and Khloe Kardashian breakup will make you really MAD: http://t.co/zWGhsDIz9h pic.twitter.com/TQNVYVWyDc

TMZ first reported the two were spending lots of time together in April of this year.

The site said, “And, they hit up Pink Rhino in Phoenix this weekend where French was a promoted guest. We’re told the pair and their entourage went through 10 bottles (on the house, of course) and shelled out $7K on girls.”

Montana put his love in his music video for “Don’t Panic.”

4. He Said He Was Not Dating Her for Fame

In June, two months after they began their romance, he tweeted:

Just three weeks ago, she posted the above quote, which seems to be aimed at Montana.

However, a week after that, she posted this: