Tommy Chong is known as the “original stoner,” having starred in the classic, marijuana-themed Cheech & Chong comedies with Cheech Marin, as well as playing the role of Leo on Fox’s That ’70s Show. Now, he’s competing on Dancing With the Stars. Read on for the background on Chong below …

I didn't want to get out…. pic.twitter.com/rl6an7jCwh

Shelby Fiddis married Chong in 1975 in Los Angeles and they had three children together — sons Paris and Gilbran, along with daughter Precious Chong. In 1978 Fiddis and Chong adopted son Marcus Wyatt, an African-American/Chinese boy from Seattle, Washington, who was born in 1967. Shelby is a beautiful actress and comedian who was associate producer on four Cheech and Chong films. Fiddis has appeared in the films Cheech & Chong’s Next Movie, Nice Dreams and Things Are Tough All Over. She’s also the opening act for Chong’s comedy shows as well as the Cheech & Chong shows.

For more information on Shelby: 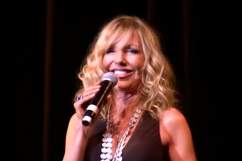 Chong announced on June 9, 2012, that he was battling prostate cancer and described it as a slow stage one that he apparently had for a long time. He said that he had been drug-free for about three years and then began having prostate-related problems. On July 15, 2012, Chong tweeted that he’d been using a hemp oil treatment to cure his cancer and it was effective, that he is “99 percent cancer free.”

3. His Daughter Rae Dawn Was in the Media for Racist Comments Against Oprah

Rae Dawn Chong was featured on a radio show where she threw racial insults at Oprah, called her the “N-word” and took digs at her appearance. Regardless of this, Tommy Chong stood up for his daughter, saying:

Everybody tried to make it out like she was trying to say that Oprah was the ‘N-word,’ ya know? It’s not that at all.

Check out dad Tommy coming to the rescue of his daughter in the above TMZ video. 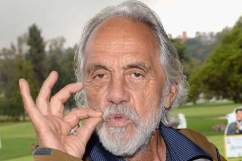 Chong was married to Maxine Sneed from 1960 to 1970. Chong married Maxine Sneed in 1960 in Canada. She is also multi-racial, of Black Canadian and Cherokee descent. Chong’s ancestry is half white, half Chinese.

Rae Dawn, Robbi and Chong’s other children, Marcus and Precious, have each pursued careers in acting. In addition to film work, in May 2011, Precious Chong had her play, “Push … One Mother of a Show,” produced in Toronto.

5. He’s Used Cheech in His Opening Performance on DWTS

On the premiere episode of Dancing With the Stars, Chong got a little assist from his stoner-mate Cheech Marin in his performance. You can check out the killer set in the above video. In fact, Chong says that Cheech is the whole reason he joined the show, betting Chong he couldn’t get on Dancing With the Stars. 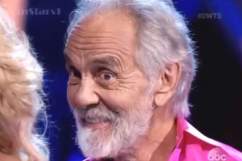