Supernatural star Jensen Ackles is married to a fellow actor that was also a gymnast and a model. Get all the details on Danneel Harris, now Danneel Ackles …

1. The Two Co-Starred in Ten Inch Hero Together

Ackles may have a net worth of $10 million, but he’s not the only actor in the family. In fact, he co-starred with his wife in Ten Inch Hero together. In the summer of 2007, Ackles snagged the role of Priestly in the movie, which was an independent comedy. The film hit the film festival circuit in early 2007 and Ackles received high praise for his performance.

2. Harris Was Friends With Ackles for Ten Years Before They Got Together

According to The Bustle, Ackles and his wife were friends for seven years and then dated for three years before getting married in 2010. The Bustle dishes on the wedding, writing: The wedding took place at sunset at the Crescent Court Hotel in Dallas, Texas in May of 2010, Celebrity Bride Guide reports. One Tree Hill’s Hilarie Burton, Bevin Prince, and Elisabeth Harnois were bridesmaids, and Supernatural co-star Jared Padadlecki was a groomsman.

Ackles was also a groomsman and Padalecki’s wedding, and like Padalecki’s wife, Harris wore a Monique Lhuillier wedding gown as well.

3. She’s Best Known for Being a Villain on One Tree Hill

Harris is mostly known for being on the CW’s One Tree Hill, where she played the role of Rachel Gattina. Gattina was the cheerleader and party girl who eventually married the character Dan for his money. Harris has also had recurring roles on Friends with Benefits and How to Live with Your Parents (For the Rest of Your Life) in addition to other projects.

Her character Shannon McBain on One Life to Live was another role Harris is known for.

4. Harris and Ackles Have One Daughter Together

Their daughter, Justice Jay Ackles, was born on May 30, 2013 and they call her “JJ.” Danneel Harris Ackles shared the first photo of their child on Twitter after earning over $50,000 in donations to hatsoffforcancer.org.

Instead of baby gifts, Harris and Ackles asked fans to donate to charity, Hats Off for Cancer, in JJ’s name. The charity helps to provide hats to children diagnosed with cancer. The Ackles helped to raise over $52,290 from over 3,662 supporters, according to Zap2it.

5. She Comes From a Small Town

Elta Danneel Graul is her given name. Harris was born in Lafayette, Louisiana, and was brought up in the small town of Eunice in St. Landry Parish. Her dad is a practicing Ophthalmologist and her mother is an interior designer. Harris was actually named after her great-grandmother Elta, but she goes by her middle name, Danneel, for her stage name. The name “Danneel” was reportedly inspired by Danneel Street in New Orleans. 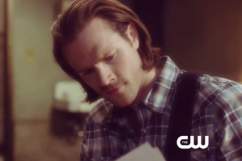 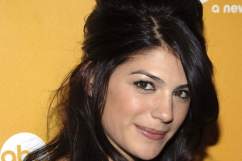