Gwen Stefani is a judge on The Voice this season and has enlisted the help of husband Gavin Rossdale to mentor her team of contestants. The star couple have amassed a combined net worth of approximately $135 million, have a brood of healthy kids together, and they know how to rock a stage. Though they have had their ups and downs over the year’s they’ve powered through and are one of Hollywood’s favorite couples to worship. Read on for the facts on Gwen and Gavin …

1. Surprisingly, Their Wedding Was Traditional

Stefani and Rossdale had a traditional wedding with some rock star touches, like Stefani’s pink dip-dyed wedding dress. In Style previously reported:

Gwen Stefani and Gavin Rossdale dated for six transcontinental-hopping years before Rossdale finally popped the question on New Year’s Day 2002. On September 14th of that same year, modern music’s most famous front-woman and her British beau exchanged vows during a traditional Anglican service at St. Paul’s Covent Garden in London. The bride arrived an hour late for the ceremony, but for the groom she was well worth the wait. “God bless Gwen,” Rossdale has said. “She has saved me in so many ways.”

In September 2014, the couple celebrated their twelfth wedding anniversary and Stefani posted a throwback photo to celebrate. Check it out below:

2. Cheating Rumors Have Rocked Their Marriage

Throughout the years, there have been a lot of rumors as well as issues that have arisen, testing the strength of the couple’s relationship. In 2004, a paternity test showed that Rossdale had a lovechild, who was then a teenager. The lovechild was fashion model Daisy Lowe, daughter of Pearl Lowe. The news reportedly was very difficult for Rossdale and Stefani to take in, especially Stefani. Then, in 2010, Courtney Love told Howard Stern in an interview that she and Rossdale carried on an eight month affair during his marriage to Stefani. She said that Stefani even knew about it. Neither Rossdale nor his wife every commented on Love’s claims.

3. Working Together on The Voice Has Been Bittersweet for Them

This is Stefani’s first season as a judge on the show, so bringing her husband Rossdale on board was double the pressure and she had some freak outs in the beginning. It took some adjusting, but Stefani came to appreciate what her husband had to offer to the show. Stefani praised her hubby saying:

He’s so talented, he’s so smart, he knows so much about music and it was really, really fun to do that together. I just feel really lucky because now he’s super invested in the show emotionally, so I can come home and be like, ‘and then, so-and-so, she left my team,’ and he’d be like ‘oh, really?’ If he hadn’t been there, he would have been like ‘whatever.’ Now we’re both in it together and you get so emotionally invested in these people, it’s a game, but a game of lives, so it’s pretty cool.

Stefani wasn’t the only one with the compliments, though. Check out the below video of Rossdale talking about what a wonderful coach his wife is on The Voice.

The advantage to being married definitely helps Stefani and Rossdale as coaches. For example, when Adam Levine leaves the studio, he has to wait until the next day to discuss his new ideas with fellow mentor Stevie Nicks, who’s helping him with his team. Rossdale and Stefani can bring their work home with them and strategize.

4. Rossdale Admitted to a Gay Relationship from the Past in 2010

As if cheating rumors and a lovechild weren’t enough, Rossdale admitted in 2010 that he had a gay relationship with British pop singer Marilyn back in the 80s. Here’s a video of the transgender star above.

5. Their Kids Are “Naughty”

i will never get over how cool gwen stefani's kids look and they're only 7 and 5 pic.twitter.com/wWP1py6NpA

Stefani and Rossdale have three sons together and one is still just a baby – Kingston, 8, Zuma 6, and Apollo, 8 months. Having so many children can sometimes take its toll on a marriage, but Rossdale tells Us Weekly that it’s just the opposite for his wife and him, saying:

We have so many kids now, no matter what, it’s rock solid.

As for how his children are, that’s a different story. Rossdale says:

Oh, they’re terrible! So naughty! But spirited is what I like to think of it as. 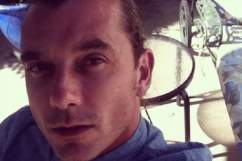 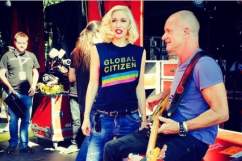 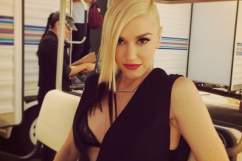