Tonight’s episode of Sons of Anarchy left viewers devastated as a major death went down … Bobby Munson. The two characters that many believed would be on the chopping block tonight were Juice Ortiz (Theo Rossi) and Bobby Munson (Mark Boone Junior). Juice is sitting in a jail cell and Bobby is in the custody of August Marks’ gang, who continues to cut off his body parts.

On tonight’s episode, Unser reveals to Gemma that Juice has been giving up names. This leads us to believe that Juice may now be in danger, especially after Gemma’s told that Juice is being set up. As far as Bobby goes, Jax makes a deal with Marks to get Bobby back, but before Marks’ crew hands him over, they break his jaw … as if cutting out his eyeball and chopping off his fingers wasn’t enough. At the drop off, Marks shoots Bobby in the head as a warning to Jax not to betray him in the future. Jax holds Bobby and cries, telling his beloved friend, “I’m sorry.” As payback for Bobby’s death the SOA crew make sure that Marks is sent to jail for the death of the pastor, among other things. Marks is taken away in cuffs as Jax and Chibs look on, along with Marks’ henchman Moses. 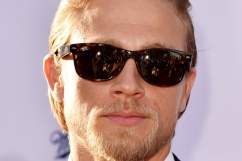 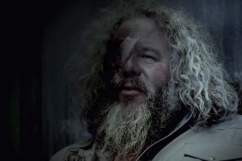