BZ Box, a collapsible storage box, entered the Shark Tank on May 16. The episode is rerunning on December 26.

Heavy interviewed Kaeya Majmundar, the young entrepreneur behind the product, to see how her life has changed since the show. “It’s been about a year since I faced the sharks and I’ve grown so much personally and professionally. I am so grateful to have been lucky enough to go through it because now, pitching has become second nature to me,” she said.

While helping her friend move out of her dorm room, she noticed that the cardboard boxes they used kept breaking as they were moved.

“I figured there had to be a better box design that eliminated the need for assembly and held together better,” she explained. Having a sister who is a fan of origami, Majmundar was inspired to create the foldable prototype.

This coming May, she is graduating Emory with a degree in economics. Although her parents are both doctors, she decided to pursue her entrepreneurial skills upon completion of college. 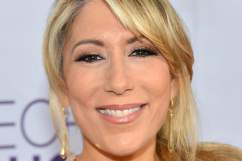 2. Lori Has Been a ‘Fantastic’ Mentor

When faced with the sharks, Majmundar asked for $50,000 for 20 percent of her company.

As she explained her business to the investors, it was apparent that she wanted Lori Greiner as her partner. In the end, Greiner offered $50,000 for 40 percent of the business, which was accepted.

When asked why she singled out the QVC guru, she said:

I wanted Lori most out of all the sharks because she is the type of person I want to be 10 to 20 years from now. I really admire her entrepreneurial spirit, as she has hundreds of products under her belt and her own QVC channel to sell them. 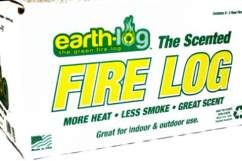 3. She Was ‘Slammed With Orders’ After ‘Shark Tank’

Directly following the show’s original May airdate, retailers reached out to her, interested in carrying the boxes. However, at this time, the product is still only available online through its website, although she is working on getting it into some stores.

“It was way harder than I thought it would be but hopefully it will turn out well,” she said about one day seeing her product in retailers.

With the show rerunning on December 26, she is looking forward to fulfilling more orders. “I can’t wait to relive that excitement and sell some product,” she said.

She started a new product called ZipTank, a tank top that converts into a tote bag. “I plan to start selling this coming summer as I’m really excited about it,” she said.

Here is its Kickstarter page, which hopes to raise $25,000 by January 26. On the site, she explains her future goals. “I still have one semester left of undergrad and finishing school will be a major priority until I get that diploma. However, I want to work hard to set everything up now so that I can continue on to develop my product full time after I graduate.” 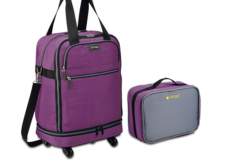 The video above is one she made for Collegiate Entrepreneurs’ Organization’s 2012 Pitch Competition. When she decided to apply to Shark Tank, she sent this clip, and received a call from the show four months later.

On her company website, she advises college students to join the Collegiate Entrepreneurs’ Organization, stating:

CEO provided me with the initial resources and guidance I needed to get my feet wet in entrepreneurship. I never really knew what entrepreneurship entailed until I competed in and won their 2012 National Elevator Pitch Competition.