Thankfully, Gene Hackman has not died, contrary to rumors on social media. The actor, who turns 85 on January 30, has been retired from acting since 2003.

1. It All Started When Grantland Referred to Him as ‘Gone’

The hoax was sparked by a Grantland article entitled, “The Greatest Living Actor at 85: Gene Hackman Is Gone But Still in Charge.” The word “gone” was later replaced with the word “retired.” But that didn’t stop some avid tweeters from running wild with it. The article was designed to coincide with Hackman’s 85th birthday. Speaking to ABC News, a rep for Hackman confirmed he was alive and well.

An “RIP Gene Hackman” page appeared on Facebook, the page read: “He will be missed but not forgotten. Please show your sympathy and condolences by commenting and liking this page.” That page attracted over 1 million likes before being deleted, reports ET Canada.

3. Dylan McDermott Went for it

Actor Dylan McDermott tweeted his condolences to Hackman but then deleted it. He followed it up with a message reading, “I guess Gene Hackman’s death was a celebrity hoax. People have too much damn time on their hands…”

I guess Gene Hackman's death was a celebrity hoax. People have too much damn time on their hands…

4. It’s Been Over 2 Years Since the Last Hackman Death Hoax

He was last the subject of a death hoax in October 2012. That hoax came from an erroneous update to his Wikipedia page. Since retiring from acting in 2003, Hackman has become a successful novelist.

5. This Is a Good Time to Remind Everyone About When Hackman Slapped a Homeless Man

This is the first time Hackman has appeared in the news since he hit a homeless man in Santa Fe in October 2012. According to the Oscar winner, he hit the man after the vagrant got angry when Hackman refused to give out any money. It was later determined that Hackman had acted in self-defense, reported the New York Daily News. 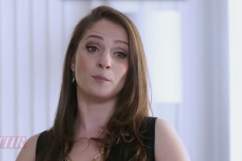