Katie Couric and Bryant Gumbel are back together to poke fun at their confusion back in the early days of the Internet in 1994 during an infamous Today show segment.

In their new Super Bowl commercial for the BMW i3, the old morning show partners are shown talking about this new thing called the Internet and debating what the @ symbol meant.

Gumbel thought it was “at” while Couric was pretty sure it meant “about.”

Gumbel asks, “What is Internet anyway? What do you write to it like mail?” Couric was equally nonplussed, asking an assistant, Alison, to explain what Internet was.

Cut to modern day – 21 years later – with the pair driving in a futuristic BMW and appearing equally bemused by the new technology. “What do you mean there’s nothing under the hood?” says Gumbel.

“A fan? Or a turbine or a fanbine?” wonders Couric.

The ad is already being tipped as best Super Bowl commercial for 2015. 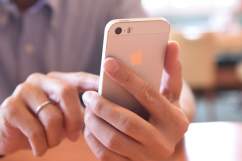