Can't imagine spending this past weekend with anyone better. #grateful #goldenhour #usfie

Jonathan Knight is starring on The Amazing Race with his boyfriend of 7 years, Harley Rodriguez. When Knight told his New Kids On The Block band-mates that he was joining the show, they were shocked. Knight revealed to E! News that he was surprised as well:

I was kind of shocked at myself too, for doing it. It was definitely something outside of the box for me. I’m the one who sometimes doesn’t like being on stage and being the center of attention. And now all of a sudden I’m being thrown into a race and all these crazy challenges … they were shocked. It’s weird for me, but even at 46, it felt to me like a growing experience.

Rodriguez is a personal trainer at Barry’s Bootcamp, who Knight met through a friend on a random night in Los Angeles and the rest is history. Read on for all the info on the couple, plus some background on Rodriguez.

1. While Some Are Surprised To Hear Knight Is Gay, He Says His New Kids On The Block Fans Have Always Supported Him & Rodriguez

Fun times at @BuzzFeed! Stay tuned tomorrow for whatever antics we cooked up! #teamnewkid #theamazingrace #TAR26 with @repostapp. ・・・

When Entertainment Tonight asked Knight about his being open with his relationship to Rodriguez, he said:

It’s funny, because I feel like I have been public. It’s weird. The New Kids fans have always known about my sexuality, they’ve always known about Harley. I never really kept it a secret and then in ’09 a whole thing started in the media that I should make a public statement. I kind of live my life as an example and I just never felt like I had to be on the cover of a magazine announcing that I was gay, it just who I am. I just live my life and I never really thought about it. But I guess, back to the root of that, it feels good. I hope that I can be an inspiration to kids that are young and may feel different or may feel like they don’t belong.

There’s a new generation of young kids who don’t know who the New Kids are, or there are people who were never into [the group], who don’t know Jon’s story and it’s new to them. There’s so many people out there that don’t know, so I think it’s a really good thing.

2. Knight Thought His Boyfriend Wouldn’t Be Interested In Being On The Amazing Race

For the last few years, Knight had wanted to join the show since he’s a big fan, but his touring with NKOTB always got in the way. This season, he got a phone call that they were doing a couples edition and would love to have him, so he asked his boyfriend. Rodriguez told E! News that:

Jon asked me like, ‘What do you think about The Amazing Race?’He thought I wouldn’t be into it, I was like, ‘Are you kidding me?!’

3. Rodriguez Is Very Encouraging of Knight

Both on and off the show, Rodriguez is very encouraging of Knight. Rodriguez told People:

We’ve traveled together, and we really just balance each other out in a lot of ways. We were worried we would fight on the race. But at home, we are totally chill and get along, so I didn’t worry about it so much.

Even so, every couple has their issues. Rodriguez says that Knight’s complaining gets on his nerves, while Knight says Rodriguez is always late.

4. Originally, Knight Had Another Person In Mind To Be His Partner On Amazing Race

Wishing everyone love on a daily basis…towards others and yourself! Happy #ValentinesDay ! #AmazingRace

Before Knight knew that the show was a couples edition, he had another partner in mind, telling E! News:

I had somebody else in mind to do it ‘cause I was a little nervous about doing it with Harley. But then the whole couple thing came up and I was like, ‘OK, here’s my chance to do it. Actually it was a friend of mine, it was a girl, and she’s a huge fan so when the season’s on we’re always talking about it. She was a big die-hard fan.

5. As A Couple They Are Very Indecisive

Together, Rodriguez and Knight make a very indecisive duo as Knight explains:

A typical night for us is like, ‘Where do you want to go to dinner, babe?’ And then we’ll spend an hour back and forth about where to go and then by the time we make a decision … we call up and they’re like we closed 10 minutes ago!

Even so, Rodriguez told Entertainment Tonight, that they were able to overcome their indecisiveness on The Amazing Race, stating:

Yeah because you’re making the decisions immediately. There’s no time to say, ‘Hey are we going to do it, or not? Who’s going to do it?’ You just do it. So that was one of the things we loved about it too. Right in the moment – choose it, do it, and just get on with it. So, it helped.

That only lasted for a little while as Rodriguez says they’re back to their old habits now. Rodriguez and Knight live together in an apartment in New York City’s Chelsea neighborhood. 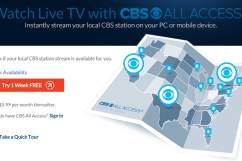