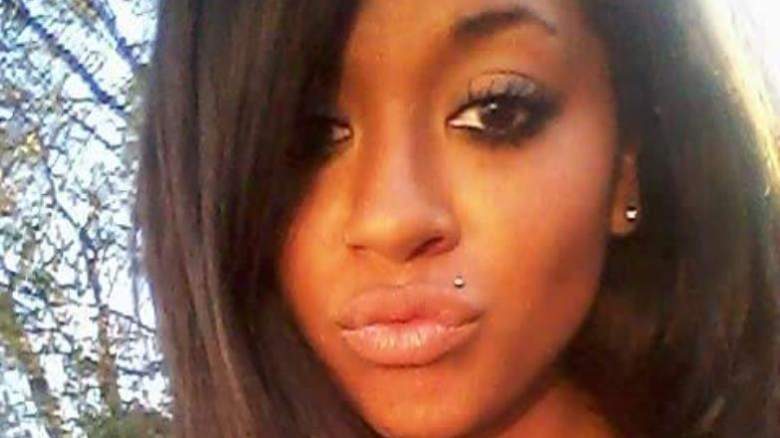 Valerie Fairman of MTV’s reality series 16 And Pregnant has been arrested in a sting operation. She made a name for herself on MTV, but has had many run-ins with the law since the show. Read on for the details on her prostitution arrest, her felonies, misdemeanors and her time on 16 And Pregnant.

1. Cops Say Fairman Was Working as a Prostitute

According to TMZ, Fairman “was allegedly walking the streets in New Castle, Delaware. We’re told cops conducted the sting after getting a slew of citizen complaints about prostitution in the area. Valerie allegedly agreed to perform a sexual act for cash.”

2. There Were 7 Other Women Arrested With Her

Fairman was reportedly arrested with seven other women. Fairman is reported to still be in custody. Ashley’s Reality Roundup reports that in 2012, Fairman also had a prescription drugs addiction and spent some time in rehab.

3. In 2011, Fairman Was Reportedly Arrested for Beating Up Her Adoptive Mother

In 2011, Fairman was reported as being arrested for beating on her adoptive mother, and Ashley’s Reality Roundup lists a ton of other arrests that occurred since:

For her crimes,Valerie received at least 52 days behind bars, as well as two years probation. She was paroled on June 12, 2013, after serving only a week in jail. Valerie was also required to pay back over $4700 in fees and restitution. She is currently on probation and was ordered not to have any contact with her victims.

4. Fairman Isn’t the First Girl From the Series to Run Into Trouble With the Law

Valerie Fairman isn’t the first star of 16 And Pregnant to run into legal trouble. Two prominent stars – Jenelle Evans and Amber Portwood have had many issues with drugs and violence, which we’ve seen all play out on Teen Mom and Teen Mom 2.

Whitney Purvis from season 1 of 16 And Pregnant was arrested in 2012 for stealing a pregnancy test as VH1 reported. VH1 also reported:

Joshua Rendon and Ebony Jackson-Rendon: This unstable 16 and Pregnant pair was arrested in September, 2011, facing felony charges of maintaining a drug premise and making unauthorized use of another’s property to abet a crime. They also faced misdemeanor charges of endangering the welfare of a minor (their 2-year-old daughter), possession of drug paraphernalia and possession of a controlled substance.

In turn, the Rendon’s lost custody of their child. Additional stars of the franchise who’ve been arrest include Aubrey Wolters for shoplifting, Kianna Randall for attempted burglary, Cleondra Carter for domestic assault, and Jamie McKay for assault. This doesn’t even count all the male stars on the series who have had to spend some time in handcuffs.

Valerie Fairman appeared on the second season of the series with her baby daddy Matt and their daughter Nevaeh. Her online bio from the show reads:

Adopted in to a family of 11 kids, Valerie Fairman is striving to give her baby the family she never had. Confronted with a boyfriend that denies he’s the father, she endures a perilous labor and nearly loses her baby.

Read More
MTV, Reality TV, TV
Valerie Fairman of 16 And Pregnant has been arrested for prostitution. Read on for the facts.