Tanith Lee during a signing. (Wikipedia)

Tanith Lee, who also wrote under the pseudonym Esther Garber, has died at the age of 67. She passed away on May 24.

1. She Wrote 90 Novels During Her Career

Throughout her illustrious career, she wrote 90 novels and 300 short stories. In 1980, her book, Death’s Master, made her the first woman to win the British Fantasy Award. More recently, in 215, she won a lifetime achievement award at the Horror Writers Association. Her death was first announced by fantasy literature site Tor. You can read a full list of her work here.

2. She Also Wrote Episodes of a BBC Science Fiction Series

In addition to her literature, she wrote two episodes of the BBC science fiction series Blake’s 7. You can watch the first episode of the series above. In a 1998 interview with Locus Magazine, Lee explained her style of writing and storytelling:

Writers tell stories better, because they’ve had more practice, but everyone has a book in them. Yes, that old cliché. If you gave the most interesting (to the person who’s living it) life to a great writer, they could turn it into something wonderful. But all lives are important, all people are important, because everyone is a book. Some people just have easier access to it. We need the expressive arts, the ancient scribes, the storytellers, the priests. And that’s where I put myself: as a storyteller. Not necessarily a high priestess, but certainly the storyteller. And I would love to be the storyteller of the tribe!

3. It Was Rumored That Her Father Was an Actor From James Bond

It was rumored that her father was James Bond actor Bernard Lee, who played M in the series. This was not the case, her dad was named Bernard, but he was a professional dancer as was her mother, Hylda. THe family struggled financially growing up in London post World War II. Added to this, Lee battled undiagnosed dyslexia in her youth and didn’t learn how to read until she was 8 years old.

4. Her Husband Worked as a Gravedigger

She met artist John Kaiine in 1987 and the couple were married in 1992. They were huge fans of Doctor Who. According to an interview Kaiine once gave, he formerly worked as a gravedigger.

5. There’s an Outpouring of Emotion on Twitter for Lee

We've just lost someone I greatly admired as a person & writer. Terrible news, such a hard year for these departures.

Her death has resulted in an outpouring of emotion from her legions of fans on Twitter.

I awoke to the news of Tanith Lee's death. The loss of a brilliant and singular voice. 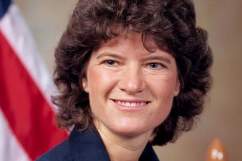