Tonight was the highly anticipated Season 2 premiere of HBO’s True Detective. Episode 1 is titled “The Western Book of the Dead,” and the official synopsis is:

The disappearance of a city manager disrupts a lucrative land scheme and ignites an investigation involving three police officers and a career criminal who is moving into legitimate business.

Here are the five most shocking or important moments from the episode:

1. Ray Velcoro’s Wife Was Raped, and Frank Semyon Helped Him Find the Perpetrator

Within the first few minutes of the new season, valuable backstories are revealed about some of the major characters. It is revealed that the wife of Ray Velcoro, played by Colin Farrell, was raped many years ago. Years before he went “straight,” career criminal Frank Semyon helped him find the suspect. Velcoro’s son was born nine months after the attack, and it’s revealed that a paternity test was never done.

2. Ani Bezzerides Is an Uptight Cop With a Renegade Sister

More is finally revealed about Rachel McAdams’ character Ani Bezzerides. After a lot of criticism that last season’s True Detective made women peripheral at best and helpless at worst, McAdams’ Bezzerides is the new solution: She’s an uptight cop that really hates webcam girls and thinks her sister should go on meds.

Her sister, Athena, is played be the 25-year-old actress Leven Rambin. You can read about her and her new GQ spread here. 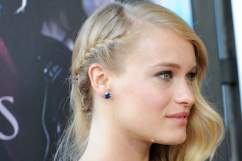 3. A City Manager With an Odd Sexual Appetite Goes Missing

4. Ray Beats the Hell Out of an Investigative Reporter

Already we know Ray is not the most upstanding cop. About 30 minutes into the new season, Ray finds and follows a reporter into his house. Did he do it in his official capacity as a police officer? Hell no. He put on a mask and gloves before going into that apartment and doing terrible things to him. Later in the episode it is revealed that he’s doing it to help keep Frank’s secrets. Maybe this is the end product of the deal that was made for the identity of Ray’s wife’s rapist?

Oh right, and then Ray goes off to confront a 12-year-old who’s been bullying his son. He does that by beating his father with brass knuckles while the kid watches. So, is Colin Farrell the bad guy of this show?

The frustrated Paul is zipping along the desert when he comes across a body sitting at a park bench. Of course, it’s the missing city manager Ben Casper, who has apparently been burned by acid.

The episode ends with our three detectives, some good, some bad, most drunk, all encountering one another at the same crime scene. 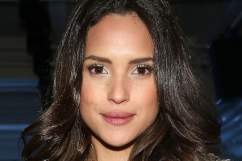 Read More
HBO, True Detective, TV
Recap, review and spoilers from the Season 2 premiere of HBO's True Detective. Episode 1 is "The Western Book of the Dead."