Doin the bull dance, feelin the flow. Workin it, workin it. I'll be doin my happy dance all the way to tomorrow night! #TheBachelorette #finale ? @tdelallave @boojemedia

According to Reality Steve, Bachelorette star Kaitlyn Bristowe chooses contestant Shawn Booth to be the winner of the 2015 season, accepting his proposal on the show’s finale. This, of course, means that Nick Viall is rejected once again. Even so, their relationship is reported to not be in the best shape as Booth’s jealousy is said to have been causing some issues. In addition, there were questionable photos posted online where Booth appeared to be drunk and flirting with other women. According to Celeb Dirty Laundry, Booth and Bristowe have actually broken up, but are keeping the facade going because they are under contract with ABC. An insider revealed that:

The producers aren’t saying they have to go through with the wedding, but they are reminding Kaitlyn and Shawn what they signed up for – and how they made Juan Pablo’s life a living hell when he didn’t conform. Also, they keep reminding Kaitlyn and Shawn that if they are not together, all of the perks of being the winning Bachelorette couple will go away, like the red carpet events, free tickets, and other gifts they are showered with.

The two allegedly had constant fights whenever her scenes with Nick were aired this season. But according to Reality Steve, the relationship between the two is doing okay. The tipster says that the couple is still engaged following the final rose ceremony, and they are in love with each other. If the reports are true, Kaitlyn is the second woman to break Nick’s heart in front on national TV. 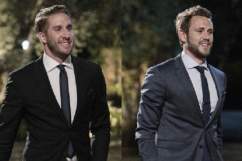 Shawn Booth Vs. Nick Viall: Who Won ‘The Bachelorette’ 2015? 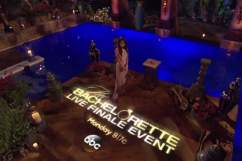 ‘The Bachelorette: After the Final Rose’ Special 2015 Spoilers & Predictions