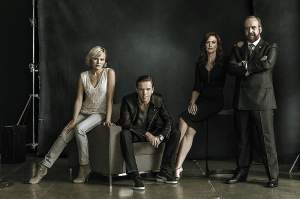 Showtime’s hit TV drama, Billions has hit the ground running since its January 17 premiere. While the cable network initialy had high expectations for the program — with it’s stellar cast —it’s gone above and beyond them.

Billions — the embodiment of a hodgepodge of real-life Wall Street happenings — gives its viewers a deep look into the corrupt world of hedge funds. It pits U.S. Attorney Chuck Rhoades (Paul Giamatti) against his biggest legal challenge yet, Axe Capital’s Bobby Axelrod (Damian Lewis). Although Rhoades is privy to Axe’s illegal practices, the latter’s yet to reveal a hand bad enough for him to compromise his 81-0 record.

1. It Broke a Record for Showtime Premieres 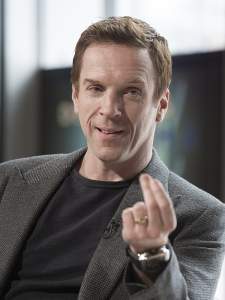 On January 17, Billions raked in 2.99 million viewers for its pilot episode, with $1.4 million watching one-third of its three Sunday airings and 1.6 million viewing it earlier across multiple devices, according to Nielsen. Showtime’s previous record was set by its crime drama, Ray Donovan, at 2.91 million in 2013.

On January 19, Showtime president and CEO, David Nevins, made a statement regarding the feat.

“It’s a testament to the timeliness of the subject matter, the power of its stars and the brilliance of the show creators that ‘Billions’ has had such a big start. I can’t wait for our subscribers to experience how this season unfolds.”

Billions followed its monumental inaugural showing with a 1.59 million combined audience for its two airings on January 24.

2. It Has Already Been Renewed for a Second Season

Interesting enough, the drama made Variety’s “The Most Anticipated TV Series of 2016” list. If Ray Donovan’s sophomore season success is an indicator, then the sky could the limit for Billions.

3. The Axelrod & Rhoades Character May Have Gotten Some Real-Life Inspiration 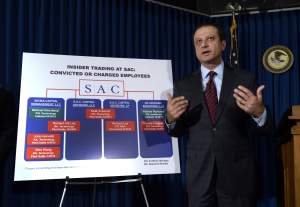 Although Billions’ creators told The Wall Street Journal that there was “no direct correspondence between Wall Street and their cable TV depictions,” The New York Post alleged that the show “appears to be inspired by U.S. Attorney Preet Bharara’s pursuit of criminal charges against hedge-fund mogul Steve Cohen.” The securities fraud case pitted Bharara, a U.S Attorney, against SAC Capital Advisors CEO, Cohen.

On January 13 — less than a week shy of its Sunday night debut — Nevins spoke to Variety about Billions impact on the U.S. market. While he didn’t directly acknowledge any intended correlations — Axelrod to Cohen or Rhoades to Bharara — he did address its real world consistencies.

“The show is really a Trojan horse for examining our complicated feelings about class and wealth,” Nevins said. “We have this new class of the super-wealthy in this country. People aspire to have that kind of wealth, but we also are having the discussion about inequality and what’s fair and what’s not.”

Nevin — once a head development executive at Fox — has been searching some 15 years for a story in the investment arena, reported Variety.

4. Axelrods’ Mansion Is Worth $37.5 Million & Really Belongs to a Media Executive and His Wife 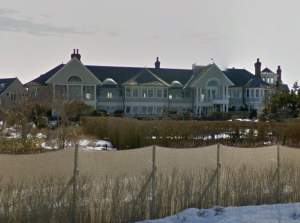 Most people have likely never been so envious of a TV character then when Bobby Axelrod took a dive into his newly purchased $63 million mansion swimming pool. At 12 bedrooms, 12 bathrooms, and 18,000 square feet, the perimeter of the Southampton, New York property is no easy walk in the park.

However, the property itself really belongs to media executive, Michael Loeb and his wife, Margie, according to Curbed Hamptons on January 11.

The site reported that the wealthy couple purchased the 1610 Meadow Lane, property in 2003 for $21 million. After the nine-acre beachfront home was built, they rented it out for a monthly fee of $275,000, a weekly fee of $137,500, and an hourly rate of $800. Among its numerous amenities, the home also has two media rooms, a guest house, tennis court, and a playhouse with a zip line. Homes.com estimates that the property is worth $32,571,200. 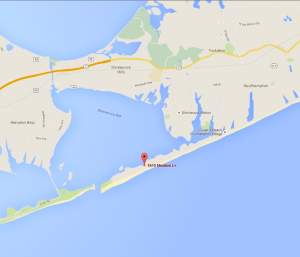 The famous pad has been the site of several high-profile gatherings. Nick Cannon, Randy Jackson, Bret Ratner and several other celebrities have set foot on it.

Showtime — CBS’s premium cable network — is set to license its programming to the U.K.-based Sky PLC in 2016, opening up Billions to five countries in Europe. According to The Wrap on January 21, CBS Global Distribution president Armando Nuñez called it the “most significant deal in Showtime’s history.”

With highly-acclaimed success comes great responsibility; or such is the case in terms of Billions’ viewership. Sky Media reported on its website that it had a total of 11.5 million customers.

The program is also available in Australia through its streaming subscription service Stan, a Nine Entertainment Co. and Fairfax Media.