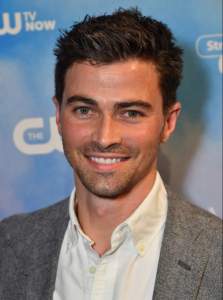 Read on for this week’s General Hospital spoilers and be sure to check back with Heavy for upcoming updates. 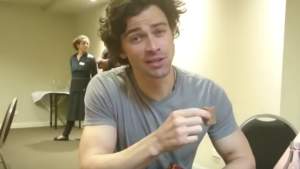 Sonny (Maurice Benard) conversed with Griffin about losing someone close to him to AIDS. While Griffin and Lucas attended medical school together, it’s his increasingly growing bond with Sonny that would solidify their friendship. Nonetheless, Celeb Dirty Laundry speculated on February 8 that “the mention of HIV/AIDS and his friendship with Lucas” could mean that Griffin will be “introduced as a new gay or bisexual character.”

GH currently has four gay characters in Port Charles with Lucas, Brad and Felix (Marc Samuel). Being that Brad is married to Rosalie (Linda Elena Tovar), Griffin’s presence could lead to temptation on Brad’s part.

Griffin is reportedly set to”butt heads over his treatment recommendation” for Jake (James Nigbor). The site reported that this “will come on the heels of Liz having a life-changing moment that changes her course.” Jason has been the victim of Liz’s lies and deceit.

Jason’s Rescue of Sam Will Likely Lead to Love 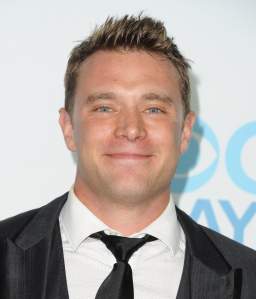 Jason –played by the above-pictured Billy Miller — may see his rescue attempt awarded by a new romance. (Getty)

Further more, Jason’s love life will likely involve Sam , who he’ll rescue from the house fire. GH fans witnessed her trapped inside the basement of Liz’s home while Jake was struck by a car.

On Monday, Jake informs Liz that he didn’t intend to kill Sam. This admission perplexes Liz. The Inquisitr stated that Liz “will reconnect with Franco and talk a bit about this situation.” Franco is curious about what Jake said to upset Liz so much. However, Sam is really just suffering from a concussion after falling down a staircase. We Love Soaps reported that Jason tries to locate her before something worse happens.

Read More
TV
Same sex love may be in the air for Port Charles's newest resident while Jason tries to rescue Sam in this week's General Hospital spoilers.