Kaley Cuoco has a new man in her life and he’s leaps and bounds above her past lovers. Her new beau, Karl Cook, is a professional equestrian rider and a rising star in show jumping in North America and Europe.

Cuoco, who also rides, first boasted about Cook on her Instagram after he won a Grand Prix competition on March 13. The Big Bang Theory announced her divorce from husband Ryan Sweeting last fall and was linked to Arrow actor Paul Blackthorne earlier this year.

Here’s what you need to know about Cuoco’s latest relationship.

1. Cuoco Went Public with Her Relationship to Cook in Mid-March

Cuoco, 30, first shared a photo of her and Cook, 25, following his March 13 win for the $50,000 Card Flex Grand Prix. The show jumper snapped the selfie as his new girlfriend wrapped her arms around him.

“Sooo how many wins does that make??? Amazing GP win @hitshorseshows #thermal, mr KC [fist bump and horse emojis) so proud of you! (And entire team!) [heart emoji]”

The couple met up at a shooting range this past weekend. Each wearing ear protection, Cuoco lined up her shot while Cook tried to lick her forehead. She also shared a #TBT post of the two snuggling on the beach where Cook stole another cute kiss. 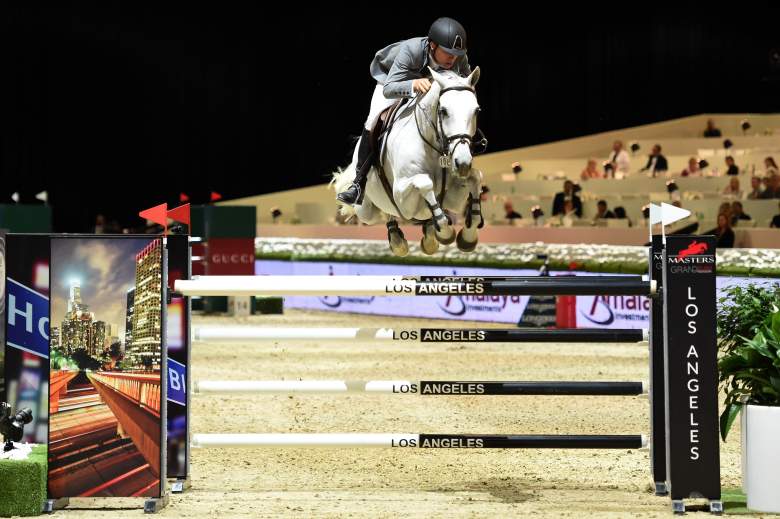 Cook started riding at age 8. He trained at the same farm as his mother did. (Getty)

Cook has been riding for most of his life, beginning at age 8, according to his FEI profile page. For 12 years, he worked with trainers Graeme “Butch” Thomas and Lu Thomas at Willow Tree Farm in his hometown of Woodside, Calif. before switching trainers in 2012.

He has competed in Grand Prix (the highest level of show jumping) shows since 2009. Cook kicked into high gear in 2014, winning four Grand Prix events riding his horses Jonkheer Z, a Zangerscheide stallion, and Basimodo, a Dutch Warmblood. 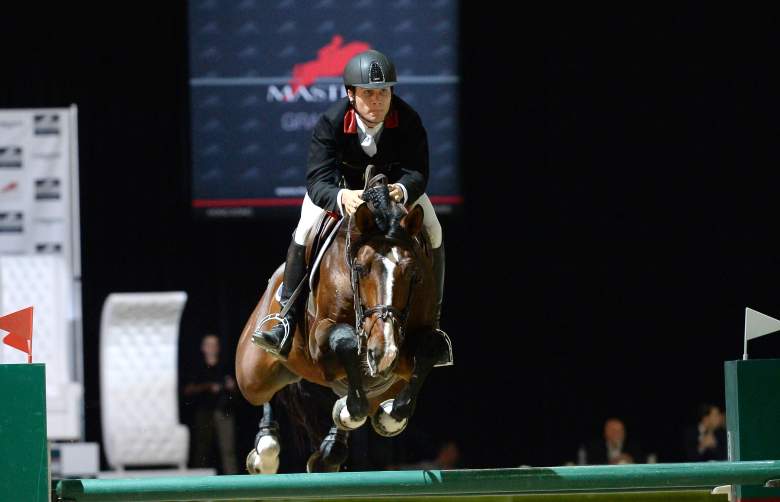 Cook nearly walked away from the sport he loved in 2012 after a number of poor performances. He and his horses had trouble clearing jumps, no matter the height, and it was enough for him to seriously consider his riding future, he told The Chronicle of the Horse.

It sounds silly, but I didn’t know how to do anything else. I really didn’t want to go to school, so it was either that and be very unhappy, or really get after riding.

Instead of quitting, he decided to rebuild his entire training program. He parted ways with his trainers Butch and Lu Thomas, who he had worked with for 12 years, and started working with French equestrian and Olympic medalist, Eric Navet. Cook shipped three horses to Normandy, France to work with Navet, who the young rider had to convince was worth the trainer’s time.

It was difficult to get Eric to agree to work with me—not because of any financial reason, but because he only does things if he really wants to and enjoys it. But we get along really well. We’re both quiet and go about our own business, and we have a good understanding of how things work.

Netty warming up this morning…I could barely contain her super-girl powers ! ??

Cuoco has ridden horses since she was 15 years old. Her Instagram is filled with photos and videos that display her own impressive show jumping skills. Her riding career nearly came to an end in 2010 when she almost lost her foot in a freak accident during a jumping lesson. The actress fell off her horse when it spooked, but still scared, the horse tried to get away and fell on Cuoco’s leg breaking it to the point where her doctor considered having it amputated.

She explained the nasty break during an appearance on The Ellen DeGeneres Show a few months after the accident.

I get to the hospital and we’re in the emergency room… I’m hysterical and the doctor comes in, doesn’t introduce himself, he says, ‘Okay, gotta go over your options. One of them is amputation.’ And all I’m thinking is, ‘I’m gonna have to call work and tell them I have one foot.’

Cuoco missed two episodes of The Big Bang Theory due to the injury, but the writers for the CBS comedy chose not to write her broken foot into the show. Instead, they gave her character Penny a job as a bartender to keep her legs hidden behind the bar.

They’re just going to be hiding me, kind of like when you’re pregnant. So I thought, ‘This is great. I can eat whatever I want, become the size of Texas, no one will know,’ because they’re going to have me bartender.

Cuoco and her ex-husband Ryan Sweeting, 28, announced their divorce in September 2015, less than two years into their marriage. She jumped back into the dating pool with her longtime friend Paul Blackthorne, 47, who stars on The CW’s Arrow. The couple kept their relationship under wraps for the most part, but were spotted at a Golden Globes after party in January.

The romance between Cuoco and Blackthorne was a longtime coming when the two finally got together in December, a source told Us Weekly.

She’s been friends with Paul for years, but it’s recently turned romantic,” an insider dishes. “He is so handsome! She seems smitten. I think she’s a little cautious, but she seems really happy. They were longtime friends so there was already something there and they are seeing where it goes. He’s a nice guy.

Cuoco famously dated her Big Bang co-star Johnny Galecki, 40, for three years early in the sitcom’s run from 2007 to 2010. They remain good friends and remains a juggernaut for CBS heading into its 10th season this fall.