Actress Kristen Stewart was seen holding hands and kissing French singer SoKo (Stephanie Sokolinski) in Paris, reported the Daily Mail. Rumors of a romance between the two celebrities have been brewing for quite some time.

1. Stewart & SoKo Were Also Spotted Together a Day Earlier

Tuesday was the second time in two days that the actress and French singer were seen in Paris being affectionate. The two were first romantically linked together in early March. Rumors started to swirl when SoKo was seen standing by for Stewart at Charles de Gaulle Airport with pink roses, according to Mirror.

SoKo was reportedly “waiting patiently” for Stewart in the arrivals area, reported Daily Mail. SoKo looked down the hallway as passengers left the customs area. Stewart — with only a backpack — eventually appeared and SoKo embraced her.

2. There Is a 5-Year Age Difference Between SoKo & Stewart

There is a five-year age gap between SoKo, 30, and Stewart, 25. Stewart was born in Los Angeles while SoKo was born in Bordeaux, France. On July 13, 2015, Stewart spoke to Entertainment Tonight about how she’s matured with age.

Speaking very candidly, it was a really traumatic period in my early 20s that kick-started something in me that was a bit more feral,” Stewart opens up. “I’m really proud that I am able to move forward and not fall into every mental crater. That’s a new thing for me. Age has made me smarter and calmer. And it is f**king awesome.

On March 21, 2014, SoKo — who suffered multiple losses in her life — dished to MTV about how she was able to turn tragedy into positivity.

I lost my dad and a lot of family members at such a young age. I know it sounds morbid — I was a pretty morbid kid — but it’s actually not anymore how I see it. It gave me that vital passion for life, and will to conquer it all and live and love fully and make every day the best page of the storybook of my life!

3. SoKo Is the Second Woman That Stewart Has Publicly Dated

While most people think that Stewart’s last relationship was Twilight co-star Robert Pattinson — who she dated for six years — she actually had a brief romance with her one-time assistant, Alicia Cargile. The former couple — shown above at LAX Airport — were reportedly “so close” that Cargile met Stewart’s mother, according to to Hollywood Life on June 15, 2015.

On June 15, 2015, Jules Stewart — a Hollywood script supervisor — spoke to Mirror about her daughter’s same-sex relationship to Cargile.

What’s not to be accepting about her now having a girlfriend? She’s happy. She’s my daughter, I’m just her mom so she knows I would accept her choices. I’ve met Kristen’s new girlfriend, I like her. What’s not to accept? She’s a lovely girl.

Before and after Stewart’s relationship with Cargile, her sexuality has been openly debated. She’s continued to remain mum on the issue. Stewart spoke to Nylon in August 2015 about her sexuality being labeled.

Google me, I’m not hiding,” the Certain Woman star said on the matter of her sexual preferences. “I think in three or four years, there are going to be a whole lot more people who don’t think it’s necessary to figure out if you’re gay or straight. It’s like, just do your thing. If you feel like you really want to define yourself, and you have the ability to articulate those parameters and that in itself defines you, then do it. But I am an actress, man. I live in the f–king ambiguity of this life and I love it. I don’t feel like it would be true for me to be like, ‘I’m coming out!’ No, I do a job. Until I decide that I’m starting a foundation or that I have some perspective or opinion that other people should be receiving … I don’t. I’m just a kid making movies.

5. SoKo Is a Vegan & Stewart Is a Vegetarian

Prior to becoming a vegan, Stewart was partaking in a lot of unhealthy habits, which Twilight director Jake Scott attributed to her work on Welcome to the Rileys.

“She ate badly, smoked tons of cigarettes, stayed up late. She embraced the habitual nature of the character.”

On October 19, 2010, Stewart spoke to PEOPLE about altering her toxic diet.

“Well it’s kind of embarrassing but I’m playing a vampire soon. I eat disgustingly normally. And so, right now, I’m trying to not put so much butter in my food and stuff like that.”

Stewart’s Twilight co-star Taylor Lautner spoke to MTV in November 2011 about he and Stewart’s health routine, which he abandoned once he didn’t have to be shirtless any longer.

Me and Kristen went nuts working out, because we hadn’t worked out for any of the previous films. Before the shirtless scenes in the movie, Pattinson made an effort to avoid empty calories and exercise more. The changes were only temporary though. I had good abs for, like, two weeks. As soon as I didn’t have to be shirtless anymore, my good diet habits were gone immediately.

SoKo has remained health conscious as well, not wanting to be involved in hurting animals. In 2015, she told PETA that she felt “much healthier about herself since she began eating only plant-based foods.” She elaborated to the animal rights organization about the cause, which hits home for her.

“Having a heart and having emotions and compassion for other living creatures. I think that’s good.” 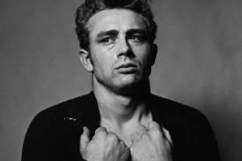