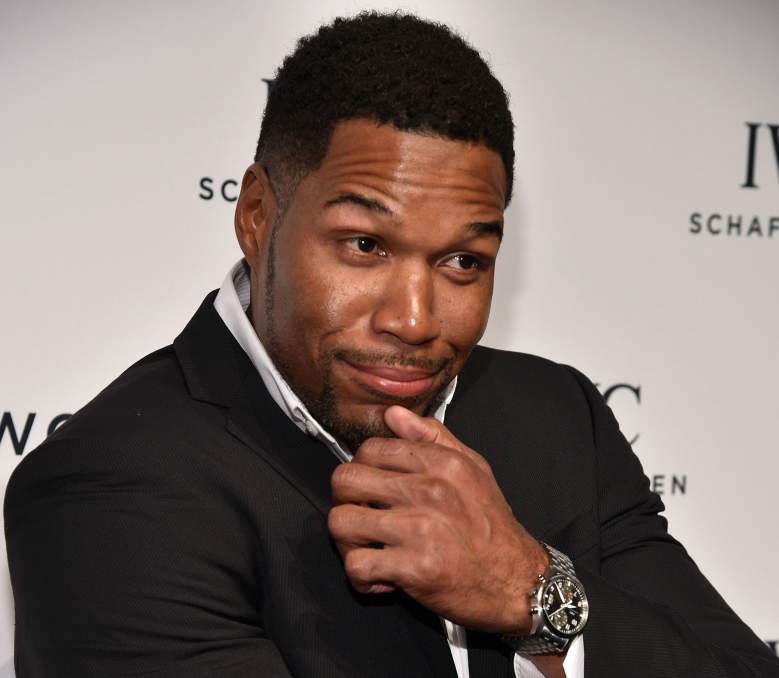 Strahan, 44, has successfully transitioned from sports analyst to television personality. Before working in front of the camera, he played professional football for the New York Giants for his entire 15-year career. 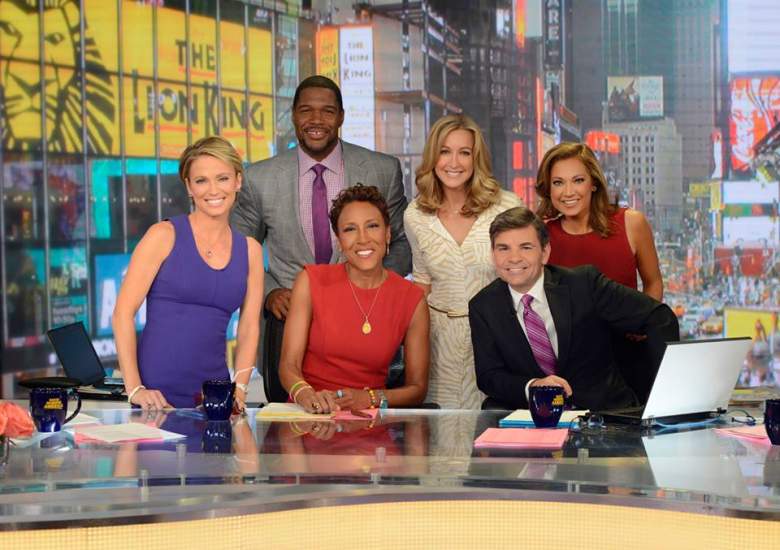 ABC News announced on Tuesday that Strahan will transition to Good Morning America full time in September. His exit from Live with Kelly and Michael will likely come over the summer.

“I look forward to continuing to work with the incredible team at GMA. It is an exciting opportunity to be able to bring unique stories and voices to the audience,” he told The Hollywood Reporter in a statement.

2. Strahan Started Co-Hosting ‘Live With Kelly and Michael’ in 2014

Strahan will finish up his fourth season as Kelly Ripa’s co-host over the summer. (ABC All Access)

Following a 10-month search, Live chose Strahan to replace Regis Philbin as Kelly Ripa’s co-host. She and Philbin had worked together since 2001 when she took for Kathie Lee Gifford, who worked beside Philbin for over a decade on the syndicated talk show.

“My time with Live with Kelly and Michael has been transformative, and my departure will be bittersweet. Kelly has been an unbelievable partner, and I am so thankful to her and the entire team. I am extremely grateful for the amazing support I’ve received from all of the fans,” he said in the statement.

Strahan started making guest spots on Good Morning America in 2012. He would co-host two times a week while continuing his duties at Live. Over the last two years, he has covered a wide range of interviews and stories including the reunion of two Green Berets who survived a firefight in Afghanistan and a visit with Jennifer Lopez to her childhood neighborhood.

“Over the past two years on GMA, Michael’s proven to be a tireless and versatile broadcaster with an incredible ability to connect with people, from veterans and all kinds of newsmakers to a host of modern American cultural icons,” ABC News President James Goldston said in a statement.

4. ‘Live’ Will Kick Off a Search for a New Co-Host This Fall

Ripa is back on the market and looking for a new co-host. She will kick off her search this fall when the show enters its 31st season. Ripa has co-hosted the show since February 2001 when she replaced Gifford as Philbin’s co-host. Live was recently renewed through 2020.

After Philbin’s exit in 2011, Ripa auditioned 60 men and women over 10 months to join her at the desk. In July 2012, Showbiz 411 reported her choice came down to three possibilities including singer Josh Groban, Saturday Night Live head writer Seth Meyers (who went on to host NBC’s Late Night) and Strahan.

5. Strahan Will Continue to Co-Host ‘NFL on Fox’

In addition to his GMA duties, Strahan will continue to co-host NFL on Fox during the NFL season. He joined the pre- and post-game show in 2008 and serves alongside Curt Menefee, Terry Bradshaw, Howie Long and Jimmie Johnson.

Strahan played in the NFL for 15 years, spending his entire career with the New York Giants, and retired in 2007. He set the franchise record for most career sacks and set the NFL single-season sack record in 2001. In his final season, he won his first NFL championship when the Giants defeated the New England Patriots in Super Bowl XLII.