Grace and Frankie returns for season two on Friday and love is in the air for both ladies. Grace is reuniting with an old flame and Frankie is trying to make things work with her yam man.

The first season of the Netflix comedy found Grace (Jane Fonda) and Frankie (Lily Tomlin) starting their lives over again in their 70s after their husbands, Sol (Sam Waterston) and Robert (Martin Sheen), revealed that they were leaving them for each other. Opposite in almost every way, the two women had to learn to live together when neither was willing to give up the beach house their families had bought together.

Grace and Frankie‘s 13-episode second season will premiere at 3 a.m. ET (midnight PT) on Friday, May 6 on Netflix. See what’s ahead for the ladies in the upcoming season.

Who’s in the Hospital? 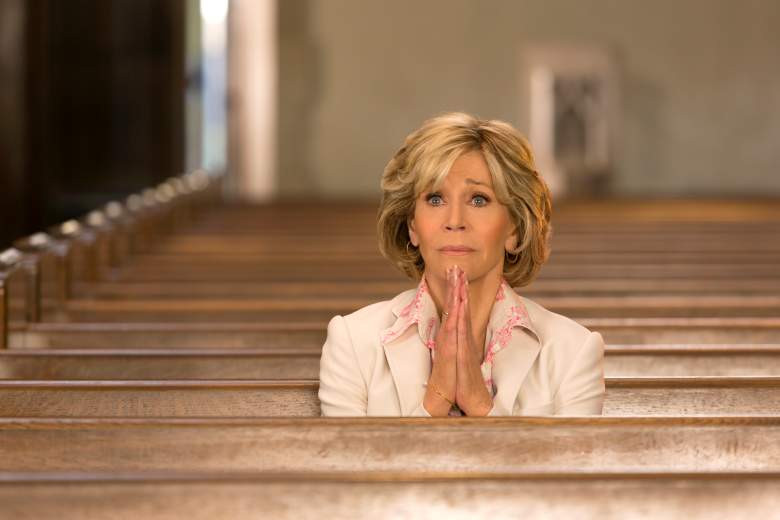 Is Grace praying for the recovery for whoever is in the hospital? (Netflix)

Season two starts with a trip to the hospital for one of our lead characters, and based on who’s in the waiting room, it’s either Robert or Sol. Did the shock of Sol’s confession that he slept with his ex-wife Frankie give Robert a heart attack? Did Sol have a panic attack while trying to confess?

While they wait, Frankie finds it’s a good time to tell her boys, as well as Grace’s daughters, that she had sex with their father. It’s a little too much information for the children, especially when she starts going into detail. 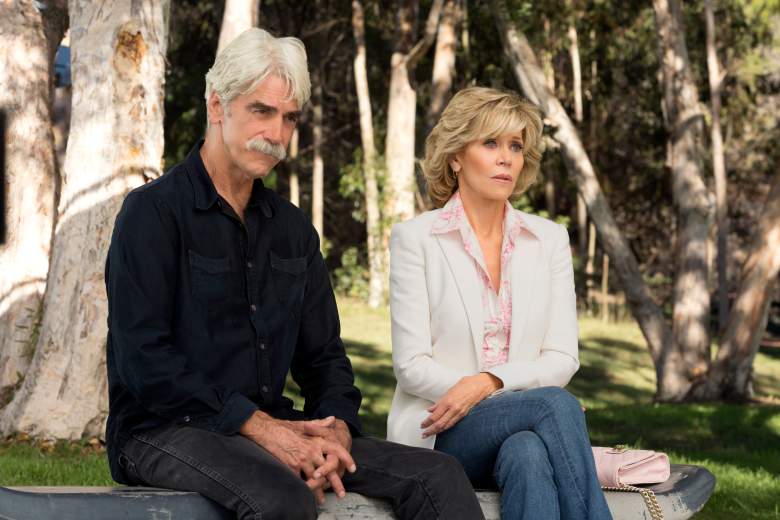 Grace is looking for love again. Will she and Phil start a new life together? (Netflix)

Last season, Frankie suggested Grace vlog about her feelings to learn what she truly wanted in her life when she was struggling to break up with her boyfriend Guy (Craig T. Nelson). During her self-therapy session, she spit out the name “Phil,” her old flame who she hadn’t thought about in years.

It looks like Phil, played by Sam Elliott, has been thinking about Grace, too. He requested her as a friend on social media, and they are heating things up pretty quick.

Elliott has already enjoyed some success on Netflix this year. He plays the father of Ashton Kutcher and Danny Masterson on The Ranch, which was recently renewed for a second season. The second half of season one will air later this year. The 71-year-old actor also starred opposite Tomlin in Grandma last year.

Frankie Is Stalking Her Yam Man 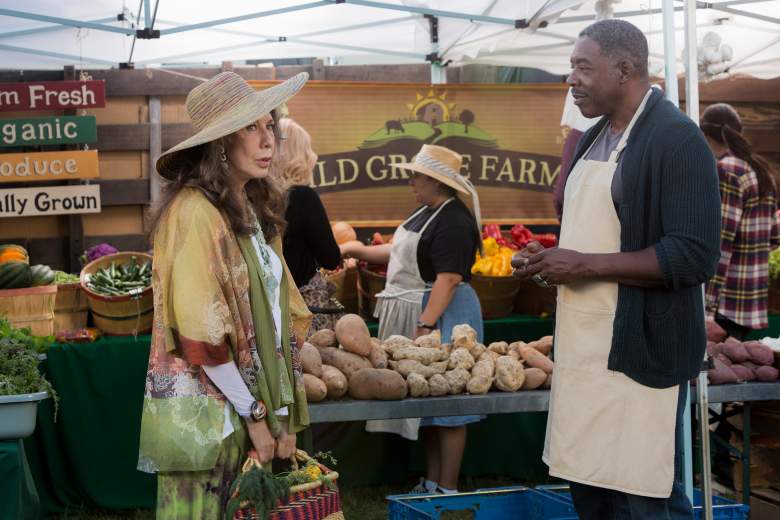 Jacob wasn’t too happy when Frankie stood him up for a date twice. (Netflix)

Frankie is trying to make another run at her yam man, Jacob (Ernie Hudson), after she stood him up twice last season. She’s taken to stalking him at the farmer’s market where he has a stand and prove to him that she had moved on from her ex-husband Sol.

Hudson is thrilled to part of such a talented cast and on a show that focuses on a demographic that sees little screen time on television. He told the Huffington Post:

There are more outlets than ever on television now. They need stories, and we’re seeing shows about groups that haven’t been included in the past even though they represent a huge segment of the population. Grace and Frankie says no, life doesn’t end at a certain age.

Sol Has Some Explaining to Do 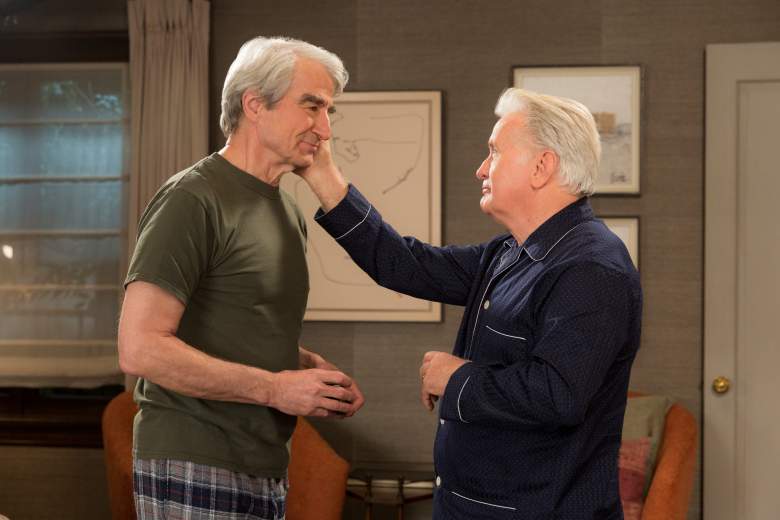 Sol threw a wrench in his relationship with Robert when he slept with his ex-wife. (Netflix)

In the season one finale, Sol and Frankie let the moment of reuniting their family get the best of them when they slept together. He then had to go home and confess to his soon-to-be husband Robert what he had done. The question now is if he’ll tell the truth and if he’ll be forgiven.

It took 20 years for Sol and Robert to finally tell their wives that they were carrying on an affair and were in love. Robert also told Sol that he waited 20 years for him, he would wait another 20 to be with him forever. 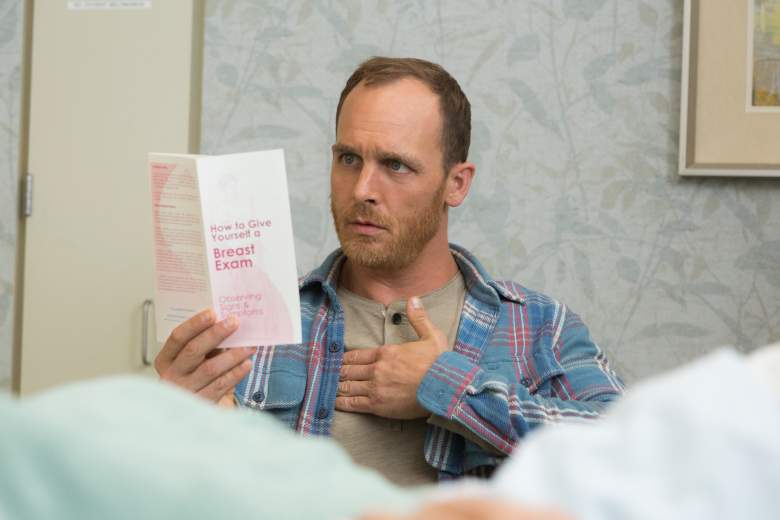 More grandchildren are on the way for Grace. Mallory (Brooklyn Decker) is pregnant with her third child. She spent most of last season trying to forget how Frankie’s son, Coyote (Ethan Embry), embarrassed himself on her front lawn delivering a drug-induced rant to confessing his love to Mallory years after she had married her husband Mitch (Geoff Stults).

Coyote also is looking for his birth mother, a path his brother Bud doesn’t look like he’ll be going down anytime soon. As for Mallory’s sister Brianna, she was last seen dating her company’s accountant, Barry (Peter Cambor).