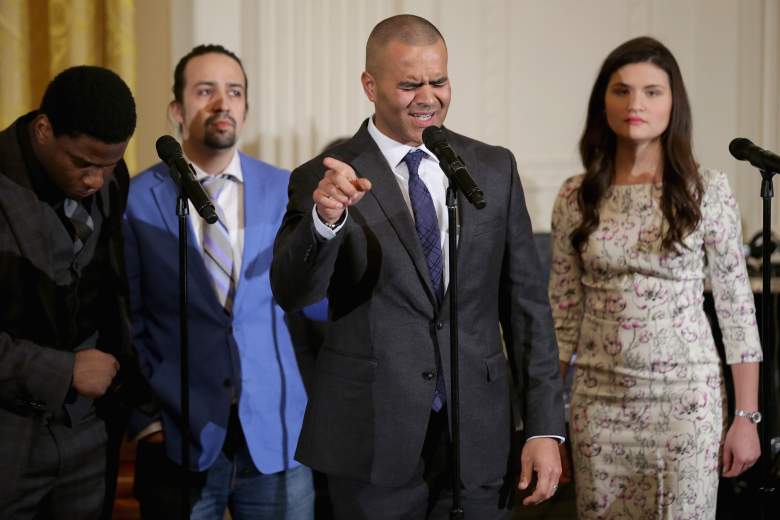 Chris Jackson has been a working actor for many years, but tonight at the Tony Awards is his first nomination, up against two other cast members of Hamilton. It’s a long time coming for Jackson, a Broadway veteran who has never been busier than he has the last few years, landing starring roles in major theatrical productions. Jackson, 40, may be rewarded for his years of hard work with a prestigious Tony Award.

Jackson has had an interesting, varied career as an actor of the stage and screen, as well as in music and songwriting. Here’s what you need to know about him.

1. In Addition to Hamilton, He Has Collaborated with Lin-Manuel Miranda Frequently 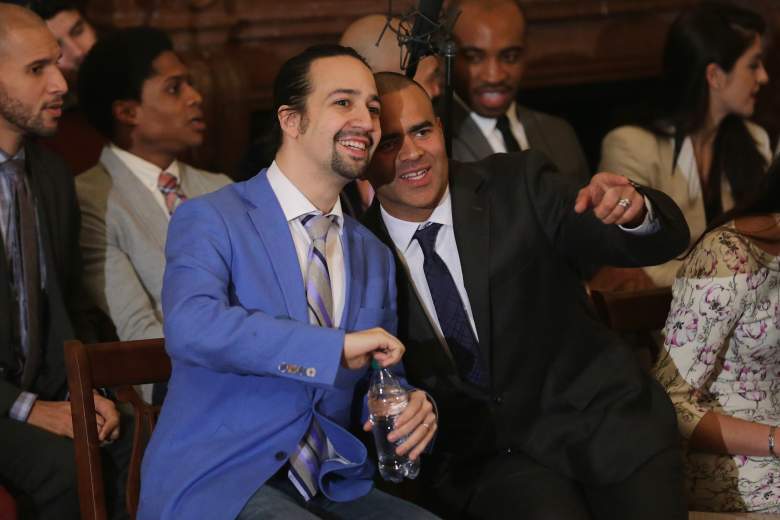 Jackson and Miranda at the White House. (Getty)

Jackson plays the most important Founding Father in America’s nation, George Washington, in Hamilton. But he and Hamilton creator Lin-Manuel Miranda have been working together for years on a number of different projects. One of their earliest collaborations was as members of Miranda’s Freestyle Love Supreme, a hip-hop improv group dating back to Miranda’s days at Wesleyan University. It’s not exactly the bright lights of Broadway, but they still put on shows when there’s time and get featured in Playbill.

In addition to Freestyle Love Supreme, Miranda also created a play in college that would go on to become In the Heights, his first Broadway musical and an instant sensation. When it came time to cast the show in preparation for Off Broadway, he turned to Jackson, his old improv friend. Jackson played the character of Benny, a dreamer with plans of opening his own busniness. He and the rest of the cast performed at the Tonys in 2008, where it won Best Musical.

2. He Will Be in the Main Cast of CBS’s Bull

Not merely a stage actor, Jackson has also found his way onto television shows from time to time. This includes one-off appearances on Person of Interest, The Good Wife, and White Collar, as well as recurring appearances on HBO’s Oz.

In March, it was announced that Jackson had been cast on a CBS pilot in a main cast role. Two months later, that pilot, Bull, was announced as one of several that the network was picking up to series. Bull stars Michael Weatherly of NCIS fame as a psychologist brought into major court cases. Jackson will be playing a stylist in the series.

3. He Was an Emmy Winning Composer For Sesame Street

As mentioned earlier, Jackson has had a varied career. Not content with just singing songs, Jackson has also done a lot of composing of his own. In 2010, he released an album of songs entitled In the Name of Love.

Perhaps even more impressive, Jackson was at one point a composer for the beloved childrens program Sesame Street! In doing this, he composed a number of songs for the program and even got to sing some. One was a Justin Bieber parody of Never Say Never, called Measure, Yeah, Measure. He also sang an original song for the documentary Being Elmo: A Puppeteer’s Journey.

4. His Broadway Debut was The Lion King 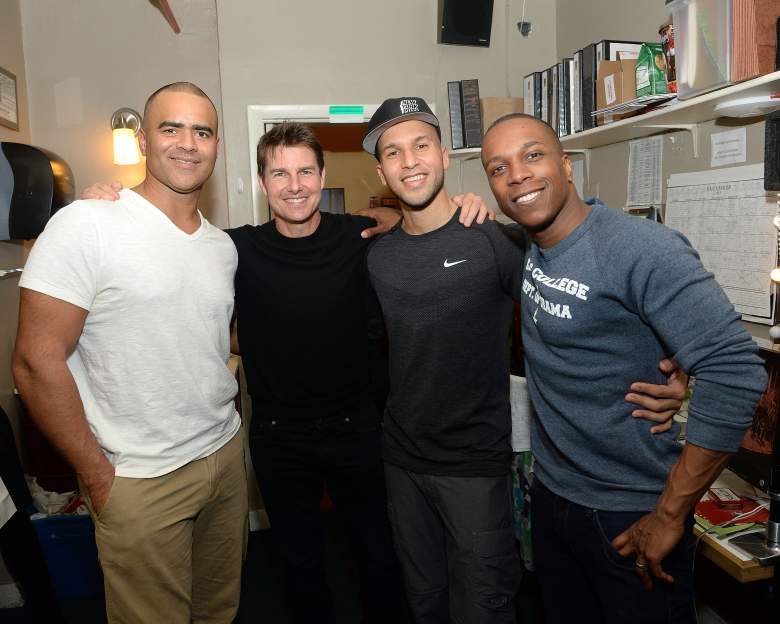 Jackson is a veteran of the Broadway stage at this point. Just a couple of years ago in both Broadway and Off Broadway, Jackson was in major roles in musicals like Hamilton, Bronx Bombers, and Holler If Ya Hear Me, the short-lived Tupac musical. He was also in the aforementioned In the Heights, and was a replacement in After Midnight and Memphis.

But his very first foray on Broadway was in The Lion King starting in 1997. Jackson began his stay with the show as an ensemble singer. He soon worked up to being Simba’s understudy, and eventually the replacement Simba.

5. He and His Wife Veronica Have Two Children, One of Whom is Autistic 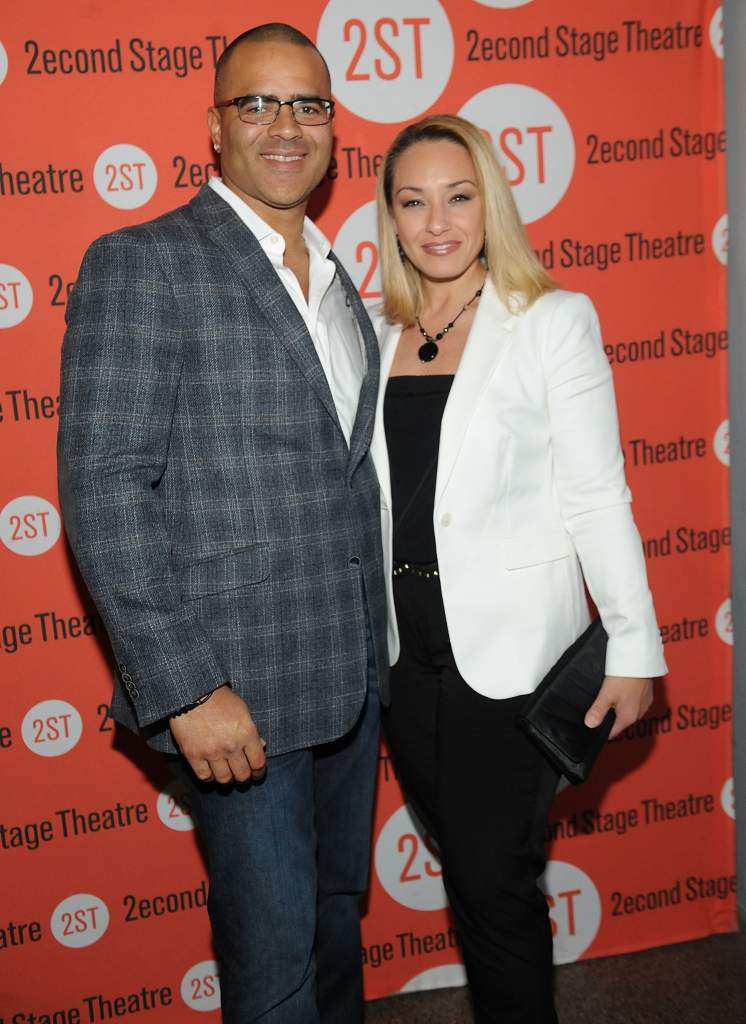 Jackson and his wife at an Off Broadway premiere in May. (Getty)

Jackson and his wife, Veronica, have two children. Their son, C.J., is 11. Their daughter, Jadelyn, is 6.

One day in 2007, Jackson was preparing to perform the very first Off Broadway production of In the Heights. 5 minutes before showtime, Veronica called him to deliver news: C.J. had been diagnosed with autism. Jackson told Playbill, “I didn’t know what that meant. I didn’t know where to go… I’d never heard the word autism before.”

In searching for answers, Jackson found Autism Speaks, an organization promoting awareness and help. Jackson and his family have since become involved with the organization, participating in awareness walks. He told the Daily News, “The more I share with the world in terms of what we’ve been dealing with our son, the better… I’m all about raising awareness and using whatever notoriety that I have to bring the issue to bear.”